Peace Now: “It turns out that there are many ways to support illegal outposts, and the government does not miss any of them. The establishment and maintenance of these outposts is against the law and the government´s decision, and it is exactly the opposite of a “National Service.” The time has come for the current government to stop supporting crime and start enforcing the law in the outposts.”

It is worth mentioning that besides the national service, there are also volunteers serving their pre-army service year at different illegal outposts. However, this report does not deal with these cases since they work under a separate system in cooperation with the Ministry of Defense. 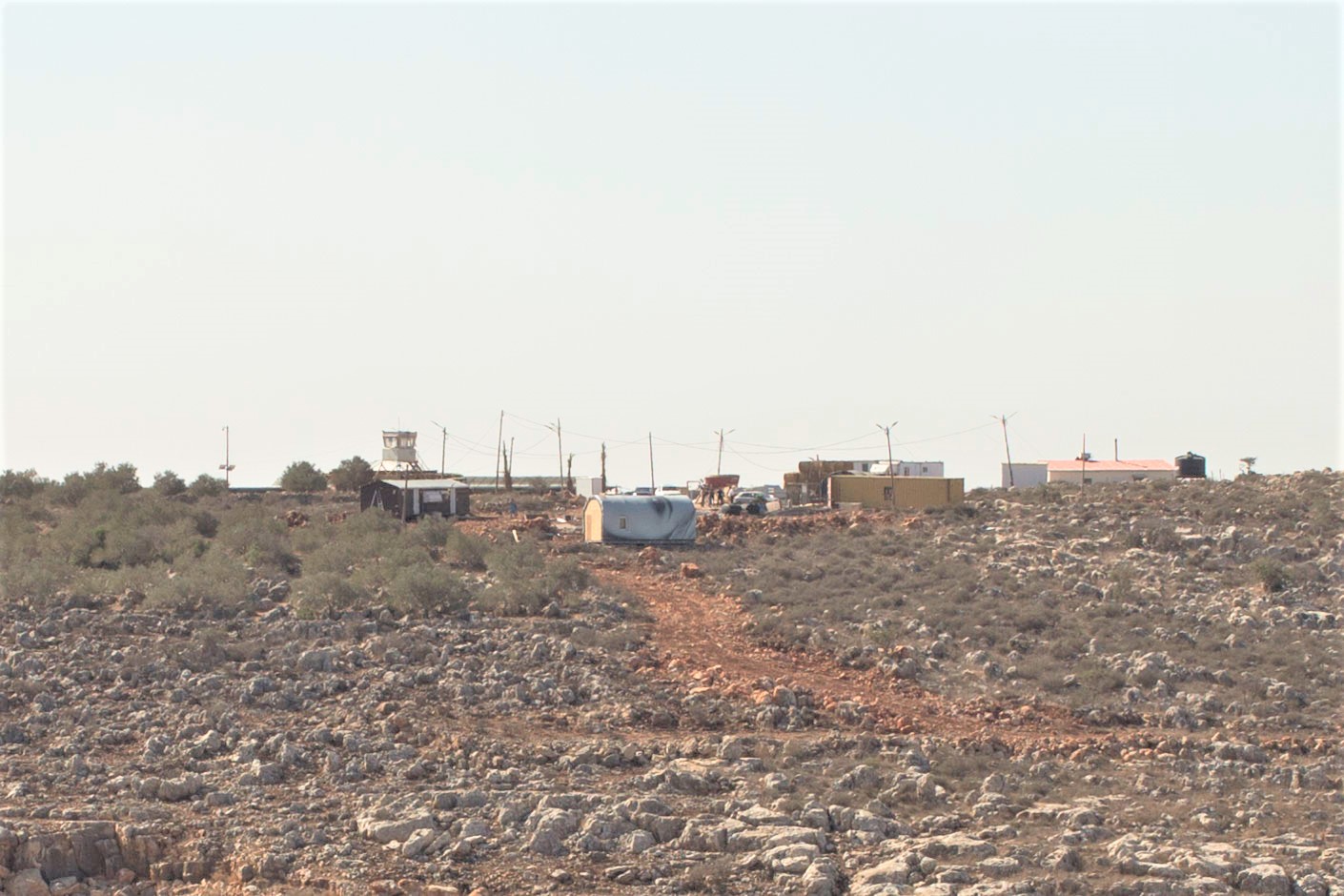 The Nof Avi Outpost, near Salfit

According to the Civil Service Authority’s list, there are 638 volunteers currently serving in settlements in the West Bank, most of them in education and welfare institutions. Among them, there is an unspecified number of volunteers that, as mentioned before, are registered under another official settlement, but in fact, they are serving in an illegal outpost. The list explicitly details eight different outposts where there is national service, according to the name of the project and not its address.

In recent years about 50 agricultural outposts were founded in the Occupied Territories, and they control tens of thousands of acres. Thus, with a relatively small investment, settlers are able to take over huge amounts of land and dispossess Palestinian farmers from that same land. For some agricultural outposts, violence is a core practice for taking over the land. The agricultural outposts usually are founded on one family and a few youngsters and volunteers who herd sheep or cows upon a hill and help with the outpost’s maintenance. Among the volunteers, there are girls and boys who are currently doing their national service. For additional information on agricultural outposts, see here.

The owner of one of these agricultural outposts – the Nahal Shiloh Farm – told Haaretz that the work of the service girls would mostly center around taking the herd out to graze in order to block Palestinians, who she argues, “keep ploughing and planting more.” She explained that “in the past, volunteer boys we had here blocked them physically, and didn’t let the Arab farmer plough,” and that “it’s simply a daily battle for the land. My husband planted the trees far apart from each other to take over as much land and block as many lands as possible.”

The Hashomer Judea and Samaria (AKA “Hashomer YOSH”) organization run an assistance program for these farms, including a volunteer program. Some months ago, Peace Now revealed that the Ministry of Agriculture had given millions of Shekels to the Hashomer YOSH organization over the past few years, joining a list of other organizations that had received funding from the Ministry of Agriculture to support illegal outposts. Read here our report on this matter.

Ahavat Olam – next to the Ofra Settlement, north of Ramallah; Hibat Haaretz – near the Ma’ale Amos settlement, south of Bethlehem; Nof Avi – next to the Palestinian town of Salfit;  Tson Keidar (Mitzpeh Yehuda) – Near as-Sawahira ash Sharqiya; and Kashuala Farm – southwest of Bethlehem.

These farms run for-profit businesses, and some of them even run coffee shops, event venues, and B&B. According to the Civil Service Law (2017), non-governmental bodies are allowed to provide national service exclusively in areas related to education, health, welfare, immigration, culture, environmental protection, animal care, road traffic safety, and homeland security. The agricultural outposts do not deal at all with anything related to these areas.

In addition to the volunteers serving through Hashomer YOSH organization, the Civil Service volunteering list also includes national service volunteers in more illegal outposts and sites throughout the West Bank, such as Ginat Eden, north of Jericho, the Mitzpe Dani outpost, and the Sde Bar farm, where large parts of it where built over Palestinian private land. Also near the Alon settlement, you can find the horse farm “Etzel Ruthi baHava,” to do your civil service.

Besides these farms, and as Hagar Shezaf revealed in Haaretz, it is possible to find national service volunteers also at Tene Yarok, north of the Jordan Valley; at Nahal Shiloh, next to Sinjil; at Meshek Mann, in the South Hebron Hills; and at the Pnei Kedem Farm, south of Bethlehem.