On 12/4/22, the head of the Civil Administration signed an order declaring about 22,000 dunams as a “nature reserve” south of Jericho. The declaration was published one week ago. The declaration takes effect 60 days after its publication, and the public may file objections.

This is a huge reserve, the largest that has been declared for 25 years, called the “Nachal Og Nature Reserve”. It includes 22,000 dunams (5,445 acres) of which about 6,000 dunams are private Palestinian land, another part is state-registered land, and most are lands declared as “state lands” in 1989 as part of a wholesale declaration on tens of thousands of acres in the area.

The meaning of declaring a nature reserve is that in addition to the legal restrictions that normally exist in Area C (planning and building laws, etc.), there are additional restrictions that are used to limit Palestinian usage of their lands. For example, owners of land that was declared “nature reserve” cannot cultivate their land, plant any tree or graze their land without an approval from the Nature Reserve Officer.

It is important to mention that any declaration of a nature reserve by the head of the Civil Administration must have the prior approval of the Minister of Defense. This means that Defense Minister Ganz chose this route to take over a huge area deep in the West Bank.

Peace Now: This is not a matter of nature conservation but a matter of taking over land. In the Occupied Territories, nature reserves are one of the many tools Israel uses to dispossess Palestinians of their lands. The Israeli government is losing its shame, and towards what seems to be the end of its political path, it is beginning to run amok and deepen the occupation in every possible way. The occupation cannot be washed away with green colors; The occupation remains a black spot on the State of Israel and it is time to end it. 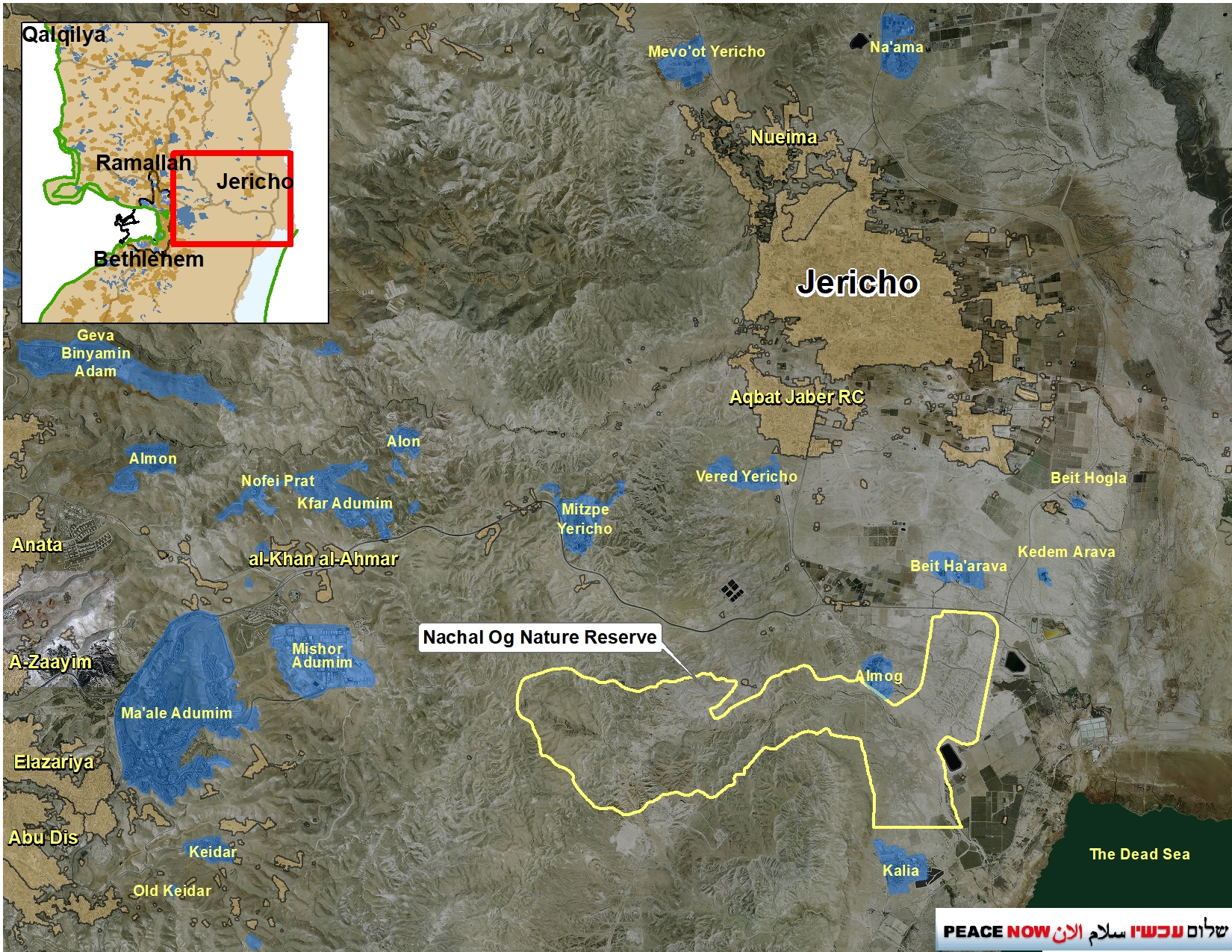 Since the 1980s, Israel has declared hundreds of thousands of dunams in the West Bank as nature reserves and used them to dispossess Palestinians. Immediately after the Oslo Accords in the 1990s, announcements of new reserves were stopped. In January 2020, then-Defense Minister Naftali Bennett announced his intention to announce seven new nature reserves in the Occupied Territories. Then in October 2020, three reserves were declared in the Jordan Valley area, with a total area of ​​10,880 dunams (2,693 acres). 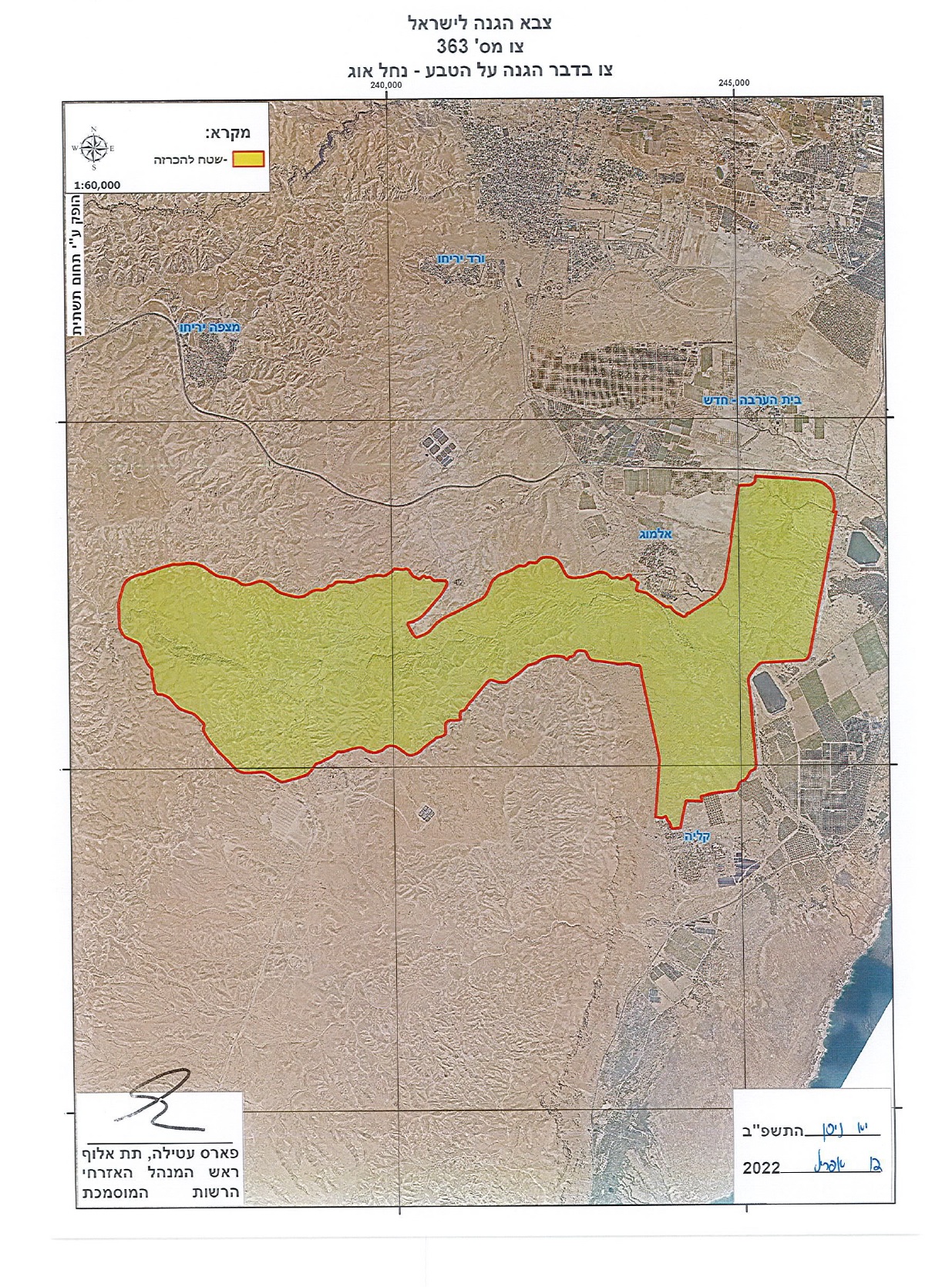 Map of the Nature Reserve from the Declaration Order