On 25 August 2019, settlers moved into the Abu Rajab family’s home in Hebron, known in Israeli media as Beit Hamachpelah.

The Abu Rajab family announced that it would appeal the decision to the Military Appeals Committee, but in the meantime the settlers allowed themselves to enter the house.

To clarify, the decision of the committee to approve the registration itself does not permit the settlers to enter the house – First, the decision whether to establish a settlement and where lies with the Minister of Defense. As far as Peace Now could find, such approval was not granted. Secondly, in the case of the Abu Rajab House, the committee approved registering the house jointly owned with the Abu Rajab family, and in order to make a division of the house, a procedure for decommissioning has to be done, which it has not (in another words, who said which half goes to settlers and which half to the family?). Moreover, an appeal will soon be filed and it is unlikely that the registration will be implemented before the appeal is decided.

Peace Now: “A handful of settlers should not run an entire state and drag us to create another settlement in the heart of Hebron. Even if the Appeals Committee proves beyond a doubt (and there is considerable doubt) that there was a purchase, the decision whether to approve the settlers’ entry is up to the government. It is expected of a responsible government not to submit to the dictates of a small and extreme minority, and to follow a clear policy that takes into account security considerations, the law, and a future Israeli-Palestinian agreement.” 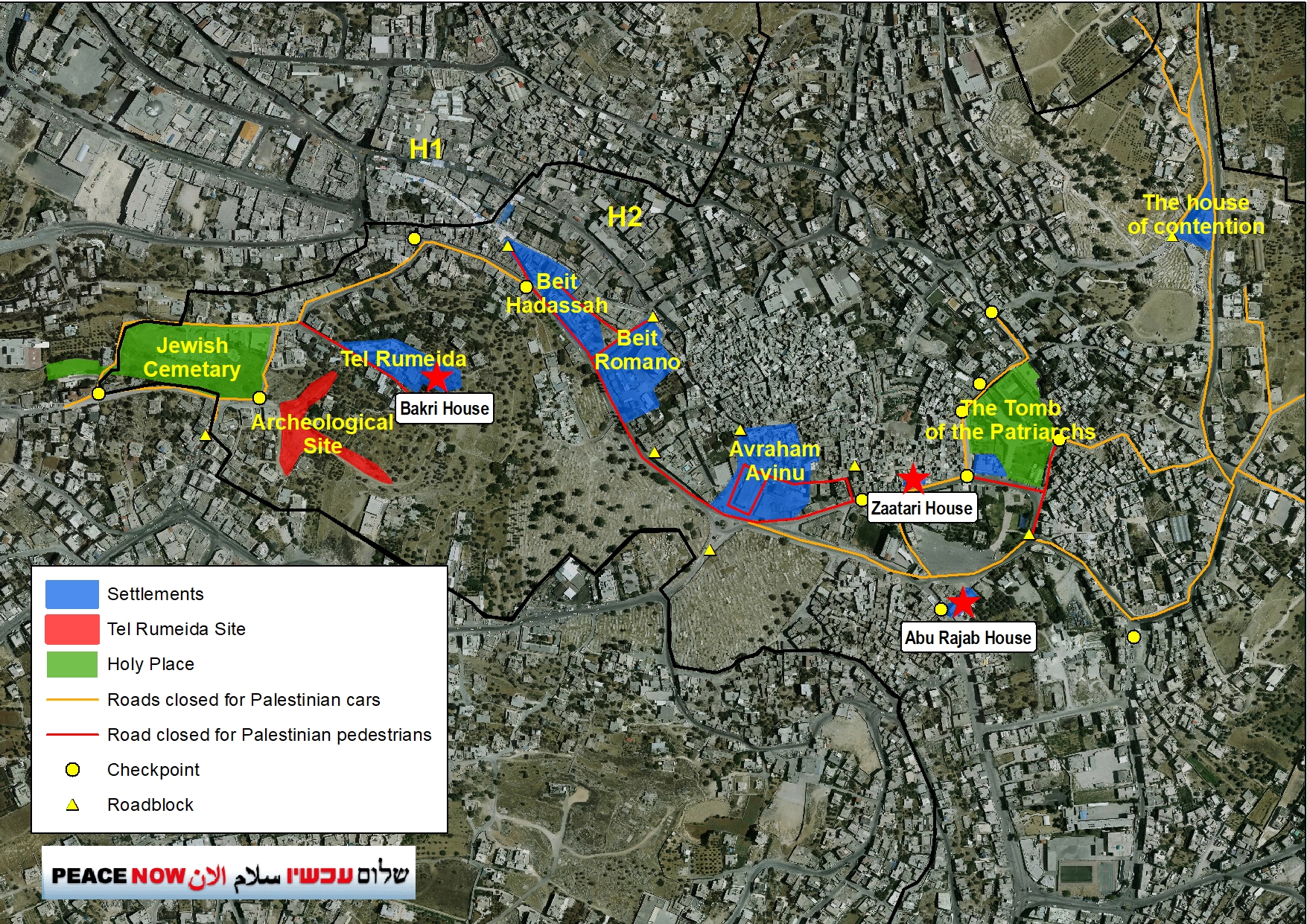 In Hebron, some 800 settlers live in a city of over 200,000 Palestinians. In order to secure the settlers, Israel takes extreme measures to close streets, shops and roads to Palestinians.

The Abu Rajab House is a large building south of the Tomb of the Patriarchs, and can accommodate dozens of settlers. The settlement compound can actually constitute a new settlement in Hebron, since it is not adjacent to the existing settlements in the city. It is located next to Palestinian homes between two Palestinian elementary schools, which suffer from attacks and arrests by security forces due to its proximity to a commuter route used by settlers and buses of visitors to the Tomb of the Patriarchs. In the area around the house, Palestinians are not allowed to travel by vehicle, but are permitted to walk on the street.

Dozens of settlers’ entry into the Abu Rajab house could exacerbate security measures and daily harassment of Palestinian residents who are already having to undergo repeated checks at the nearby checkpoint and sometimes in the street, along with the possibility of changing the range of permitted areas in the area. There is also concern about daily mutual harassment between the settlers and their Palestinian neighbors, and especially with the children of the nearby schools. More security forces may be needed to accommodate the new settlement.

In March 2012, about 100 settlers entered a large building south of the Tomb of the Patriarchs, claiming to have purchased it from its rightful owner. The landlords, the Abu Rajab family, were surprised by the settlers’ invasion as it was the first time they had heard about the purchase claim. Most of the building stood empty because the family, like hundreds of other families living in the settlement area in Hebron, had to leave home because of the heavy restrictions imposed by the IDF on the Palestinians in the area. About a month later, the IDF decided to evacuate the settlers because they had not been properly presented with the purchase documents.

In order to prove ownership, the claimants must first register with the Committee for First Registration of the Civil Administration so that it can publish the application for registration and allow the parties to make counterclaims. Only after this and after a lengthy judicial process can the question of ownership be determined. The settlers applied for first registration, but their request was rejected outright and it was determined that the purchase documents presented were inadequate. The settlers appealed to the Military Appeals Committee, which decided on 30 June 2013 that the First Registration Committee should look into the application.

The Committee for First Registration discussed the application, heard the allegations and witnesses of the settlers and the Abu Rajab family, and decided on 28 December 2015 to reject the settlers’ request to register the property in their name. The settlers appealed to the Military Appeals Committee and on 21 May 2017 it decided to resubmit the hearing again to the Committee for First Registration to reconsider several documents. Following that decision, settlers re-entered the house, and the Abu Rajab family had to appeal to the High Court demanding that they be evacuated. On 12 March 2018, the court ruled that the settlers should exit the Abu Rajab house, and a few days later they were evicted. Immediately afterward, they entered another house in Hebron, of the Zaatari family, on the grounds that they had also purchased it (similar to the Abu Rajab house, even here the first registration process did not even begin before the settlers occupied the home).

The First Registration Committee returned to discuss the settlers’ application, heard additional testimony, and determined on 21 August 2019 to accept the settlers’ claims and register half of the house for the settlers and half for the Abu Rajab family. The committee’s decision is an exceptional one as it decided to accept the purchase claims even though no original documents were presented but only photographs. The committee stated that in the special circumstances of the case involving the purchase a property by Israelis from Palestinians, it is permitted to violate the evidentiary policy:

“Article 107. […] As evidence of this, we were provided with a registration form given by the Property Tax Department in Hebron. This office, which is a governing body of the Palestinian Authority, would probably not have registered [the middleman] as a buyer, if it did not possess and/or seen admissible evidence, in other words, original documents submitted to the Hebron property tax department.”

Attorney Samer Shahada, representing the Abu Rajab family, said it was a strange decision that contradicted the committee’s previous decisions, and that they intend to appeal it to the Military Appeals Committee. He further stated that the committee did not determine which part of the building belonged to whom, and therefore from a legal perspective, in order to allow settlers to enter the home another determination procedure is required, which has not yet occurred.