On 12 June 2020, the Israeli High Court issued an order nisi in response to a Peace Now petition, requiring law enforcement authorities to open an investigation into organized illegal settlement construction in the Hayovel outpost.

Around four years ago, an illegal construction project of some twenty housing units was started to built in the outpost of Hayovel. Peace Now submitted a complaint to the police and to the state prosecutor’s office with evidence showing the Mateh Binyamin Regional Council’s illegal involvement in the settlement construction. Months later, after the police and the state’s attorney’s office did not open an investigation, Peace Now filed a petition to the High Court of Justice.

Throughout the past two years, the state dragged its feet and requested more and more time from the Court to make a decision on the matter. The state reported to the Court detailing meetings held and discussions conducted. However, they failed to open the investigation. On 12 June, the state tested the Court’s patience. The Court issued an order giving the Attorney General and the police an ultimatum of 60 days to explain why they did not open an investigation into suspicions involvement in settlement construction in the Hayovel outpost. This is the first time the High Court is issuing a probation order charging enforcement authorities with opening an investigation on illegal construction in the settlements. 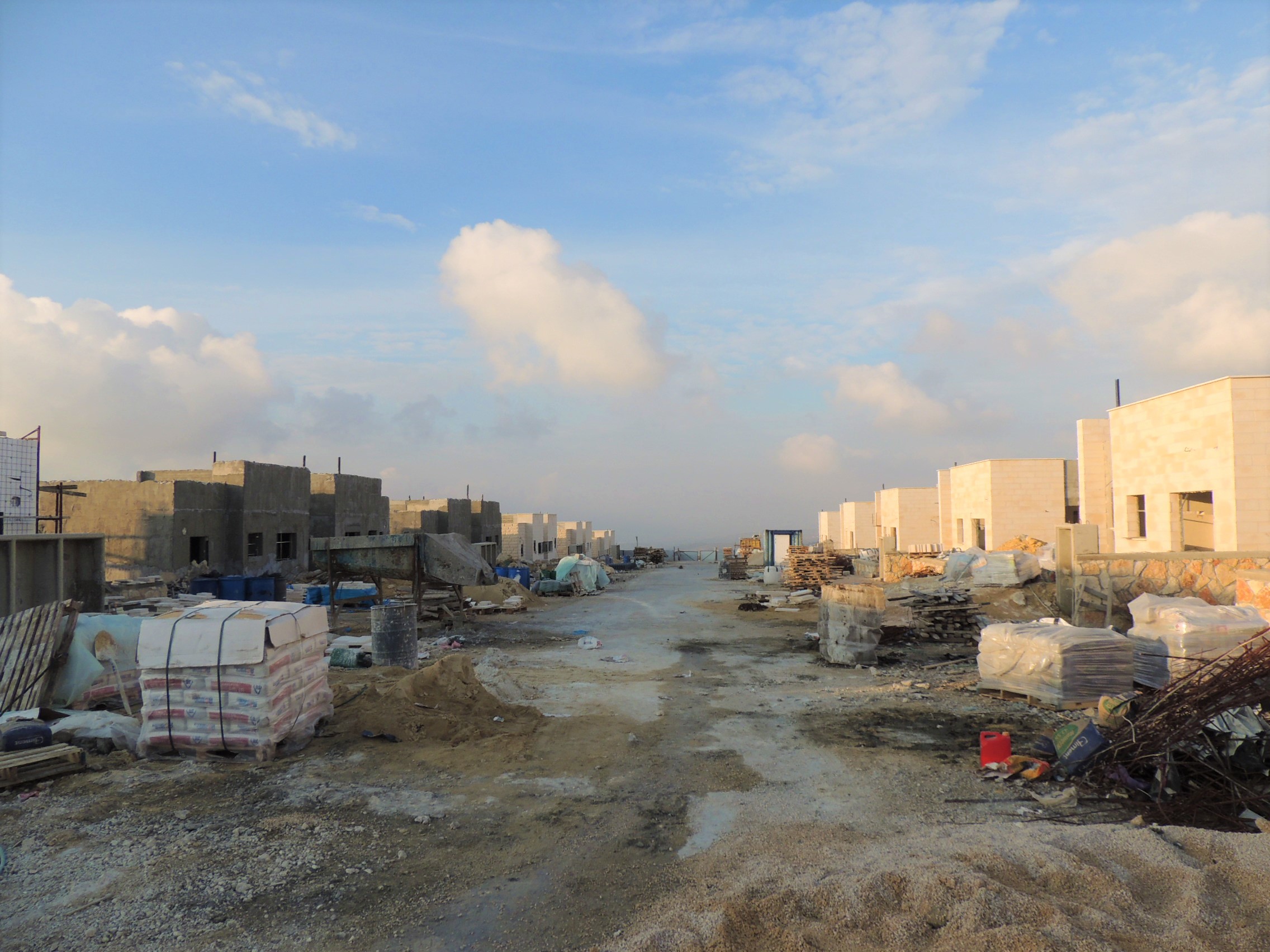 The Illegal project in Hayovel Outpost

Settlement Construction in the Hayovel Outpost

The Hayovel outpost was established in 1998 on the land of the Qaryut village. The outpost was built without the approval of the government and without a building plan or construction permits. In 2005, settlers began constructing permanent homes on private Palestinian land. Peace Now petitioned the High Court to order a halt to settlement construction and demolish houses in the Hayovel outpost. In response to the petition, and after years of debates, the Netanyahu government announced its intention to legalize the outpost and for this purpose, some 189 dunams of the land of the Qaryut Palestinian village were declared as “State Land”. The Court partially accepted the petition and determined that because one of the homes was situated on private land, the land could not be given to the state. It determined that the house should be demolished, but because the government intended to legalize the outpost, the Court did not order the evacuation of the other houses in Hayovel outpost.

Since the High Court proceeding ended, the outpost has not been legalized or had its construction plan approved. It appears that for the settlement leadership, the High Court’s unequivocal verdict that illegal construction is not allowed is merely a recommendation. In September 2016, Peace Now’s Settlement Watch reported that in Hayovel outpost there was a settlement construction project of 14 permanent buildings with some 20 housing units.

In accordance with the Freedom of Information Act, and following Peace Now’s petition to court, the Mateh Binyamin Regional Council was required to give Peace Now relevant information. From this information, it became clear that the regional council allocated NIS 800,000 to support infrastructure for the illegal construction in the Hayovel outpost. It is important to remember that one of the roles of a regional council is enforcing planning and building laws within its jurisdiction. Like in many other incidents in the settlements, local authorities themselves were involved in illegal construction. For more information on the local authorities’ involvement in illegal settlement construction, see Peace Now’s “Unraveling the mechanism behind illegal outposts” report.

It should be noted that the outpost’s leader, Kobi Eliraz, was serving as Assistant to the Minister of Defense on settlement matters in previous years. A few months ago, Eliraz was nominated by former Minister of Defense Naftali Bennett to be in charge of the policy against illegal construction by Palestinians in the Territories (the message of the government is clear: the laws of planning and building are important as long as they apply to Palestinians, but for settlements it is a different story).

Peace Now submitted a complaint to the police and prosecutor’s office through attorney Michael Sfard. Peace Now requested that the enforcement authorities open an investigation against those involved in illegal settlement construction and especially against the authorities that are turning illegal settlement construction into organized crime. After the prosecutor’s office and the police avoided opening an investigation, Peace Now petitioned the High Court in March 2018. In response to the petition, the state updated the Court on the prosecutor and police’s discussions and meetings on the issue. The state has continuously requested more time in order to update the Court with more developments, a likely attempt to stall. Today the High Court decided to issue an order nisi and require the state to make a decision within 60 days.

In these kind of petitions, there is a preliminary hearing in which the government is given the benefit of the doubt. After the preliminary stage, if the Court finds truth to the petition, it issues an order that the government must explain why they have not accepted the petition. The process will then pass to the next stage of discussion where the burden of proof lies with the state. At this stage, the Court signals that they accept the petition in principle and allows the state to respond and defend their stance.

For the authorities’ involvement in illegal construction in the settlements- see the Peace Now report on the mechanisms behind outpost building.