Following Peace Now’s appeal to the Supreme Court demanding the execution of demolition orders issued by the Civil Administration for houses in the Hayovel and Haresha outposts, the state notified the court that it intends to examine possibilities to legalize the illegal construction. This announcement arrived after years during which the official state position was that the demolition orders would be executed, and only the timing had to be decided. In January 2010, after the establishment of Netanyahu’s government, the state’s position on the matter changed, and it notified the courts of its intention to legalize the illegal construction in Hayovel and Haresha retroactively. For this purpose a “survey” procedure (Hebrew document) of the grounds was started in order to determine if the lands could be declared as “State Lands” and then to be alocated to the settlers. Peace Now’s investigation reveals that at least part of the houses in the Hayovel outpost sit on private Palestinian lands, which cannot be legalized.

The following photographs clearly show that a Palestinian olive grove that existed on the site in 1999 disappeared in 2001, when works began in preparation for the construction. 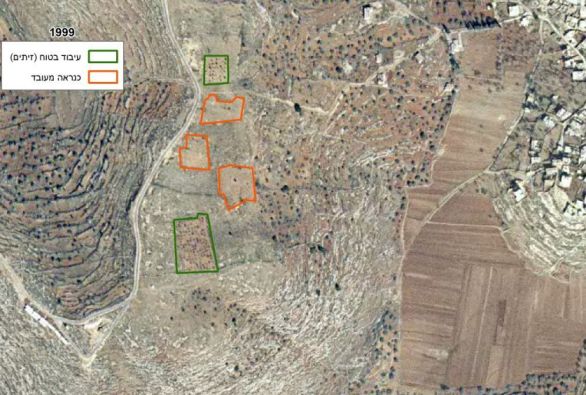 The illegal outpost of Hayovel – 1999 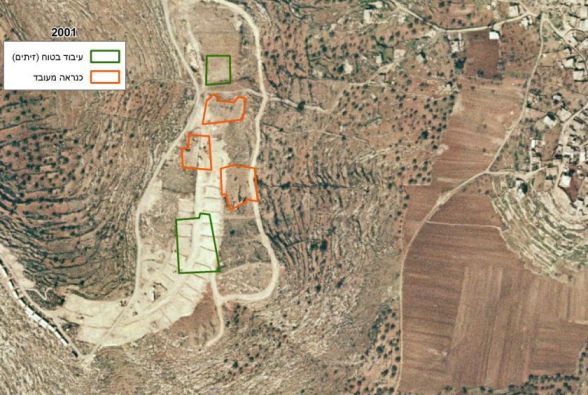 The illegal outpost of Hayovel – 2001 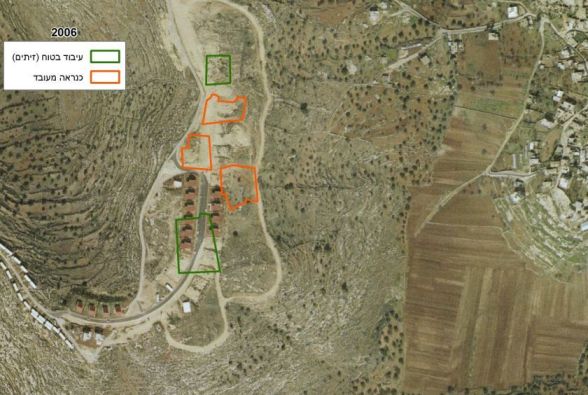 The illegal outpost of Hayovel – 2006

According to reports in the press, one of the houses constructed on the site of the olive grove is the home of Major Eliraz Peretz, who was killed in military action in Gaza.

The story was published in Ma’ariv

For Peace Now position about the homes of the late Maj. Klein and Maj. Peretz in the Hayovel Outpost