In November 2020 a new settlement farm was established on the lands of Salfit: the Nof Avi Farm. Since their establishment they built c. 10 structures for living and for farming including a huge sheep pen with hundreds of sheep. For this outpost, an access road was paved and upgraded. 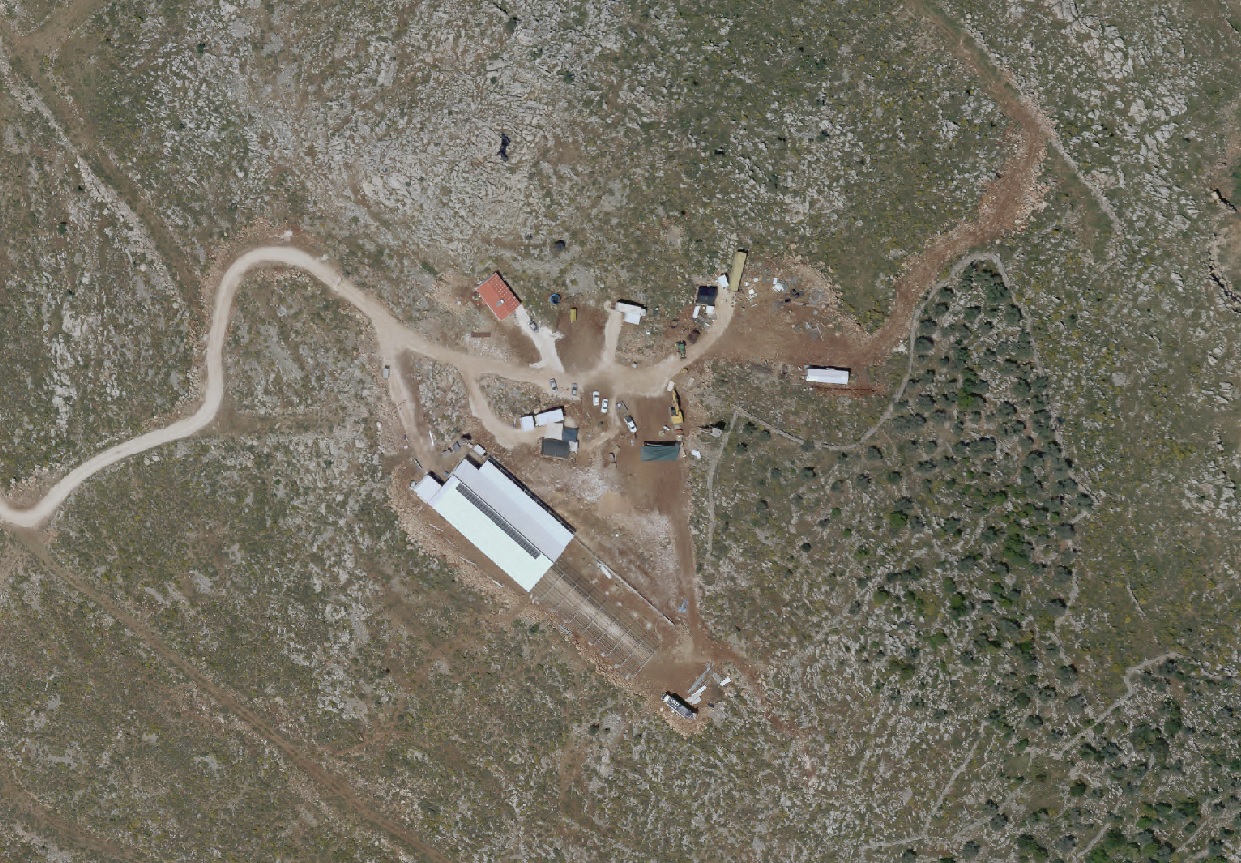 The Nof Avi farm was built on lands that were declared as “state lands” in the past. In the area of the outpost, a new tender was established for the construction of 731 units to expand Ariel to the west and to close off Salfit from the nearby villages of Hares, Kifel Hares and Deir Istiya. See more here.

The government supports this illegal outpost, among other things, by encouraging volunteers to come and work and live in the farm. Peace Now has revealed that the Civil Service Authority recognizes volunteering in the farm as “national/civil service” (parallel to military service). See more here.

During 2020 a new settlement farm was established on the lands of Bidia, and sometime thereafter permanent presence of settlers began in the area. It is a farm in which the settlers grow cattle, and they were many times documented grazing in Bustans and private Palestinian lands in the area of Wadi Kana.

The lands on which the illegal farm was built is part of a few hundred dunams that settlers claim to have bought from Palestinians. In Recent years they are making money of this land by selling parcels to investors promising them that as soon as all the approvals are achieved there will be built a new settlement town in the area – part of it to Ultra Orthodox and part for National religious. There is no official approval for any plan or intention to build their a settlement but the private investors are pushing for it to happen.

An aerial photo taken during 2021 shows that in the settlements in the area of Salfit there were 262 new housing units started to be built, 15 public buildings (such as schools, synagogues etc.), 13 structures for industry or agriculture and one mobile home:

Most of the construction was in Immanuel, a settlement of Ultra Orthodox settlers, that for many years was a failing settlement that didn’t grow, and in recent years started to develop. 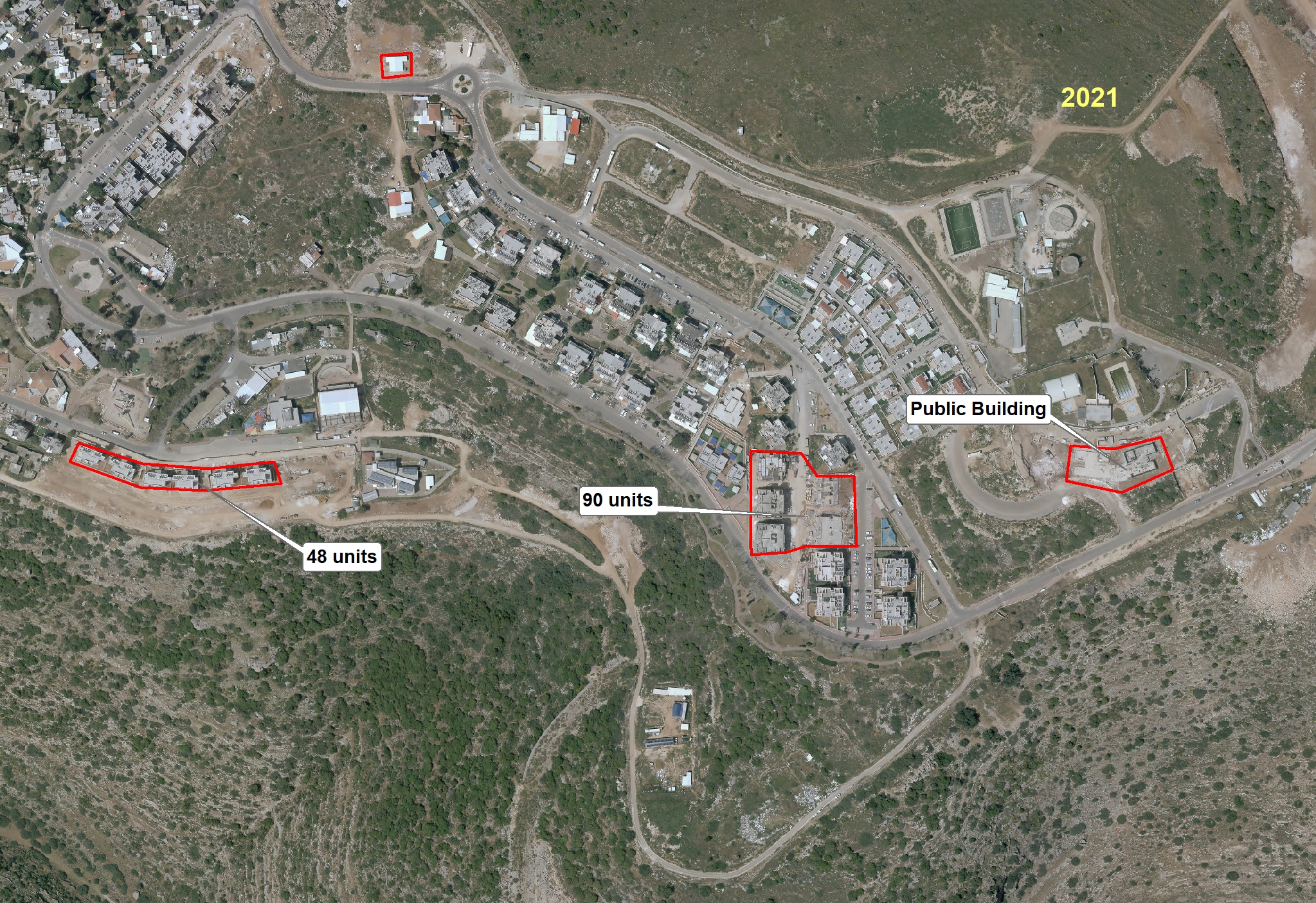 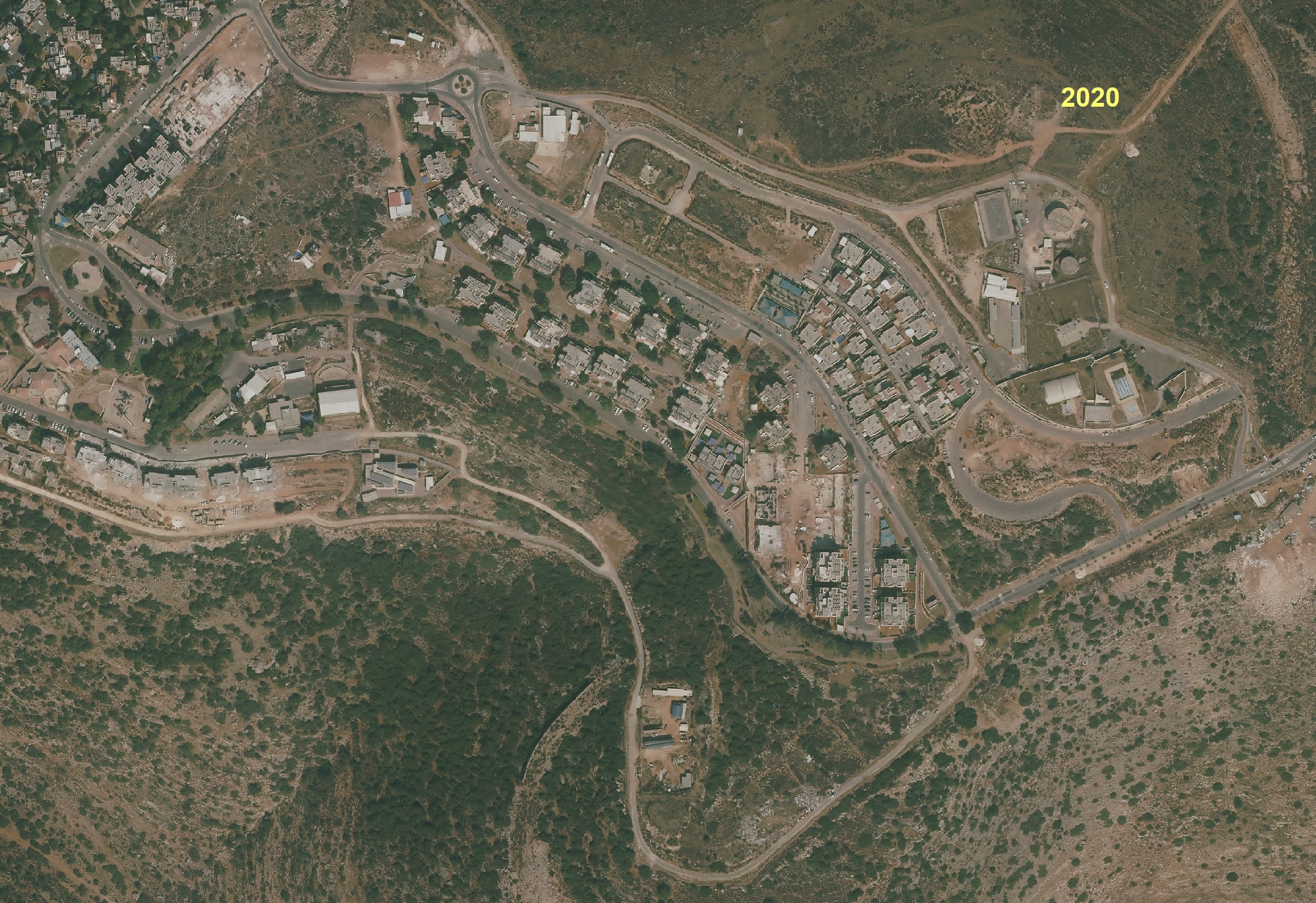 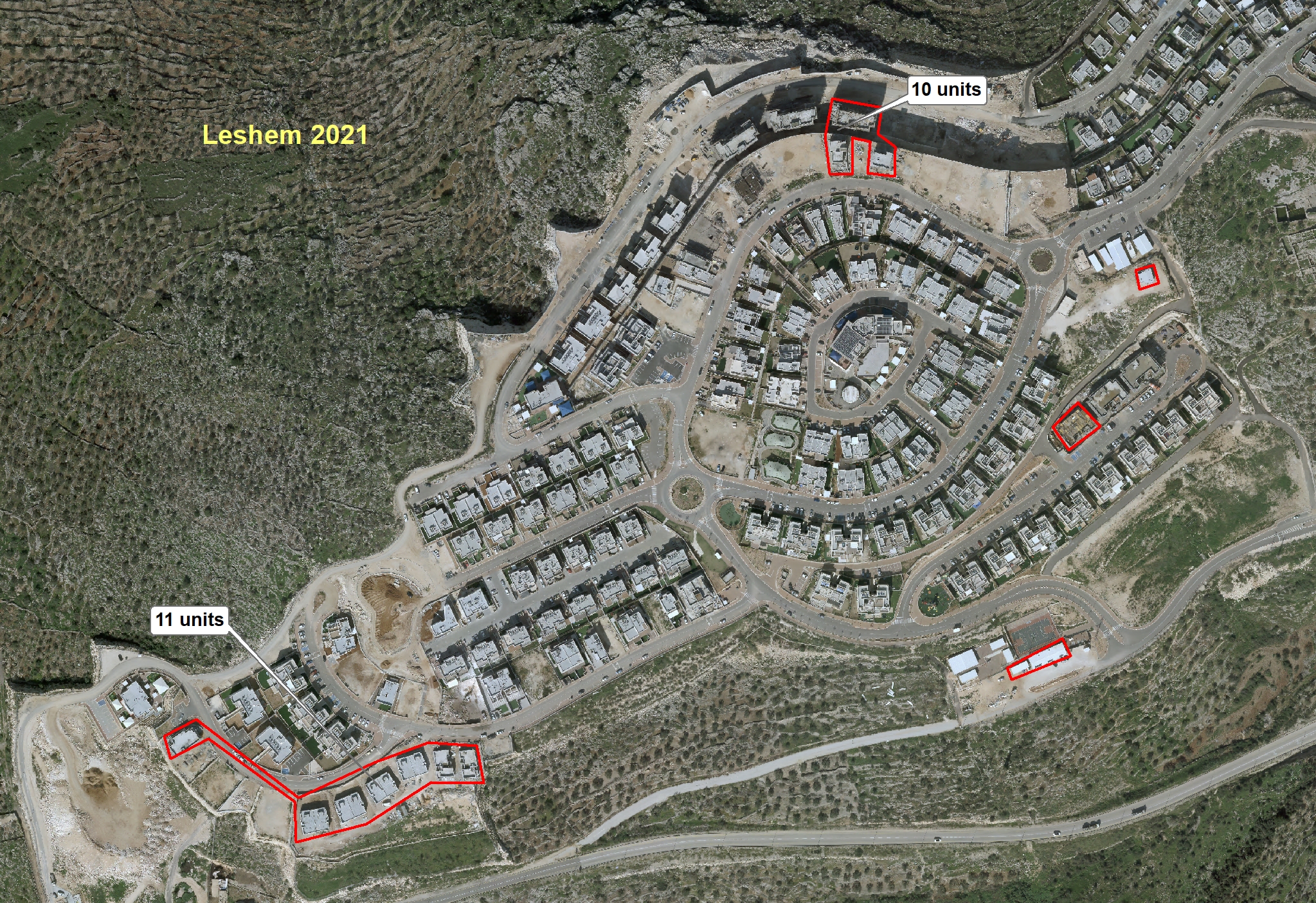 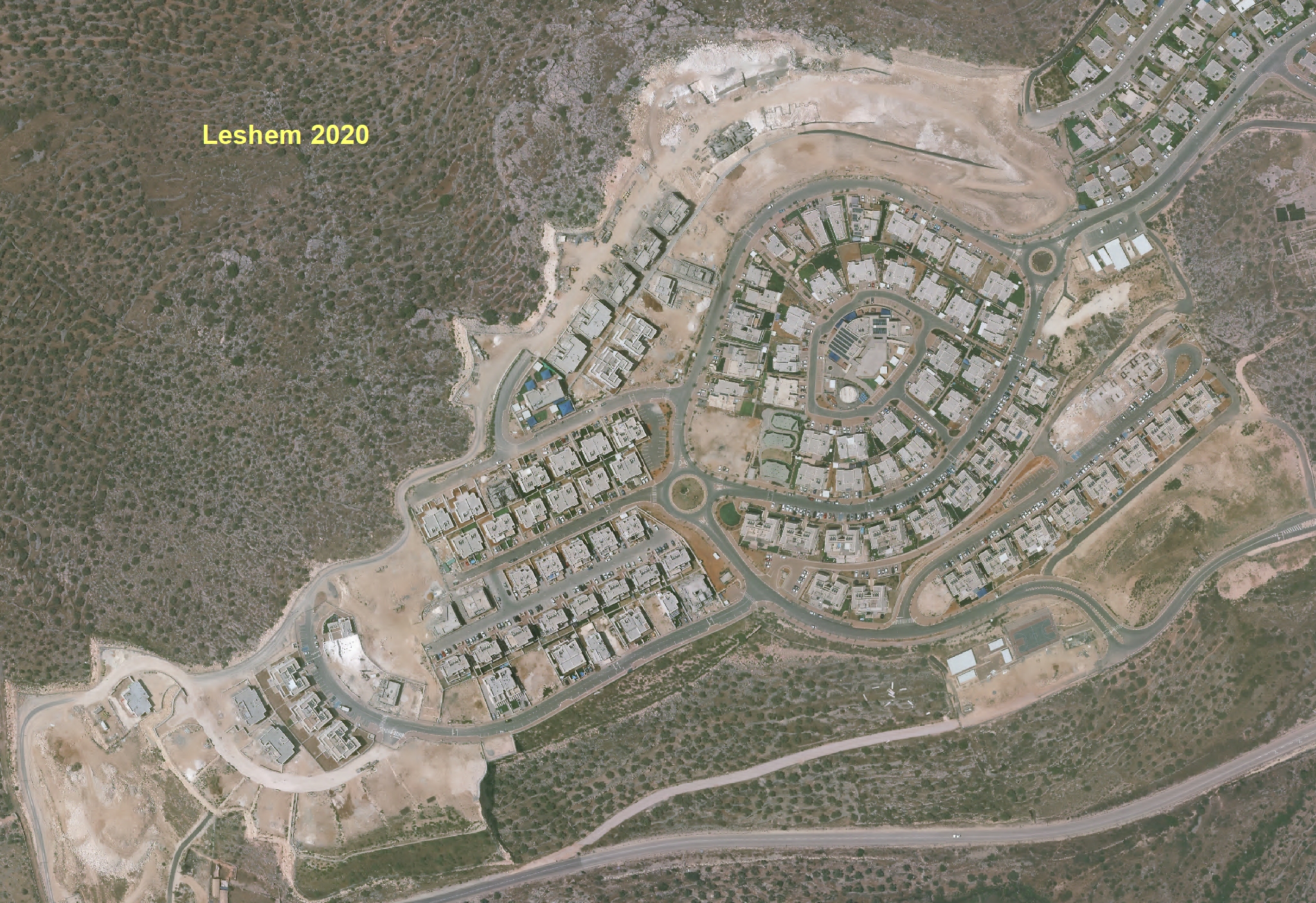