The Civil Administration declared 4,000 dunams (990 acres) as State Land near the settlement of Gva’ot west of Bethlehem. As far as we know, this declaration is unprecedented in its scope since the 1980’s and can dramatically change the reality in the Gush Etzion and the Bethlehem area. For an explanation about state land declaration see here. 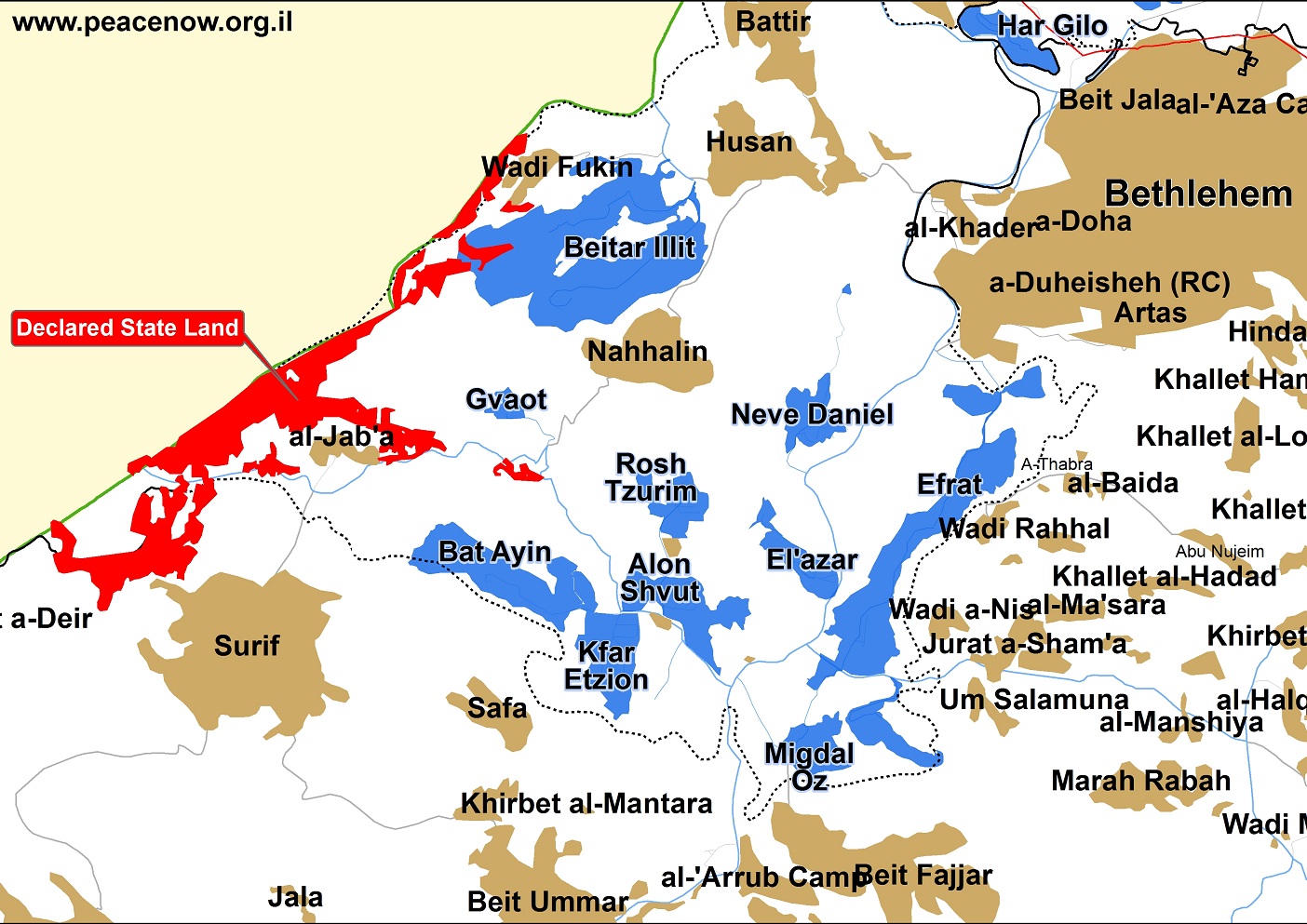 Gva’ot was established in 1984 as a Military Base between the Palestinian villages of Al Jab’a and Nahhalin. During the 90’s, the soldiers were replaced by Yeshiva students that occupied the 30 caravans on site, and in 1998 the site was included within the official Municipal Borders of the settlement of Alon Shvut, which is located 3 km away. Recently, some 10 families moved in Gvaot and established an education institution on site.

In the past, Peace Now has exposed that the Ministry of Housing had an initial plan to build 15,000 units to establish a city in Gvaot. This plan was never promoted, however smaller plans have been approved for promotion by the Minister of Defense to build 523 units (plan no. 418/2/1) and another 61 units (plan no. 418/2/2) on lands that have been declared as State Lands in the past.

The new declaration will allow to expand the settlement even further, it is possible that the current announcement will connect Gva’ot to the Green Line.

Peace Now views this declaration as proof that Prime Minister Netanyahu does not aspire for a new ‘Diplomatic Horizon’ but rather, he continues to put obstacles to the two state vision and promote a one state solution. Prime Minister Netanyahu and Defense Minister Ya’alon are directly responsible to the declaration, which cannot pass without their approval. By declaring another 4,000 dunams as state land, the Israeli government stabs President Abbas and the moderate Palestinian forces in the back, proving again that violent delivers Israeli concessions while nonviolence results in settlement expansion. 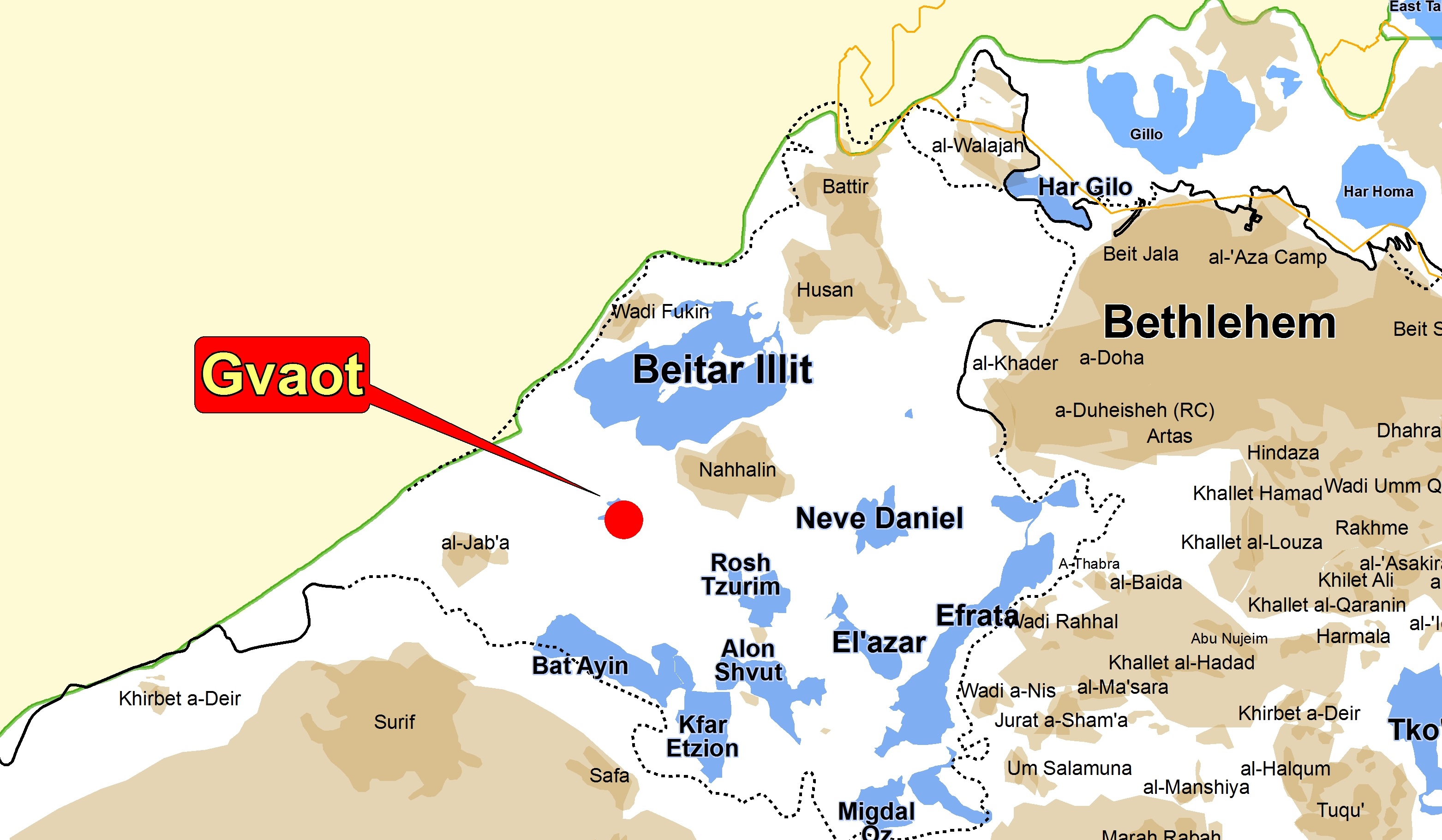