One month ago, the Supreme Court accepted the appeal and petition of Palestinian landowners on whose lands the Mitzpe Kramim outpost was established, and ruled that it should be vacated within three years. The decision was made by a majority opinion of chief Justice Esther Hayut, and Justice Hanan Melcer, against a minority opinion of Judge Neal Hendel, who ruled that the appeal and the petition should be rejected.

Peace Now: This is an important ruling that is a continuation of the unequivocal ruling over the Expropriation Law. The ruling confirms what we have known all along: the land grab in Mitzpe Kramim was not made in good faith, and when there is no good faith “the Market Regulation” cannot be applied and the land should return to its owners. When the state or settlers take control over private lands, or in the name of security needs land is transferred over to the settlers, this is not a real “deal”; it is a clear case of dispossession and plunder that it is impossible to condone.

In 2011 Palestinian landowners petitioned the Supreme Court through Adv. Hussam Younis demanding the evacuation of the Mitzpe Karamim outpost established on their land east of Ramallah. The state initially agreed with most of the landowners’ claims, and even issued a demolition order for all of the buildings in the outpost. However, the settlers filed a civil lawsuit against the state claiming that they have rights to the land based on promises that the state made to them and contracts given to them by the Settlement Division. These contracts grant the settlers rights to the land even though it is privately owned by Palestinians (read more about the settlement division’s control of lands the West Bank). Following the lawsuit, the Supreme Court froze the hearing on evacuating the outpost until the District Court finishes its proceedings. As in other cases, the lawsuit was perceived as another effort of the settlers to buy time.

But during the District Court hearings, the state reversed its position following the changes in policy dictated at the state level. In its summaries, the state argued that the settlers’ claims should be accepted. On August 28, 2018, District Court Judge Arnon Darel set a new precedent in his ruling, claiming that the settlers have rights to the private Palestinian land on which the outpost was constructed. The court ruled that the Palestinian landowners had no right to demand the outpost’s evacuation, but rather then can sue the state for compensation. Judge Darel ruled that in the case of the outpost, section 5 of the Government Property Order known as the “Market Regulation” (Market Ouvert) should be invoked. According to the Market Regulation, when a good faith transaction was made in real estate between the State and a third party, and the State thought that the land was government property, the transaction would remain valid even if the land was not government property. For more information on the District Court ruling, click here. The Supreme Court recently rejected the Regulation Law enacted by the Knesset, which is based on the same principle.

The landowners appealed the ruling, and due to the case’s importance and far-reaching implications, Peace Now applied to join the court as a friend of the court (amicus curiae). Similar requests were filed by Yesh Din, the Association for Civil Rights, and Professor Sandy Kedar. Peace Now presented a professional opinion detailing the implications of the ruling on thousands of housing units in hundreds of outposts and settlements and over 10,000 acres of private land that could be seized due to this ruling. Peace Now also explained the authorities’ involvement in the land grabs, which does not allow “good faith” to be attributed to their actions (for more information on Peace Now opinion, see here). 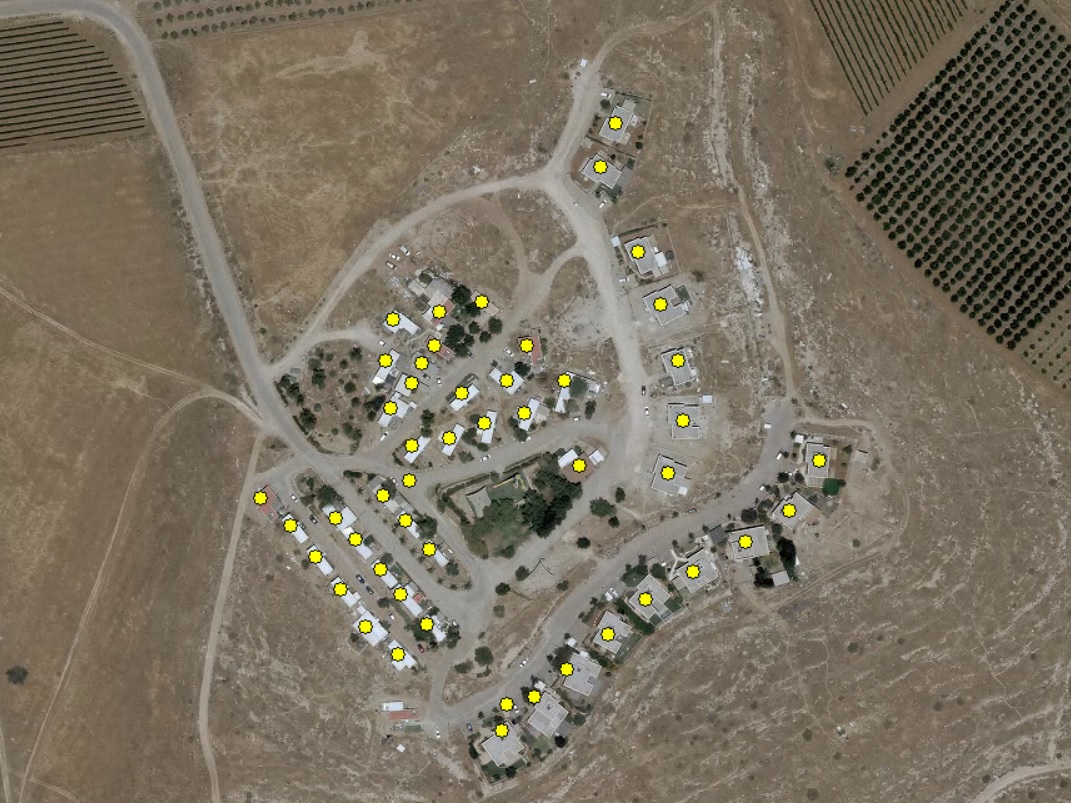 Highlights of the Supreme Court ruling

On August 27, 2020, the Supreme Court accepted the appeal of the Palestinian landowners. Following is a short summary of the ruling:

* The application of market regulation in the context of Israeli control of the territories is very problematic because only the settlers benefit from it at the expense of the Palestinians’ property rights (Article 35 of the ruling).

* It is not possible to claim the good faith of the Commissioner of Government Property (equivalent in the territories to the Israel Land Authority) when the Commissioner turns a blind eye and does not check suspicious warning signs regarding the status of the land. The State acted here with genuine negligence, to say the least (articles 44-45 and article 66).

* The Settlement Division is also obligated to act in good faith, and when it prepares a plan for an area that exceeds about 600 dunams from the area allocated to it, good faith cannot be attributed to it (section 46). [more about the settlement division – see here].

* Area seized for military purposes does not constitute “government property” to which section 5 (the Market Ouvert) may apply (articles 48-52).

In 1999, Prime Minister Ehud Barak signed an “outpost agreement,” which said that the outpost will be moved to another area in order to be legalized. At the beginning of 2000, Mitzpe Karmim was moved to its current location, but this area is also located on private land outside the area that was seized, and therefore, and cannot be legalized. [The court points to contradictions between the testimony of Moshe Ya’alon, who was then the commander-in-chief, and the testimonies of other officials from the Civil Administration regarding whether the outpost moved to the area planned for it by the authorities or whether the settlers moved to another area (articles 9 and 63 of the judgment)].

The District Court ruled that the area was indeed outside the area seized by the government, however the relevant bodies – the Commissioner of Government Property (equivalent in the territories to the Israel Land Authority) and the Settlement Division – sincerely believed that it was within the seized area. Because they honestly and reasonably believed that the area was government property seized for military need, even if it was erroneous, section 5 of the Government Property Order, known as the “Market Regulation” (Market Overt) should be applied and the land allocation should remain in force.

Article of the Market Regulation in Occupied Territories: Those who benefit are the settlers and those who pay are the Palestinians

The Supreme Court’s judgement indicates many difficulties in the application of section 5 or “Market Regulation” in the Occupied Territories (sections 28-37 of the judgment). Ostensibly, the purpose of the section, which is to protect the interest of parties contracting with the Commissioner of Government Property, does consistent with international law. However, since in reality on the ground, almost all the land allocated by the Commissioner was allocated for the benefit of the settlements, it turns out that almost everyone who will benefit from the market regulation would be the Israeli settlers, at the expense of the property rights of the Palestinians, who are the protected persons.

At the same time, the court rules that section 5 should not be repealed altogether, but should be seen as a “kind of market regulation”, in light of the fact that the rights transferred to the settlers are less than the right of full ownership and should expire at the end of the occupation.

Market regulation is a serious violation of the property rights of the original owner and therefore a strict standard is required to examine the good faith of the person in charge of the land, especially when it comes to land that is under a belligerent occupation. It is not disputed that when there are suspicious warning signs about the status of the land, and the authority holder does not acknowledge them – it cannot be said that he is acting in good faith.

In this case, there were many warning signs but the commissioner turned a blind eye: The land is registered and it is easy to know exactly what the boundaries of ownership and plots are; The gap between the seizure order and the outline plan is about 600 dunams, not a few meters that may slip out of sight; In 1999 the government was supposed to find a suitable place for the outpost and eventually it was set up elsewhere; the new site should have been inspected. The conclusion is that this was not an act in good faith on the part of the Commissioner.

The definition of “government property” in respect of which the market regulation is to apply does not include areas seized for military purposes. Although the Commissioner of Government Property manages these areas, this does not make them government property. In the relevant order, the definition of government property is “land purchased for public use” and it simply means expropriating land for public use. According to international law and Israeli case law, such an expropriation cannot be made for the purpose of settlement, and therefore a seizure for security purposes cannot be considered an “expropriation”.

The High Court ruled that the conduct of the state was at least genuine negligence, and therefore it is obliged to find an alternative solution for the settlers of Mitzpe Karmim. For the purpose of finding such a solution, the evacuation will be done within 36 months. Judge Melcer suggested that such alternative solution should be found by establishing another settlement for them in the West Bank.

As for the settlers’ claim that the petitioners did not prove ownership of the land, the court ruled that there is no dispute that it was private land, and for the purpose of enforcing the law on illegal construction on private land, there is no need to determine who the owner is.