On Wednesday, the Knesset will discuss “the Regulation Draft Law” that is meant to legalize the illegal settlement construction on private Palestinian land. I find it hard to believe that such scandalous bill have been brought up as a serious draft law in the Israeli Parliament. It is even more shameful that such a bill is considered seriously and might even pass the preliminary reading in the Knesset this Wednesday.

The draft law by MK Yaacov Katz says that if a builder who built on private lands in the Occupied Territories innocently believed he owned the land – then he will be considered the owner of the land. Or if the government encouraged the construction (by funding or advertising) – the land will be considered state land.

And this is how it is phrased:

a. Where buildings are built on land in the area [the Occupied Territories], with government permission or with its help by installing infrastructures, granting incentives or publishing incentivizing advertisements for the construction or erection of the buildings, the land will be considered state land.

(for the full text of the bill in Hebrew)

According to the draft law, any person who wants to can steal any land he wants to, as long as he does so “innocently.” And if the government wants to, it can simply “encourage construction” on private land and the land will be considered state land.

A Similar draft law was proposed by MK Zevulun Orlev. 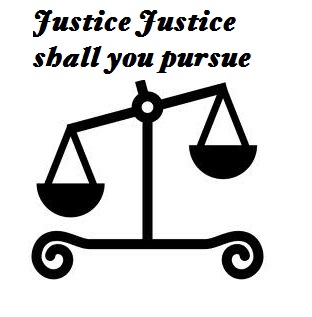 A fatal blow to democracy
The draft law is meant to retroactively cancel Supreme Court rulings that politicians do not like. It is an attempt to change the rules of the democratic game and enable the government to get rid of the restrictions of the law.

The law to legalize theft
The language of the law shamelessly allows the state and the settlers to steal private land. All the state needs to do is to “help build” and all private people need to do is to think “innocently” that the land is theirs – and the land will be theirs by law. In fact, the draft law will turn Israel into a state of thieves that allows the government and private individuals to deal land without any legal procedure.

Legislation in an area that is not part of the state of Israel
The draft law would apply only to Judea and Samaria, namely to an area outside of the sovereign state of Israel which is under military rule. The Palestinian residents that will be affected by the law do not have the right to vote for the Knesset, and therefore this is clearly undemocratic legislation. Minister Michael Eitan (from Likud party) warned that “even our best friends will not be able to defend such legislation that would tarnish us with the stain of apartheid and expose us to the risk of international sanctions” (Yisrael Hayom newspaper, June 3, 2012).