The Jerusalem District committee for Construction and Planning will convene on Wednesday, 6/5/15, to approve Plan no. 11085 for the construction of 1,531 housing units in Ramat Shlomo. The plan was called “The Biden Plan” when during the visit of Vice President Biden in Jerusalem, on March 2010, the plan was approved for depositing by the planning committee.
On October 2013 the plan got its final validation and immediately on November 2013, tenders were issued for 387 units from the plan. However, the construction of the houses had not began because the Planning Committee ordered that before any construction of over 500 units in Ramat Shlomo can begin, new roads and an intersection must be built. Those have yet to be built.
The discussion of the Planning Committee on Wednesday is meant to decide whether the construction can begin despite the fact that such intersection was not built yet.
It is hard to believe that the Planning Committee would convene to discuss such a delicate plan without the approval of the Prime Minister’s Office. We believe that they got the approval of the PM’s office to promote the construction.
Peace Now: “The discussion on Wednesday, together with last Monday’s tenders to build 77 units in Pisgat Ze’ev and Neve Yaacov,indicate that the new Netanyahu government is opening the floodgates to the promotion of plans and construction in East Jerusalem, thus putting an end to the relative-constraint that took place in announcement of new plans and tenders in East Jerusalem since last June. We are afraid that the next step might be tenders in Givat Hamatos, which can harm dramatically the possibility of a two states solution.” 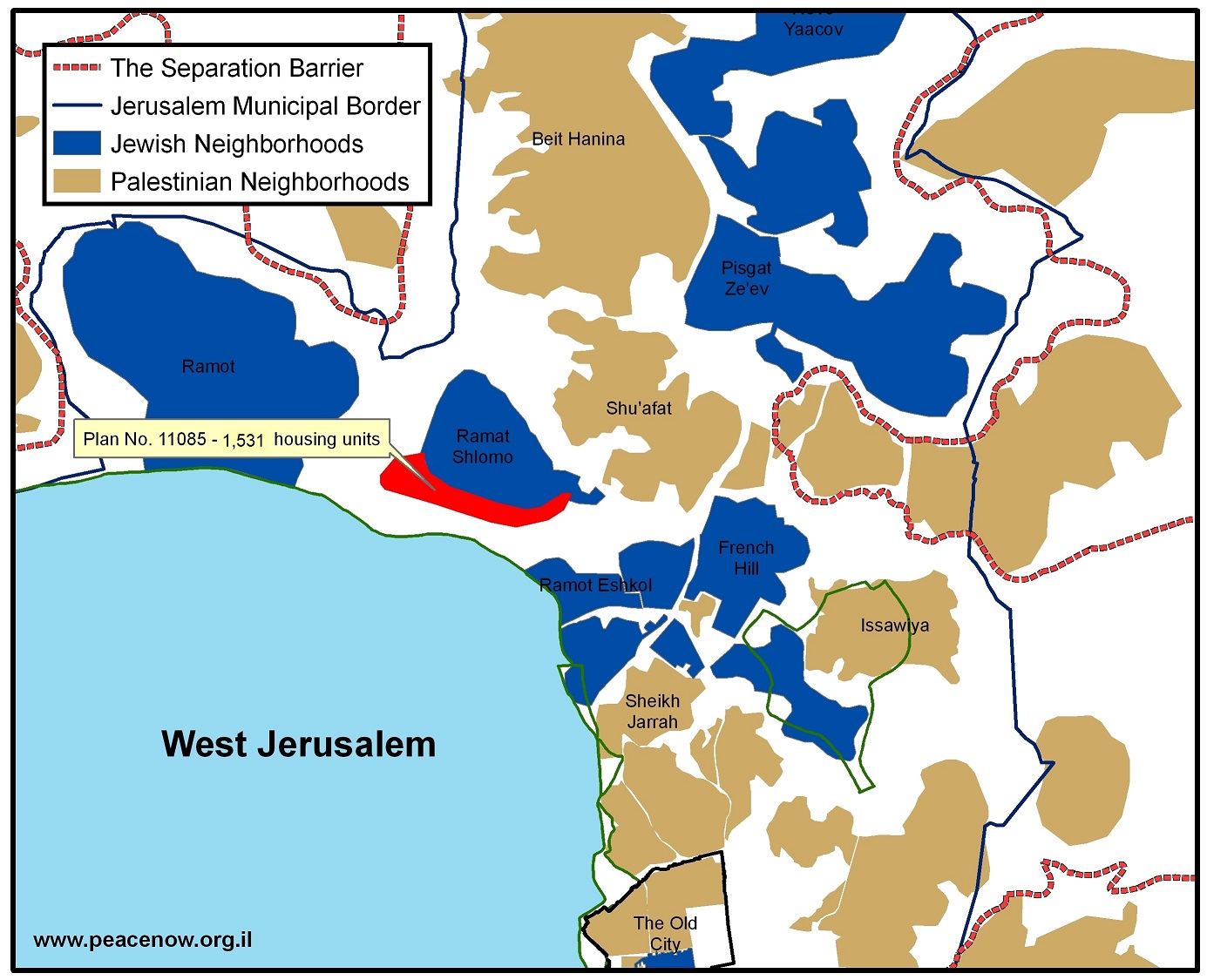