Peace Now: “Instead of putting efforts in planning the area for the neccesary expansion of Beit Safafa and its development needs, the government is promoting another harmful construction plan that will seriously harm the prospect for peace and a political solution. It is still not too late to stop this dangerous plan – we call on Prime Minister Lapid not to allow the right-wing ministers in his government to dictate the political agenda, and to stop this harmful plan immediately. Now that Israel is heading for elections, there is no longer an excuse of coalition constrains to appease the right wing.” 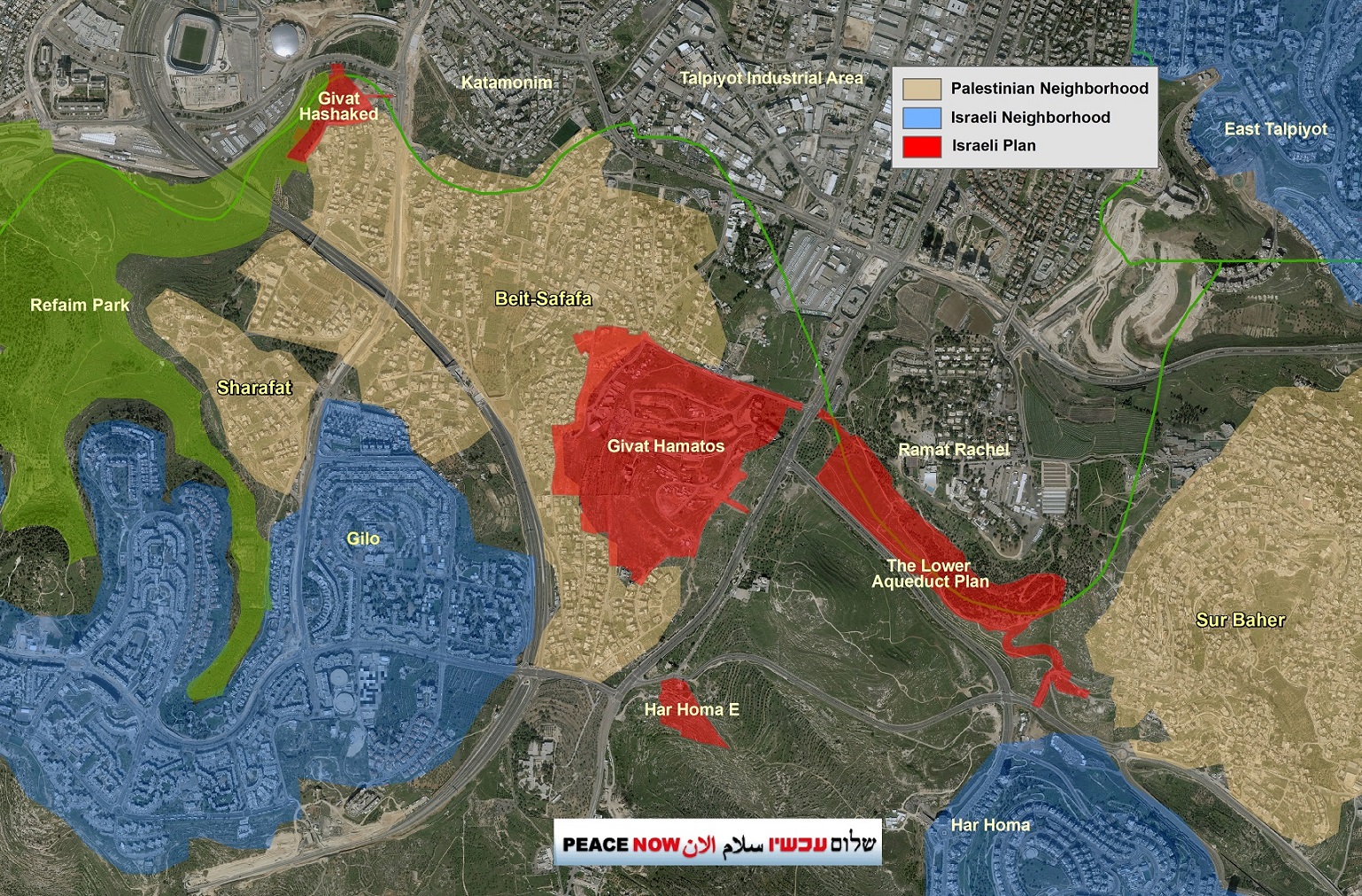 This is a plan initiated by the Custodian General, who in an extraordinary move began initiating plans in East Jerusalem on land under his management. These lands, similar to the lands in Sheikh Jarrah, were owned by Jews before 1948 and then passed to the Jordanians and after 1967 to the Custodian General. This is almost the last land reserve for the development of the Palestinian Shorafat neighborhood, and the new Israeli neighborhood will block its development from the south.

The plan envisages several skyscrapers with 473 housing units. The plan was discussed in the district committee in February this year, and the committee sought to complete environmental inspections before the decision. It also became clear during the discussion that the planners intend to add another 200 housing units to the plan. The plan is now submitted for approval for deposit.

It should be noted that in April 1995, under the Rabin government, the government issued an expropriation notice of about 200 dunams for the purpose of establishing a neighborhood in this area. This announcement, which was the first expropriation in Jerusalem since the Oslo Accords and the peace agreement with Jordan, led to a crisis with the Palestinians and the Jordanians, and was severely condemned by the United States.