Prepared by Peace Now, Kerem Navot, and Combatants for Peace

At the present time, preparations are moving ahead for establishing a new settlement near the Palestinian village of Nahla (south of Bethlehem and east of the settlement Efrat). Establishing this settlement would bisect the West Bank and seriously damage the chance for a two-states solution (as would the plan to expand Maaleh Adumim westward to area  “E1”, east of Jerusalem), and for this reason we call this plan E2. The plan is for 2,500 housing units on an area of about 1,700 dunams (i.e.170 hectares or 425 acres). 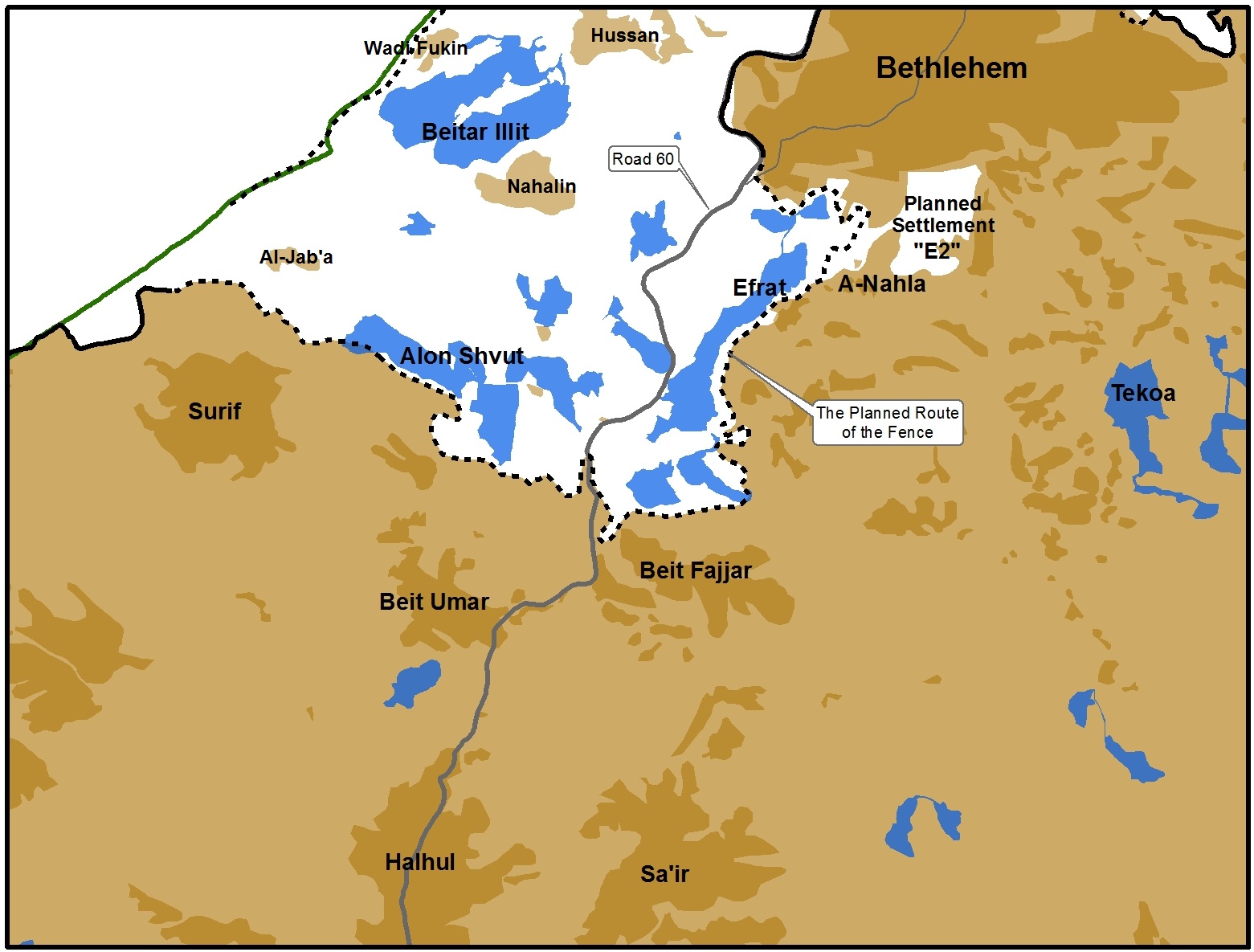 In 2004 Israel declared most of E2 as “State Lands” and incorporated it into the municipal jurisdiction of the Efrat settlement.  The Palestinian landowners appealed against this declaration, and the High Court of Justice (HCJ 2676/09) is expected soon to reject the appeal.  At that time, Israel will be able to begin the actual process of building the settlement.
In the meantime, since October 2013, Israel has allowed settlers to use part of area E2 under the guise of an “agricultural farm”, but the Ministry of Housing under the settler-minister Uri Ariel is already preparing plans to replace the “farm” with a first stage of 840 building units.
It should be noted that area E2 is located totally east of the separation fence (i.e. outside the area that Israel defines as “settlement blocs”), and establishing a new settlement in this place would violate the Israeli commitment to build no new settlements.  The settlement would block Bethlehem from the south, and prevent any development in the only direction that has not yet been blocked by settlements or bypass roads (that were paved principally for Israeli settlers).  The planned building in area E2 would likely finalize the cutting off of Bethlehem city from the southern West Bank, delivering a crushing blow to the Two States solution.
To download full report – click here
To print as one page PDF – click here