On Tuesday, the Government submitted a formal response to Peace Now’s Supreme Court petition against six illegal outposts. In the response the government declares its intention to legalize four outposts, in isolated areas.

The Civil Administration has been instructed to begin a process of legalizing the outposts of Ma’ale Rehavam, Haroeh, Givat Assaf, and Mitzpe Lachshish. The former government had previously promised to remove the illegal construction built on private land, but had not declared its intention to legalize the outposts.

The Supreme Court will hold a hearing on the petition on Wednesday, May 22nd.

Peace Now: “The intention to legalize outposts as new settlements is no less than a slap in the face of Secretary Kerry’s new process and is blatant reassurance to settler interests. The new Government is indicating it is not committed to peace and to two state solution. The decision to retroactively legalize settler movements gives free reign to illegal settler activities, which continue to establish strategic facts on the ground and harm the chances for peace. 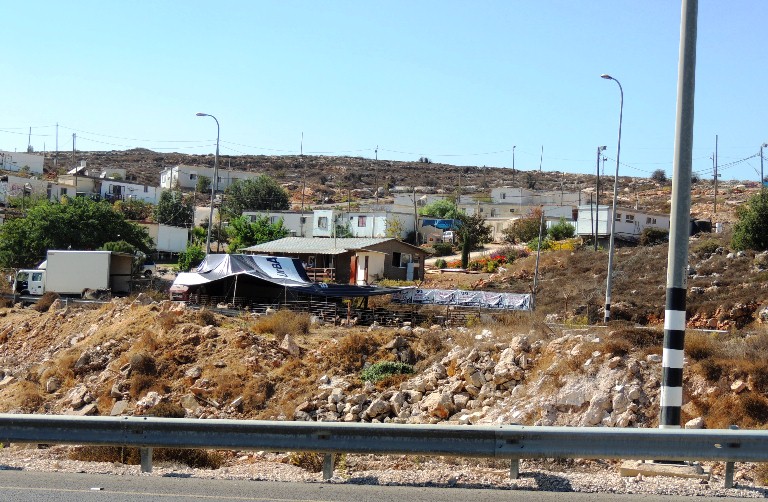 The Outposts to be legalized according to the State response:

1. Ma’ale Rehavam (East of Bethlehem) – The Minister of Defense instructed the Civil Administration to prepare options to legalize all of the construction in the outpost situated on “State Land”.

2. Haroeh (North of Ramallah) – The Minister of Defense instructed the Civil Administration to launch a survey procedure meant to declare the lands of the outpost as “State Land”, as part of preparing the possibility to legalize the outpost.

3. Givat Assaf (East of Ramallah) – The Government instructed the Civil Administration to explore the possibilities to legalize the outpost, based on claims by settlers that they have purchased parts of the land. According to the response given to the court, over the past few months the settlers managed to buy three parcels of land on which ¾ of the outpost’s structures are built.

As for the two remaining outposts on the petition, Mitzpe Yizhar (South of Nablus) and Ramat Gilad (East of Qalqilya), the Government states that most of the structures that were built on private land were removed, but does not say anything about the future of the outposts themselves.