Mobilizing the Peace Camp Online; Leveraging the Black Flag Protests
Even before the Gantz-Netanyahu coalition agreement to begin annexing parts of the West Bank on July 1, Peace Now has been firing up the peace camp and harnessing the viral pro-democracy protests to sound the national alarm on this critical issue. Our webinars have sharpened our base’s knowledge and arguments against annexation, and have made it an integral component at every Black Flag demonstration, from distributing hundreds of signs to garnering media recognition of the movement’s linkage between protecting democracy against a corrupt Prime Minister and preventing his attempts to pave the way for a permanent, undemocratic one-state reality.

In the past month we have sponsored several webinars, published numerous posters and press releases, participated in several black flag actions, and held a protest outside of Benny Gantz’s home. We have also delivered 3 English briefings on the situation and how Peace Now is responding.

How has the Coronavirus affected the campaign?
The new popularity of webinars has enabled us to reach more people, with more timely analysis, than ever before. This online activity has allowed us to expand our regular engagement beyond our activist core in Tel Aviv and Jerusalem to thousands of eager listeners from around the country who otherwise would not have been able to attend our briefings. As for the protests, social distancing at the weekly Tel Aviv gatherings of 2,000 people has attracted world coverage, something typically possible only for demonstrations thirty times their size.

What’s next?
In the coming weeks we will plan to build momentum to spur single-issue demonstrations, media attention and parliamentary opposition on the issue of annexation. The public is right to focus on the economic fallout from the Coronavirus and Netanyahu’s political corruption, but Israel has just 64 days until this Frankenstein government is expected to press forward on annexation. We need this issue to be front and center, and are exploring new multimedia options and building a coalition for when we will need to capture the public’s undivided attention.

Webinars
(These are in Hebrew. Scroll to the bottom for English briefings)

Below are some photos from several black flag direct actions, as well as a protest we held outside Benny Gantz’s house to pressure him on his supportive comments on annexation: 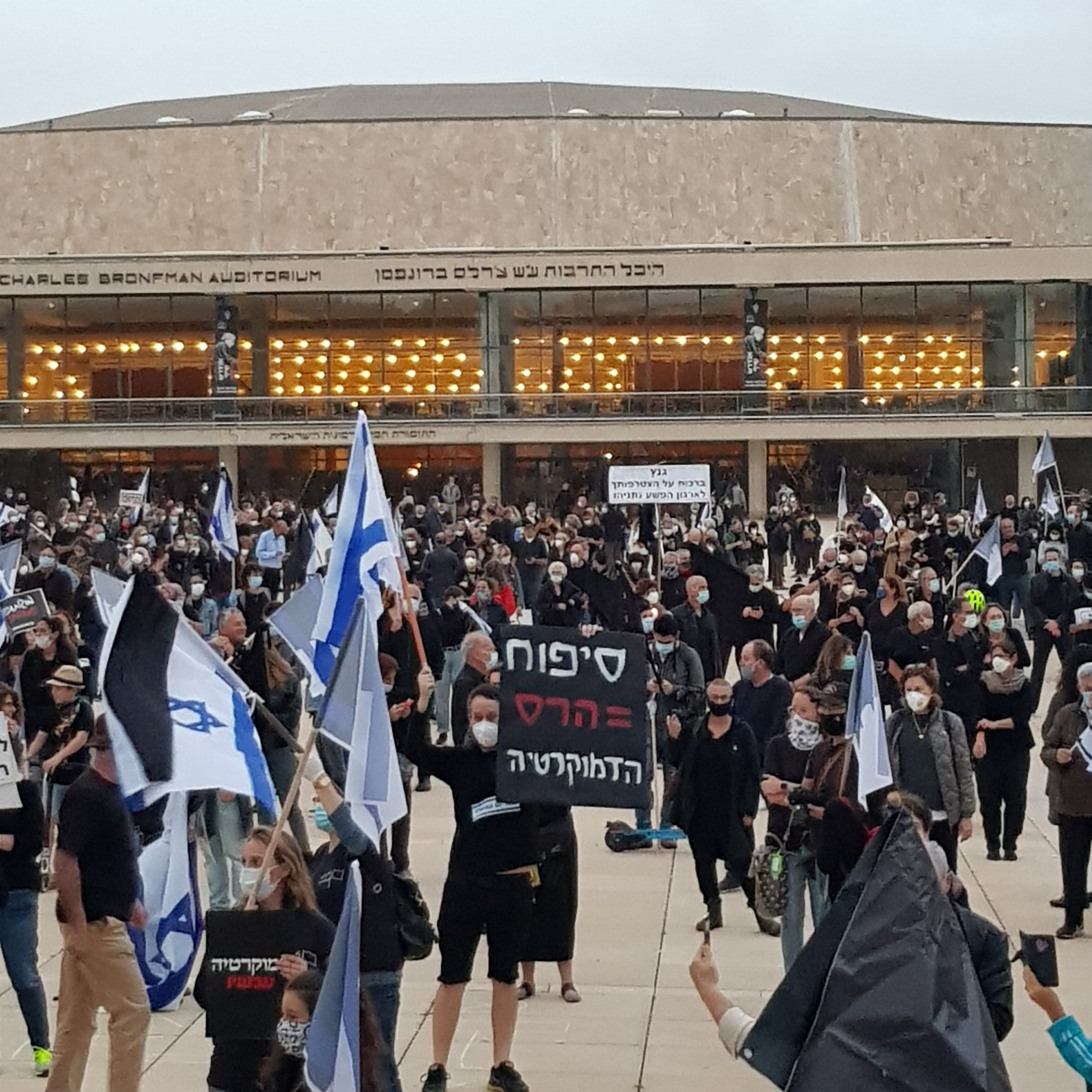 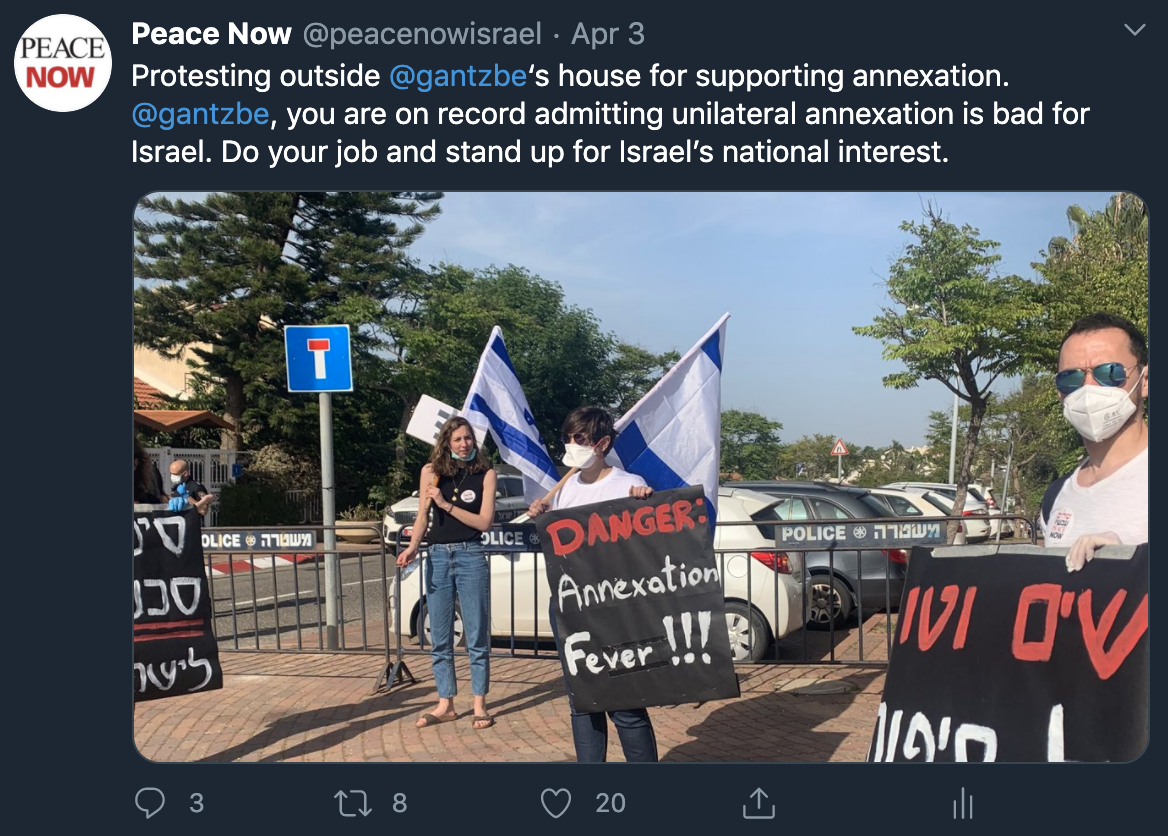 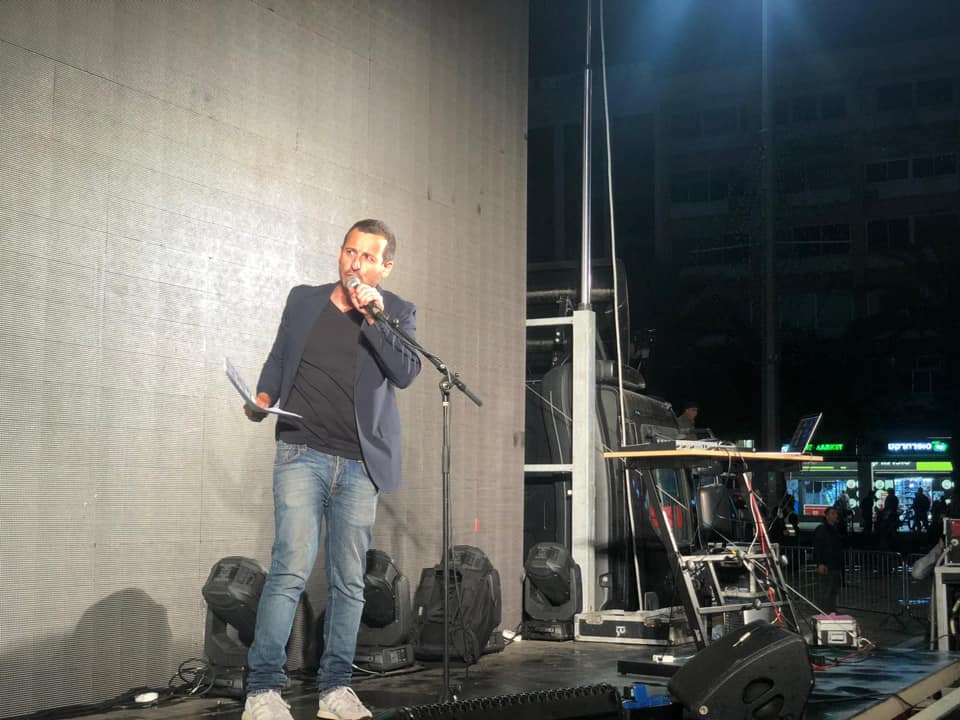 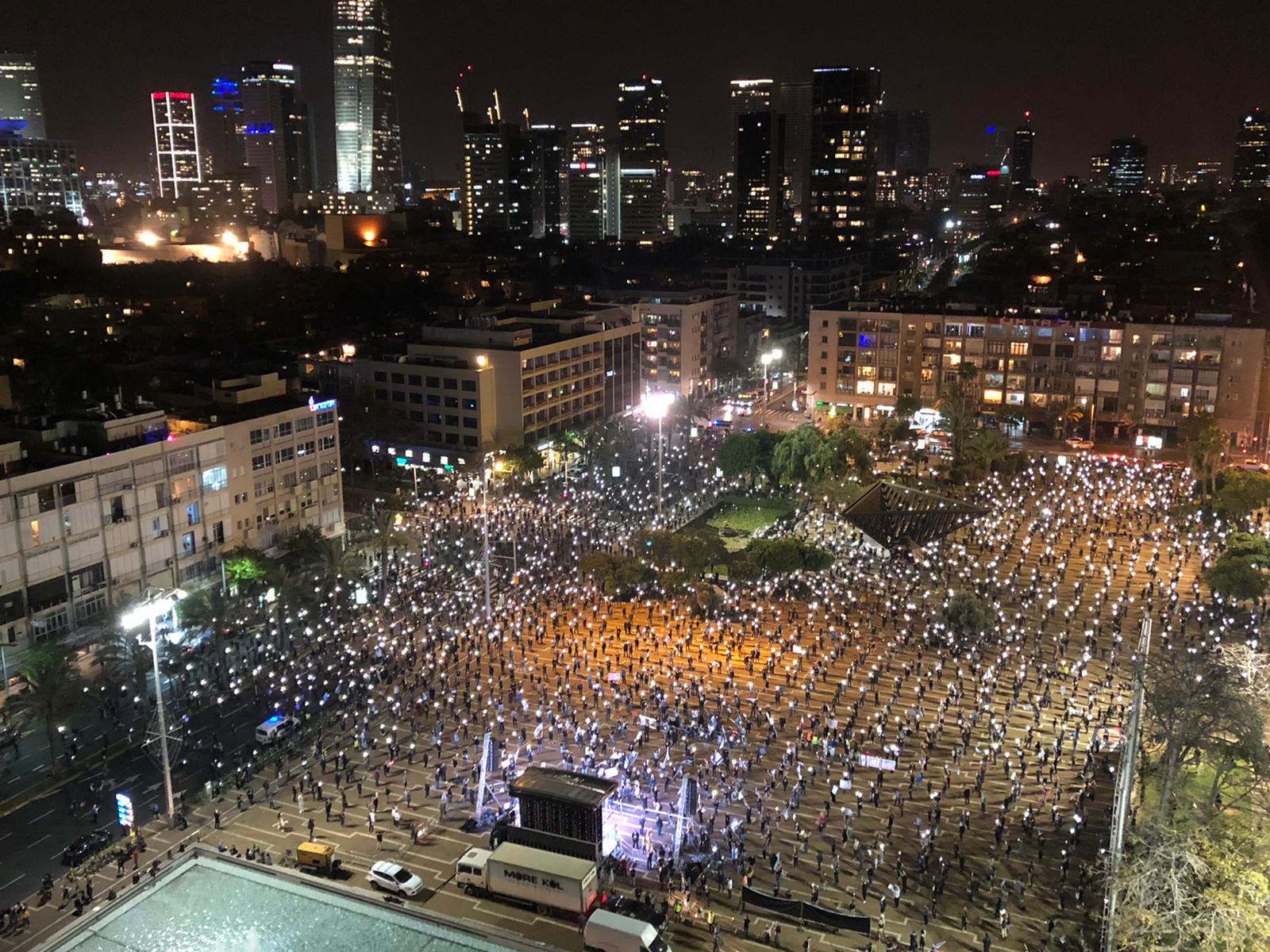 Key takeaways from the briefings:
Last, Peace Now External Relations Director Brian Reeves published an article on the Coronavirus and Israeli inaction to resolving the conflict.