Earlier this year the Jerusalem Municipality approved two construction permits requested by the right wing Elad association in Jerusalem’s Hashalom Forest located on the seam zone between East and West Jerusalem. One permit was for legalizing structures built by Elad as part of an ideological tourist center they established on lands given to them by the JNF (KKL), and the other was for the construction of a new camping site meant to accommodate large groups. 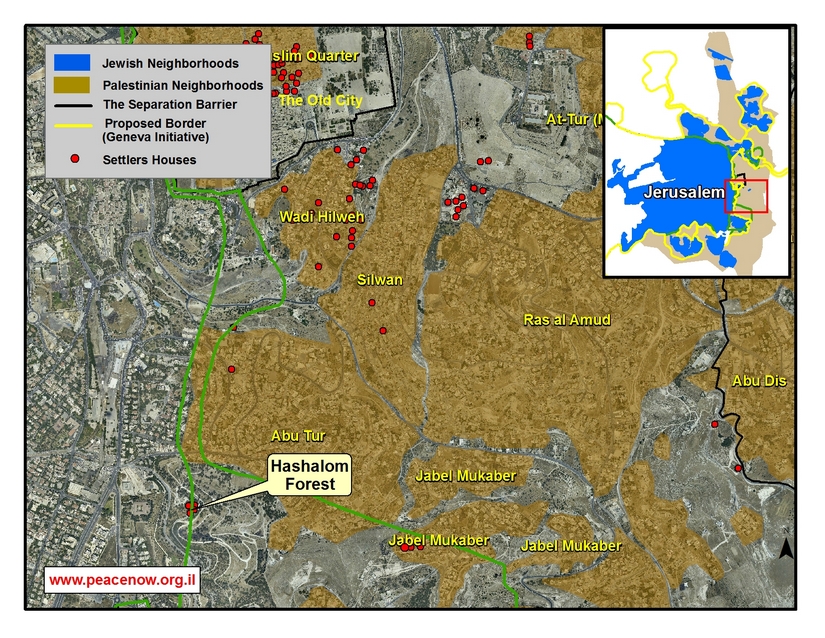 The site is one of several ideological tourist centers established by Elad in Palestinian areas around the Old City of Jerusalem. Those centers are used for “Israelizing” the area surrounding the Old City and are changing the public domain in a way that would make a future political compromise much harder for the Israeli government.

Both Peace Now and Jerusalem City Council Member Pepe Alalu (Meretz party) appealed against the Municipality’s decision, claiming that the permits are in fact illegal because the scope of the changes Elad is conducting in the area requires a plan to which the public can object.

The Appeals Committee accepted the appeals and canceled the permits. The committee criticized Jerusalem Municipality’s decision to approve a construction permit, away from public eye, rather than a proper planning process and public debate as required in such cases.

“Such use requires the promotion of a plan that would explore its impact on the forest, as well as a comprehensive examination of the suitable location for a camping site in the Jerusalem area. In this framework, the public will be exposed to the plan and will be able to express its position.”  (The ruling of the Appeals Committee, p. 15)

Peace Now: “The Jerusalem Municipality and other authorities regularly cooperate with the Elad association and allows it to operate even in the price of bending the law. The cancelation of the permits is a noteworthy achievement in the fight against the ongoing efforts of right wing organization as well as the authorities to change the landscape of Jerusalem and to prevent a future Peace Agreement.” 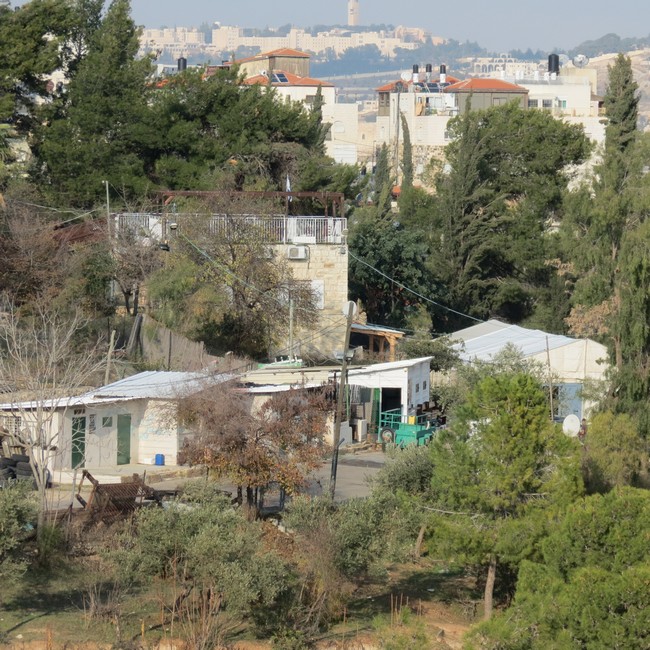