Last night, settlers entered a Palestinian house in Silwan in East Jerusalem. The house, residency to the Abu Nab family, is located at the heart of the Batn al-Hawa neighbourhood in Silwan, 100 meters north of the Beit Yehonatan building, and adjacent to Beit HaDvash, two existing settlements in the neighbourhood. The settlers in Batn Al-Hawa managed to double the number of houses they occupy this year, when last October they entered two new houses in addition to the two houses they have been holding since the mid 2000’s. 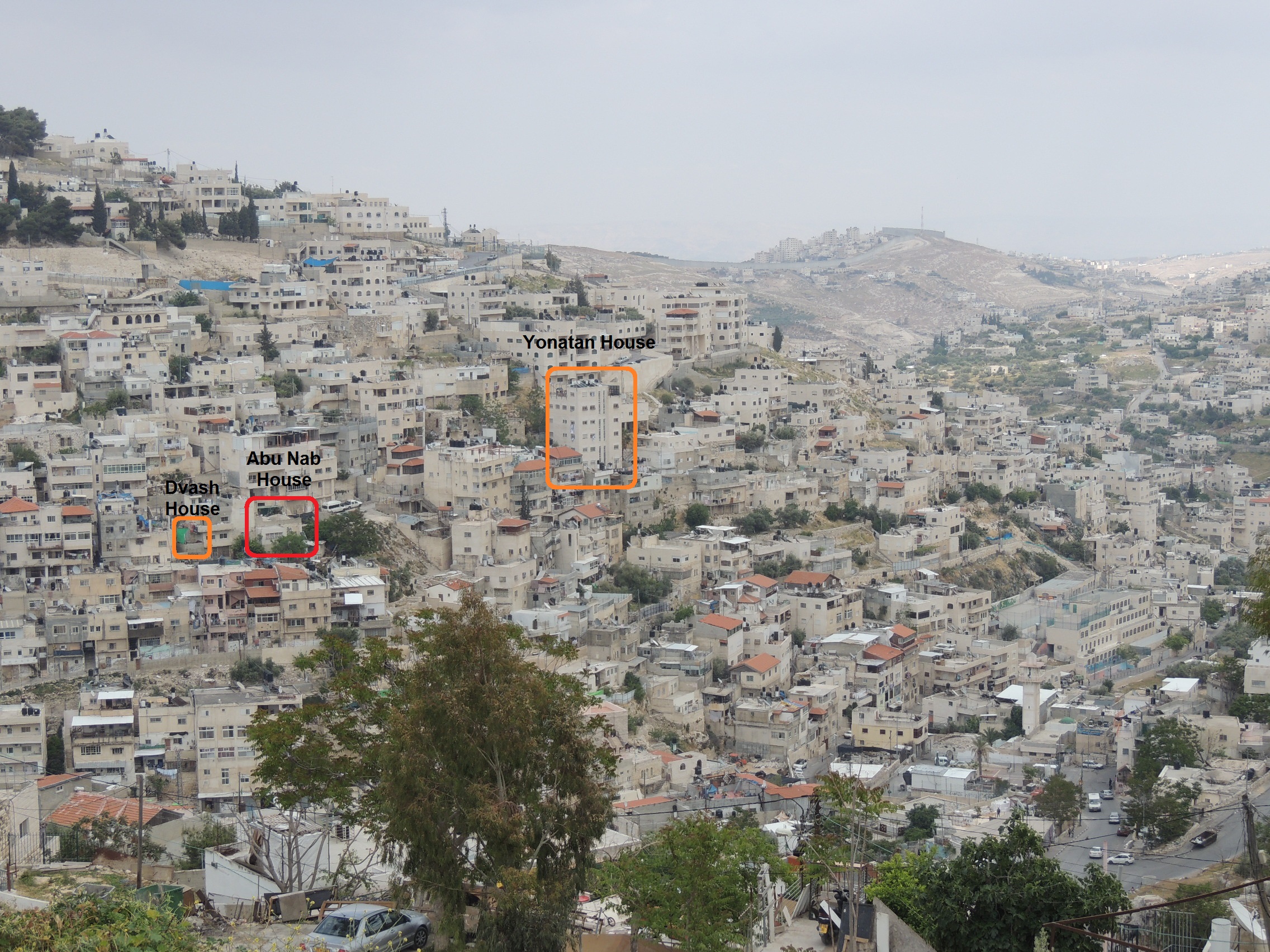 At the beginning of the 20th century, the Abu Nab house was owned by Jews and was used as a synagogue for the Yemenite Jews who lived in a small village where today the Palestinian Batn Al-Hawa neighbourhood is located. The settlers managed to get the rights to the property as representatives of the Jewish fund that owned it before 1948. The Jordanian Custodian for Enemy Property rented the house to a Palestinian family as protected tenants. In 1967 Israel occupied East Jerusalem and unilaterally declared it part of Israel. All properties that were managed by the Jordanian Custodian, were taken to the management of the Israeli General Custodian. According to a law that was legislated in 1970, Israelis who lost their property during the 1948 war can receive it back from the General Custodian. This way the settlers, as representatives of the original owners, got the rights to the house and filed a case against the Palestinian family who lived there, in order to deny their status as protected tenants and take over the house. A few years ago, the settlers won the case. The lawyer of the Abu Nab family is quoted as saying that there is still an appeal pending.

Peace Now: “The Abu Nab house is taken by the settlers due to the implantation of the right of return for Jews into properties that were held by Jews prior to 1948. In Israel, there are thousands of properties that before 1948 were owned by Palestinians who became refugees. The settlers’ demand for the right of return creates a discriminatory and racist policy favouring Jews over Palestinians. Furthermore, every Jewish family that lost its property due to the 1948 war, received alternative housing as compensation from the state. The evacuation of the Abu Nab family from their home, even if it belonged to Jews prior to 1948, is an immoral act.”

In the end of 2010, the Jerusalem municipality was under growing pressures to evacuate Beit Yehonatan settlement, after being constructed illegally and due to several court orders to evacuate. Despite determined rulings by the courts, the Jerusalem Mayor, Nir Barkat, decided to correlate the evacuation of Beit Yehonatan with that of Abu Nab. In a press release issued at the time, the Mayor said, “we shall not discriminate against Jews … two orders of the courts were issued towards Arabs and Jews at Silwan and will be carried out at the same time.”

This is an act of “price tag” by the municipality, imposing a punishment on Palestinians when and if settlers are to be evacuated. Following the mayor’s decision, the municipality legal adviser, Yossi Havilio, wrote to the mayor an urgent request to fulfil the court orders to evacuate Beit Yehonatan: “there is no correlation between a civilian procedure that is undergoing on an adjacent house … with carrying out the evacuation and enclosure orders over Beit Yehonatan”. Despite this and despite the court orders, Beit Yehonatan has yet to be evacuated.