Yesterday, the judge in the Execution Office in Jerusalem rejected the request of the Sabagh family to freeze the eviction proceedings against it until its claims regarding the ownership of the house have been heard in court, which contests have not been heard.

The significance of this decision is that the eviction proceedings against the Sabagh family have been renewed and that in the coming days the family will receive notice of the date of the eviction. The family’s lawyer announced that he intends to appeal the decision.

Peace Now: “Evacuating the Sabagh family from its home in Sheikh Jarrah will be a terrible injustice to the family, which has lived in its home since it was built more than 60 years ago, and it would also be a moral distortion that Jews have the right of return to properties left in 1948 while the Palestinians do not. The settlers are undermining Israeli claims against the implementation of the right of return for the Palestinian refugees by turning Sheikh Jarrah into a settlement that will prevent the possibility of peace via a solution of two states for two peoples.”

For the full story on the Sabagh family evaction and the settlement in Sheikh Jarrah, see here. 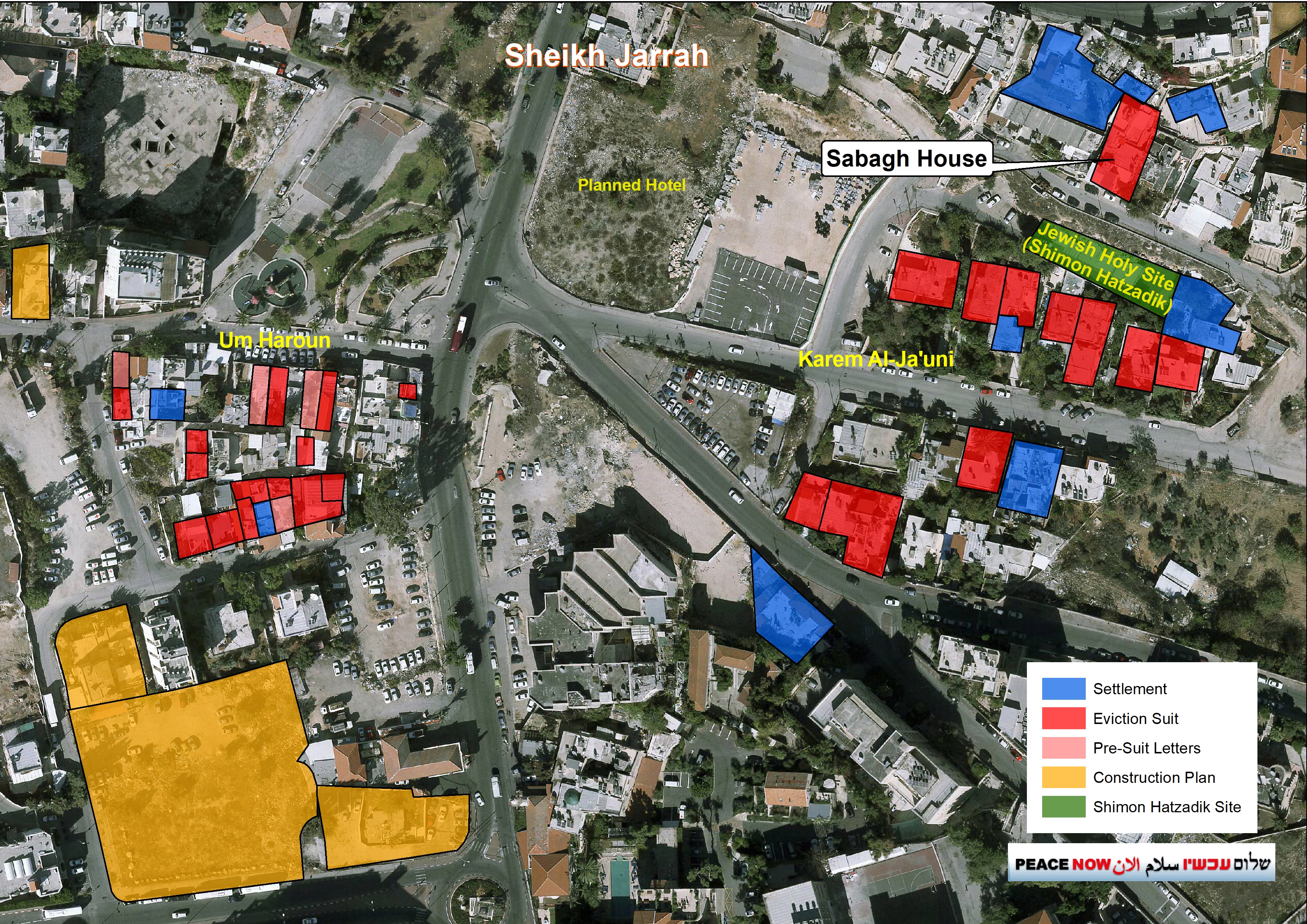