According to Palestinian sources, a few days ago Palestinians began building a COVID-19 testing site at the northern entrance to Hebron, on private land donated by the owner for the purpose of the station. The station, which is at the very entrance to Hebron near the built-up urban area, is considered Area C according to the 1995 Interim Agreement, and therefore requires a construction permit from the Israeli authorities.

Hebron is now one of the West Bank’s hardest-hit areas affected by the outbreak. The city itself is home to more than 200,000 residents, and hundreds of thousands more in the entire Hebron district.

On Sunday, 12 July 2020, Civil Administration inspectors, accompanied by soldiers, arrived and issued immediate demolition orders against the construction, and confiscated equipment and a crane truck. As a result, the works were stopped and currently there is no organized station for Coronavirus testing in the entire Hebron area and the southern West Bank, leaving overburdened hospitals to take on this critical task. As a result, many people are not tested and only those who have symptoms and come to the hospital in the city on their own, can be tested.

Peace Now: “You have to be both immoral and a fool to stop this construction of a COVID-19 testing site, on private land nonetheless. There is no Israeli interest in preventing construction of this site, adjacent to the crowded urban area of Hebron. Even if it is an illegal construction, the Israeli interest is that the Palestinians can continue to live and exist in their cities and villages, and there is certainly no point in such an outrageous action to harm this large population during the global health crisis.” 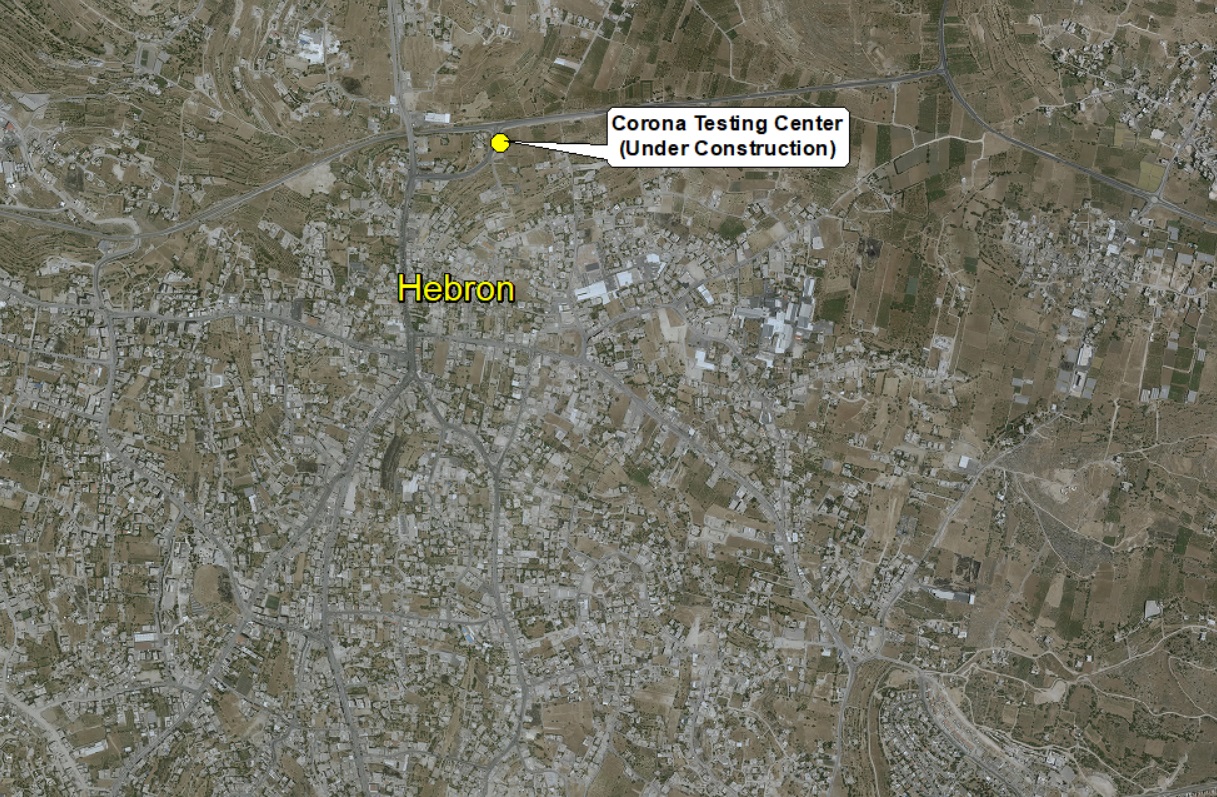