On 16 October 2018, the Israel Antiquities Authority, the Israel Nature and Parks Authority, and the Civil Administration will hold an opening ceremony for a new touristic settlement at Tel Rumeida in the heart of the Palestinian city of Hebron. The site is the same location where the Israel Antiquities Authority and later Ariel University conducted an archaeological excavation that exposed findings from various periods of the city of Hebron.

Peace Now: “The archeological site in Hebron is a settlement in every respect, as it is intended to be. Archeology serves as a tool for the government to solidify its control over the territory as a future sovereignty claim. It is meant to change the public domain in Hebron and to influence public consciousness in order to strengthen the settlement enterprise. To this day, most Israeli tourism in Hebron is at the Tomb of the Patriarchs. The establishment of the archaeological park as a tourist attraction in Tel Rumeida is intended to bring thousands of visitors deeper into the Palestinian area of Hebron, and to turn additional parts of Hebron into an Israelis-only area.” 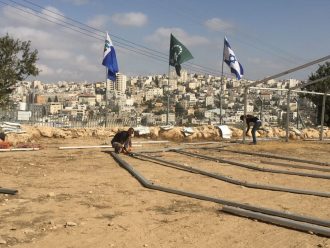 The secret allocation to the settlers – In January 2014, dozens of Israeli workers arrived at two plots in Tel Rumeida, and began to level the land and to uproot an olive grove. The Palestinian grove owners, who rented this land (that was owned by Jews before 1948) from the Civil Administration and before 1967 from the Jordanian authorities, were surprised to discover that their land was to be made into an archaeological site. Only after they submitted a petition to the High Court of Justice demanding that the work be stopped, it became clear that as early as 2012 the Civil Administration had allocated the land to the Hebron settlers association. This allocation was made without any publicity and without any tender. The High Court justices expressed their resentment and the state announced that the allocation would be canceled. For more details, see here.
Around October 2017, the Civil Administration Archeology Officer declared that the archaeological site will be open to the public and the management was transferred to the Nature and Parks Authority, which is inaugurating the site together with the Israel Antiquities Authority and the Civil Administration.

Significance of the archaeological site – In a press release issued on 15 October by the Coordinator of Government Activities in the Territories (COGAT), Civil Administration head Brig. Gen. Ahvat Ben Hur, declared: “We are happy and excited to reveal another piece of Jewish history and to make it accessible to the general public.” It is no coincidence that the head of the Civil Administration, who is supposed to deal with all civil matters of the residents of the territories–88% of them being Palestinians–did not see fit to treat the site as one that reveals the history of Hebron, with all the cultures represented in the archeological findings. This is another extreme example of the use of archeology as an ideological tool to gain control over and to claim ownership of land, as has been done in many other places in Israel and the Occupied Territories.

For the settlers, one of the great advantages of a touristic settlement is that there is no need to bring thousands of people to live in the area in order to take control of it. The new touristic site is remote and isolated from the rest of the settlements in Hebron, and it “stretches” direct Israeli control and the presence of settlers and visitors protected by the IDF deeper into Hebron.

Moreover, the visit of these thousands of visitors to the site (which, as stated, “reveals a piece of Jewish history”) strengthens their connection to the place and is an educational tool for the settlers to influence the public’s positions in support of continued Israeli control of Hebron, while Palestinians live under Israeli military rule without full rights. 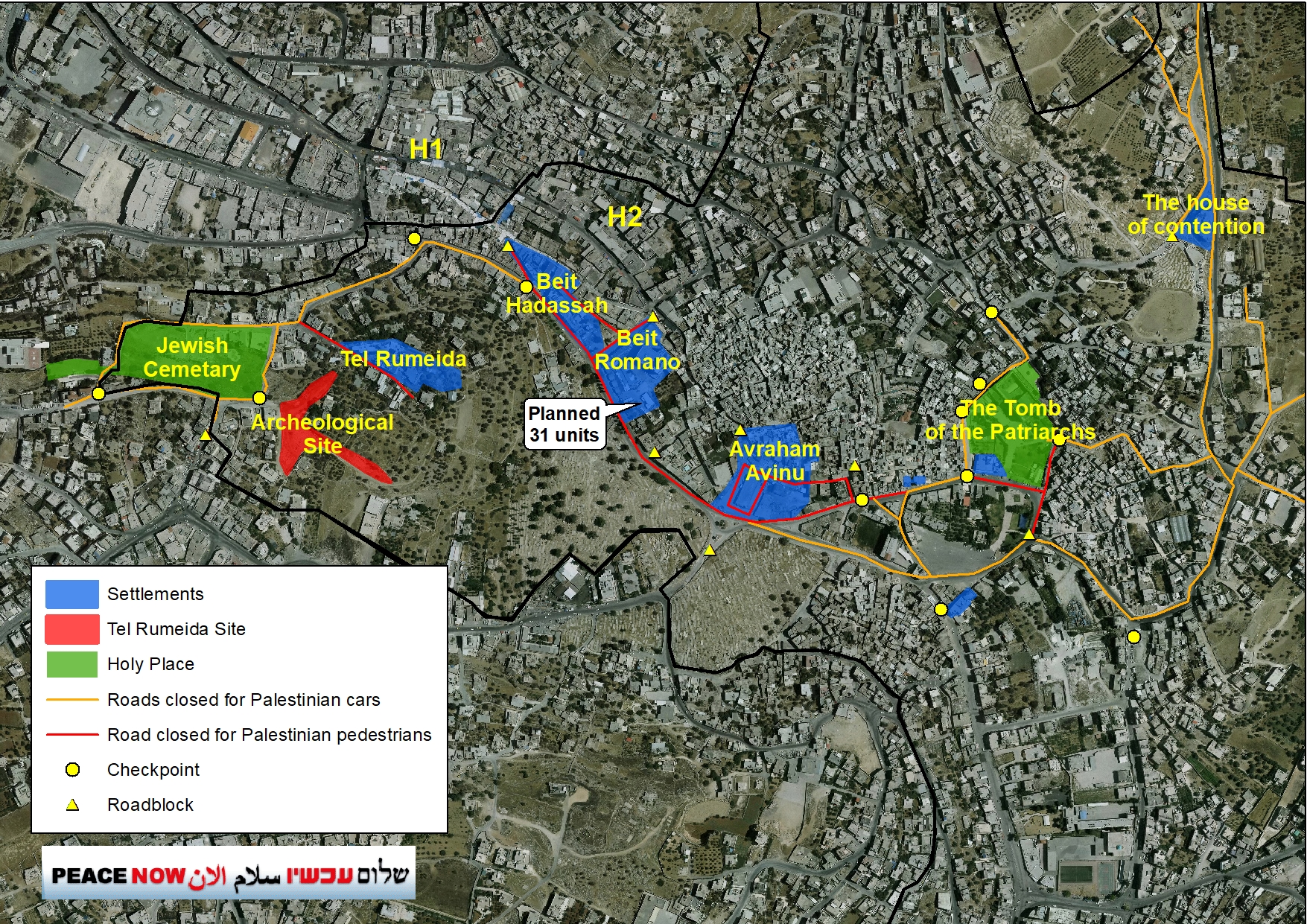 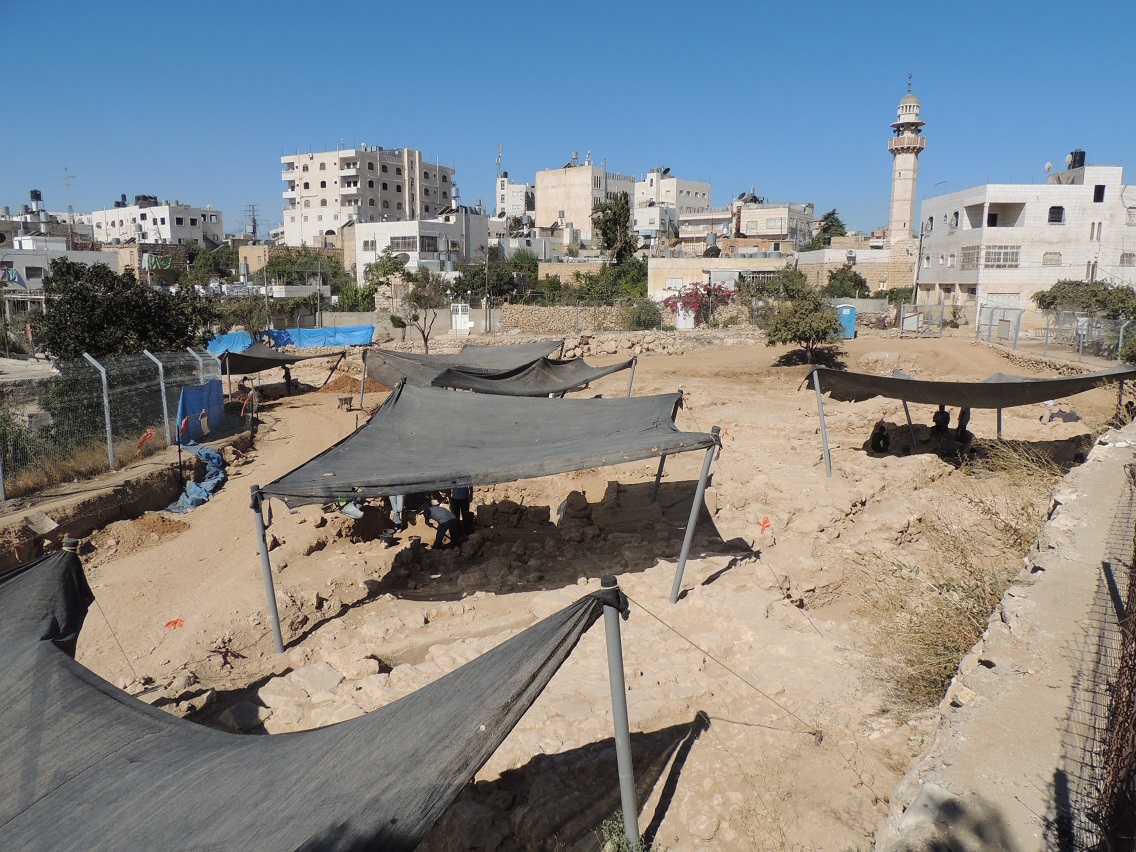