Peace Now has learnt that presently a new outpost is being established. The outpost is located beyond the fence surrounding Adam settlement (aka Geva Binyamin), southeast from Ramallah and East the Separation Barrier.

The outpost is being built illegally, without approvals and permits. The outpost, built on public lands (“State Lands”) is located within the lines of an “outline plan” (Plan No. 240/1). An outline plan, as opposed to a detailed plan, is a principal plan that is meant to set the guidelines for the detailed planning. This means that according to the outline plan, there cannot be any construction permit without the approval of another detailed plan.

However, the location of the outpost was chosen carefully. By locating the outpost within territory of any existing outline plan it enables the responsibility for demolishing the structures upon the Binyamin municipal council, which is run by the settlers, rather than on the Civil Administration, the military body that is generally responsible for issuing and enforcing demolition orders in Area C. Binyamin Council is known for its support of outposts, financially and politically, and there are at least 18 illegal outposts within its jurisdiction.

Currently the outpost includes 7 light structures, some that are still in the making. In order to reach the outpost, the settlers have erupted a road which connects to a locked gate in the fence of Adam settlement. Unlike most outposts, the residents of this outposts are seemingly not the typical settler ideological advocates. The outpost residents have claimed to Peace Now that they are establishing the outpost for economic reasons. However, regardless for the reasoning behind the outpost residents, the political implication of the outpost are the same.

The headline of the report in Haaretz (Hebrew) which dealt with this story, has created the impression as if there is a possibility of allowing Palestinians to live in the outpost. It seems that the flashy headline was due to a remark by one of the settlers. However, according to Peace Now’s field visits and research, with quite certainty, there are no such indications that this is true.

Peace Now: “This is the first outpost that is being established following the recent commitment by the Prime Minister for a new settlement construction policy, which included the prevention of establishing any new outposts. The outpost is located deep in the West Bank and beyond the separation barrier. What distinguishes this outpost from others, is the settler leadership’s cynical exploitation of the economic situation of the new residents of the outpost, by granting them free land and enabling them to construct homes illegally, as long as it contributes to the settler goals of destroying the possibility of ever creating a Palestinian state” 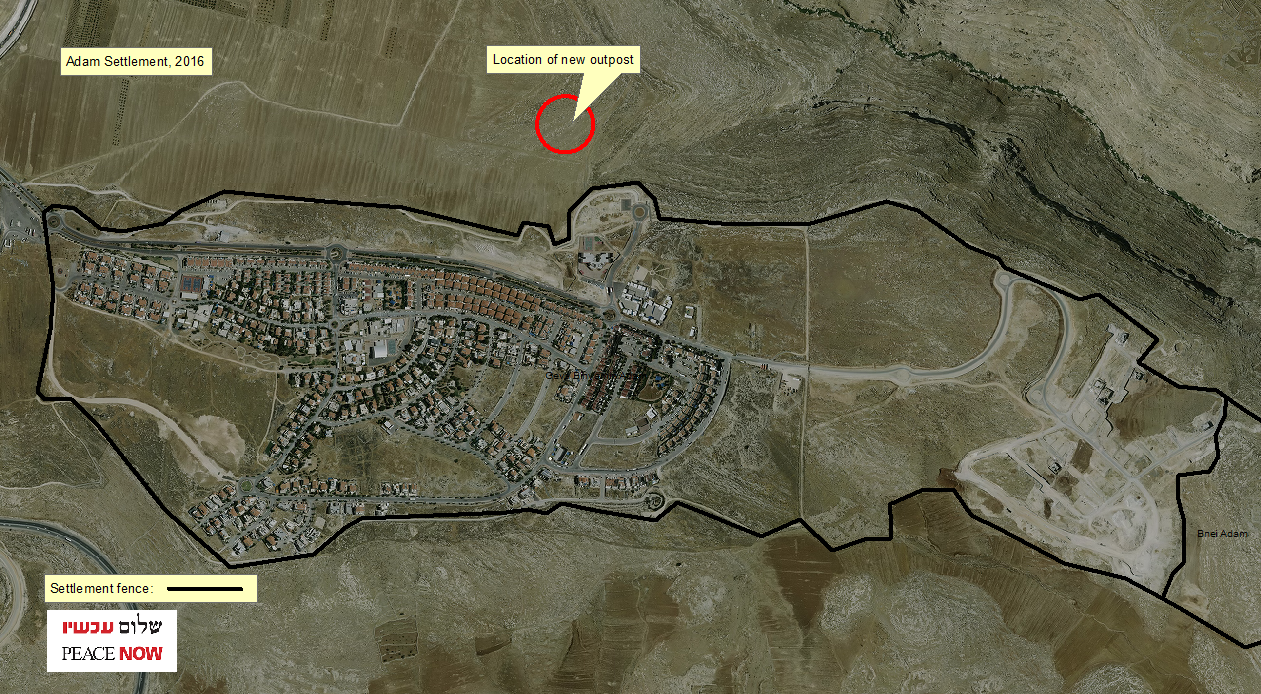