Nature and Parks Authority personnel accompanied by police forces demolished this morning (23/7/20) a large block-structure that served as a warehouse in Silwan, East Jerusalem, between the houses in front of the Dung Gate of the Old City. The warehouse is located next to the path and stairs between the residents’ houses outside the main street and away from the public eye. Despite this, the Nature and Parks Authority decided to declare the building a nuisance to cleanliness, and used the municipal cleanup ordinance on the pretext of “placing an obstacle in the street.”

The Nature and Parks Authority appealed to the Jerusalem Police for assistance in the demolition operation, describing the mission as evacuating an “open area with debris.” Police chiefs approved the operation.

It was clear to any casual observer that the building in question was not in an open area and certainly not waste. The interest evidently was simply to demolish the structure, which lies in a strategic spot in the geo-political battle the government and Jerusalem settler groups are waging against the local Palestinian residents of Silwan. 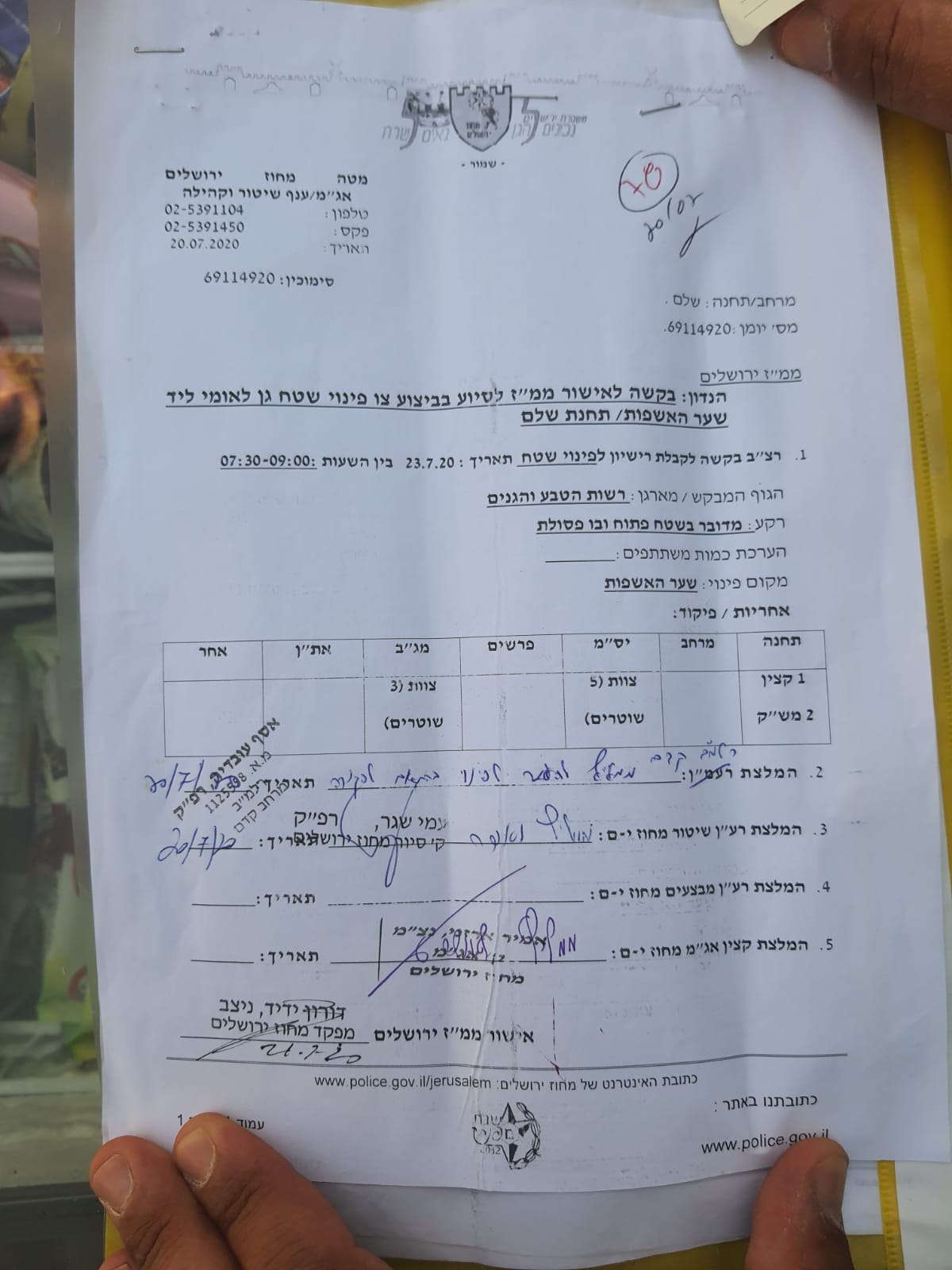 Above: The request of the Parks Authority to the police describing the operation as garbage cleaning

The Siyam family received a warning from the municipality about a year ago, and immediately filed an objection in a letter to the municipality in which it claimed that the area was private property owned by the family and that the it had been using it for many years. This morning, the family members were surprised to discover the demolition teams and the police and claimed that their objection did not receive any attention.

Peace Now: “There is no public interest in demolishing the warehouse in the Palestinian neighborhood, except for the intention of embittering the lives of the residents. If it is an illegally constructed building there is an orderly way to issue demolition orders. The excuse of “cleanliness” and “waste disposal” to circumvent demolition proceedings is an abuse of law. The Nature and Parks Authority is supposed to preserve the national park and not engage in persecution of the residents. ”

It is important to note that in Silwan, within the area of ​​the national park, the Elad Settlers Association operates many buildings that were erected without a permit, but they have been standing for years. For example, an Elad tent structure located next to the warehouses of the Nature and Parks Authority in Silwan serves as a community center, worship hall and sometimes also as a venue for events, or a complex that the settlers call “King’s Court” that operates as an event restaurant. Surprisingly, the Nature and Parks Authority does not treat these buildings as “waste”… 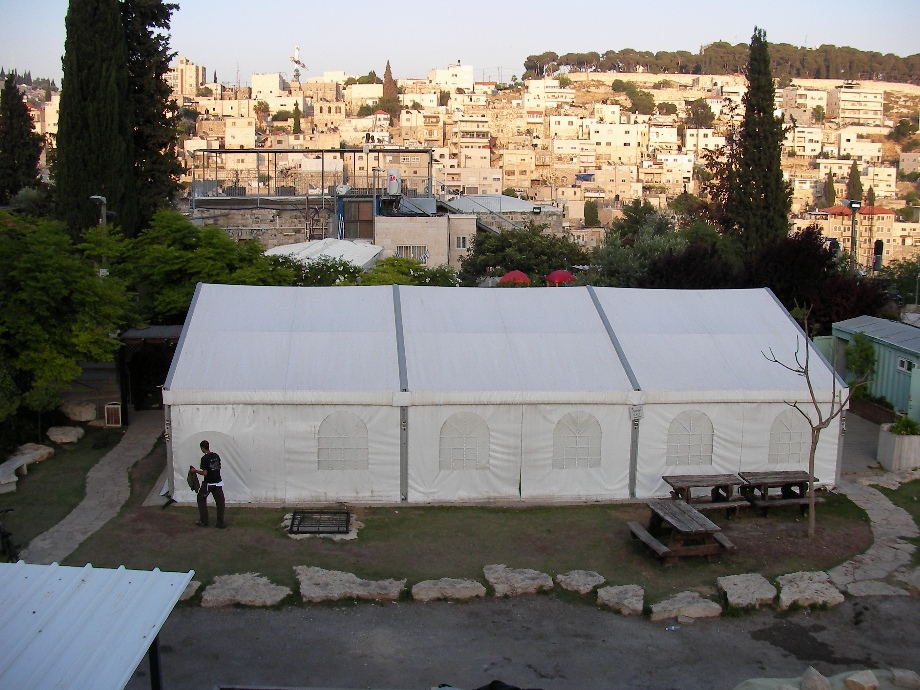 Above: The Elad-owned event tent in Silwan. The Nature and Parks Authority does not consider it “waste,” despite being built without a permit.