The Jordan Valley Regional Council has illegally financed hundreds of thousands of shekels for the construction of a motor park near the Palestinian village of Fasayil, according to data received at the request of Peace Now and the Movement for Freedom of Information. According to the Council’s account data with its municipal company (the Arvot Hayarden Economic Company), in 2017 the council transferred NIS 284,000 to build the site.

In 2018, the Council approved an additional budget of NIS 5,615,000 for the motor park, of which NIS 4,145,000 was from the Ministry of the Interior. The Ministry of Interior approved the budget but haven’t made any transfer of money to the Jordan Valley Council. 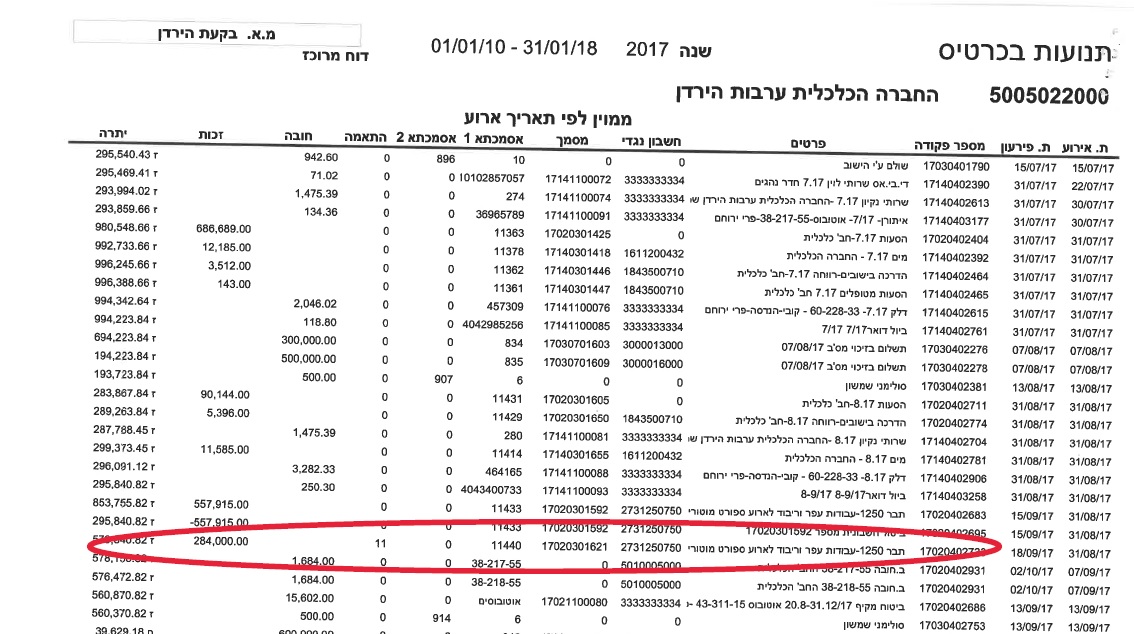 From the Debits and Credits record of the Jordan Valley Council

Founding of the Motor Park

In 2016, construction on the motor park began including the construction of a race track for cars and motorcycles. The park was built without an approved plan, as required by law, and without legal building permits while crossing over into a firing zone.

Last February, after the completion of the work, the Higher Planning Council approved for depositing a plan aiming to retroactively authorize the motor park (plan No. 315/3). In addition to the existing components, the plan included another 120 hotel rooms with a total area of hundreds of dunams. The plan was discussed again in the Subcommittee on Roadways, Railways and Airports last June, but to this day it has not been published for deposit, meaning that the plan is not approved yet and that everything built on the ground was done so illegally.

As early as November 2017, the Movement for Freedom of Information submitted a request to receive the Jordan Valley Regional Council’s Debits and Credits records of the Council with its development company. It was not until nearly a year later, in September 2018, that the Council submitted the requested information.

According to the records, it appears that during 2017, the Council paid NIS 284,000 for the project, which is illegal. It is important to note that the Jordan Valley Regional Council is supposed to enforce the planning and building laws in its territory, and it turns out that it itself is committing building violations.

Peace Now: “In recent years, the Jordan Valley has become the wild west of the West Bank, and it appears that the regional council, which is supposed to be the sovereign that enforces the law, is a full partner in the crimes taking place there. This is an absurdity that is unfortunately all too common in the settlements. The Jordan Valley Regional Council is following in the footsteps of its big sisters among the regional councils–Binyamin, Shomron, Gush Etzion and Har Hevron–which regularly funnel public funds to illegal activity to create facts on the ground intended to deny Israel the option for a two-state solution.” 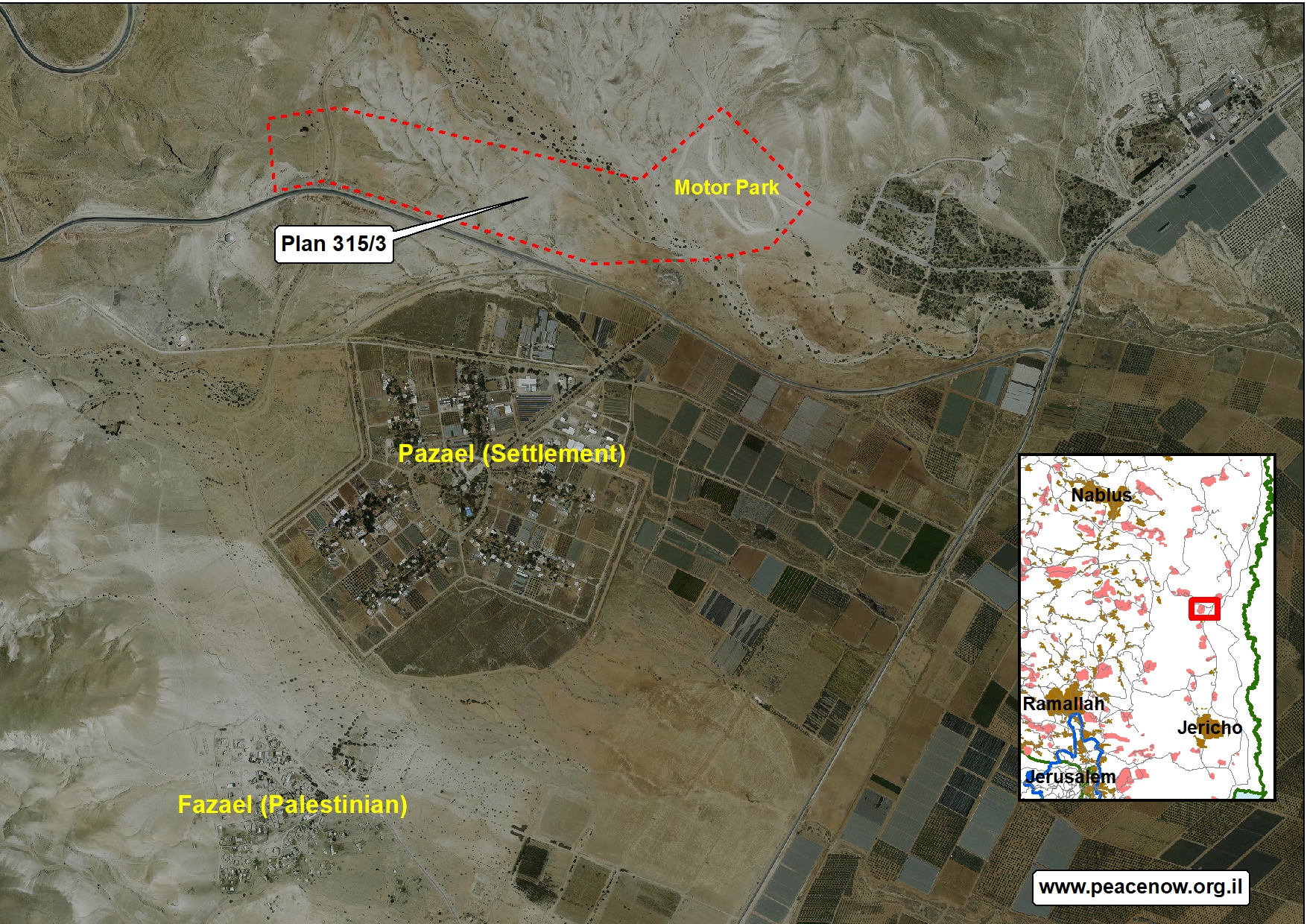