The Jerusalem Municipality is currently investing thousands of shekels toward establishing a checkpoint that would bar Palestinian access to the Ein Haniya spring, lying between Jerusalem and the Bethlehem suburbs, thereby turning it into a recreational spot for Israelis only.

The Ein Haniya spring, which lies along the Green Line on land belonging to the Palestinian village of al-Walaja in the Nahal Refa’im area, has been used for generations as a source of drinking water, irrigation, sustenance for sheep and crops, and for recreation. The spring is also a tourist attraction for many Israeli travelers from Jerusalem and the surrounding area. For decades, the spring served both Israeli and Palestinian visitors, with no disruptions.

In 2010, Israel completed its Separation Barrier adjacent to al-Walaja, separating it from the spring and some 250 acres of their agricultural lands. Despite this, the residents could still go around the barrier and access the area by car or by foot because the existing checkpoint was some 1.5 kilometers beyond the spring. 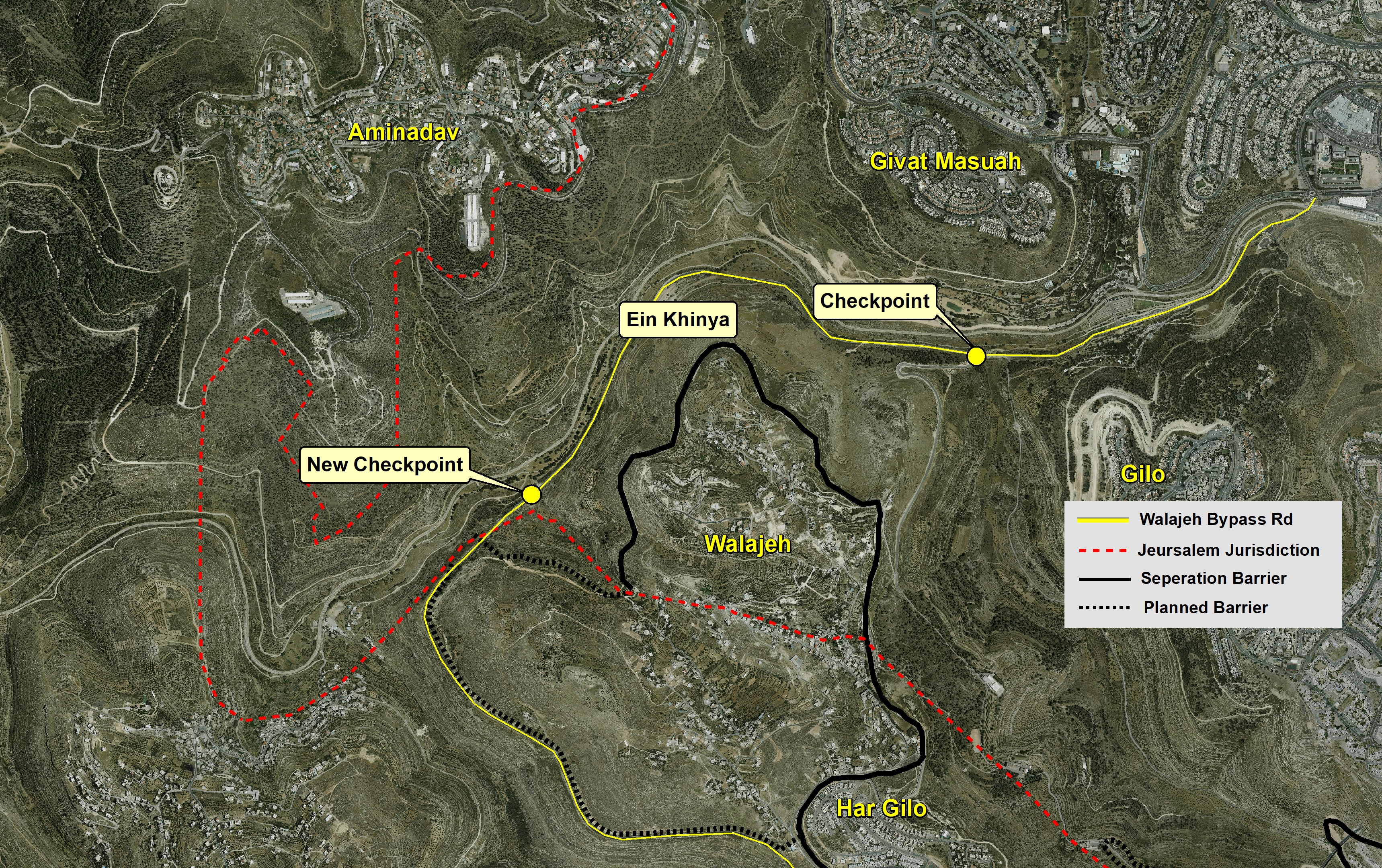 In 2013, a Plan No. 12222 was approved, which designated the area around the spring and Nahal Refa’im as a national park. The government invested millions of shekels through the Jerusalem Development Authority into the development and renovation of the spring. As a result of the renovations and the expansion of activity in the spring, it was decided to move the checkpoint about 2.5 kilometers to the west, so that the Palestinians would no longer be able to reach the spring.

On 12 February 2018, the committee for Security Installations in the District Planning and Building Committee approved the relocation of the checkpoint. The Defense Ministry’s excuse for the move was that it was due to a “security need.” Behind this security need, however, is the Jerusalem Municipality’s demand to develop the spring as a site for Israelis only. The Minister of Jerusalem Affairs, Ze’ev Elkin (Likud), even wrote this explicitly on this Facebook page: “At present, our goal is to move the police barrier to the park to make the park accessible to all the residents of Jerusalem!” 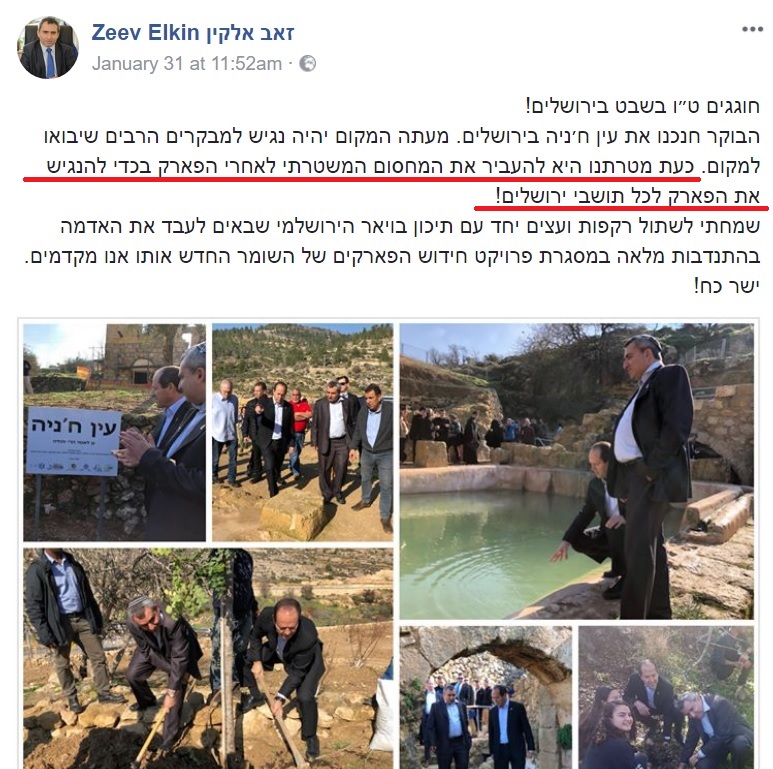 The Jerusalem Municipality’s Cheap Tricks – a court order violation, and an investment of hundreds of thousands of shekels

At the end of the hearing of the committee for Security Installations (Wednesday, 12 February 2018), the Ministry of Defense’s legal advisor undertook not to issue a building permit for a week in order to allow the residents of al-Walaja, who opposed the relocation of the checkpoint, to file a petition with the court. However, that same afternoon the work on the checkpoint began, and continued for 48 hours night and day. Attorney Ghayath Nasser, who represents the residents of al-Walaja, revealed that the Jerusalem municipality “volunteered” to finance and carry out the infrastructure work to relocate the checkpoint (instead of the Ministry of Defense), apparently in order to establish facts on the ground ahead of the petition.

On 15 February 2018, the Honorable Judge Oded Shaham issued an injunction in the Jerusalem District Court prohibiting the municipality from carrying out any work on the ground. In spite of this injunction, the municipality violated the court order by continuing to work, with the direct involvement of the city’s director general. The police, who were called to stop the work, told the activists who called them that the station commander had given permission for the work, even though the police did not have a court order to nullify the injunction.

Within a few hours, at approximately 10:00 P.M., the municipality filed a new claim with the court that the work it was carrying out was not related to a building permit that had not yet been issued for the construction of the checkpoint, but according to a permit by municipal traffic-sign authority, as if it were an innocent matter of transportation and traffic arrangements. In addition, the municipality argued that the termination of the work at this stage endangers the passing vehicles and therefore must be completed. Wielding this claim, the judge nullified the injunction and allowed the municipality to complete its work. By Friday evening, 16 February 2018, almost all of the work on infrastructure for the checkpoint was completed by the Jerusalem municipality at its own expense.

The Jerusalem district court will be hearing the petition of the al-Walaja residents on this matter on March 6th. 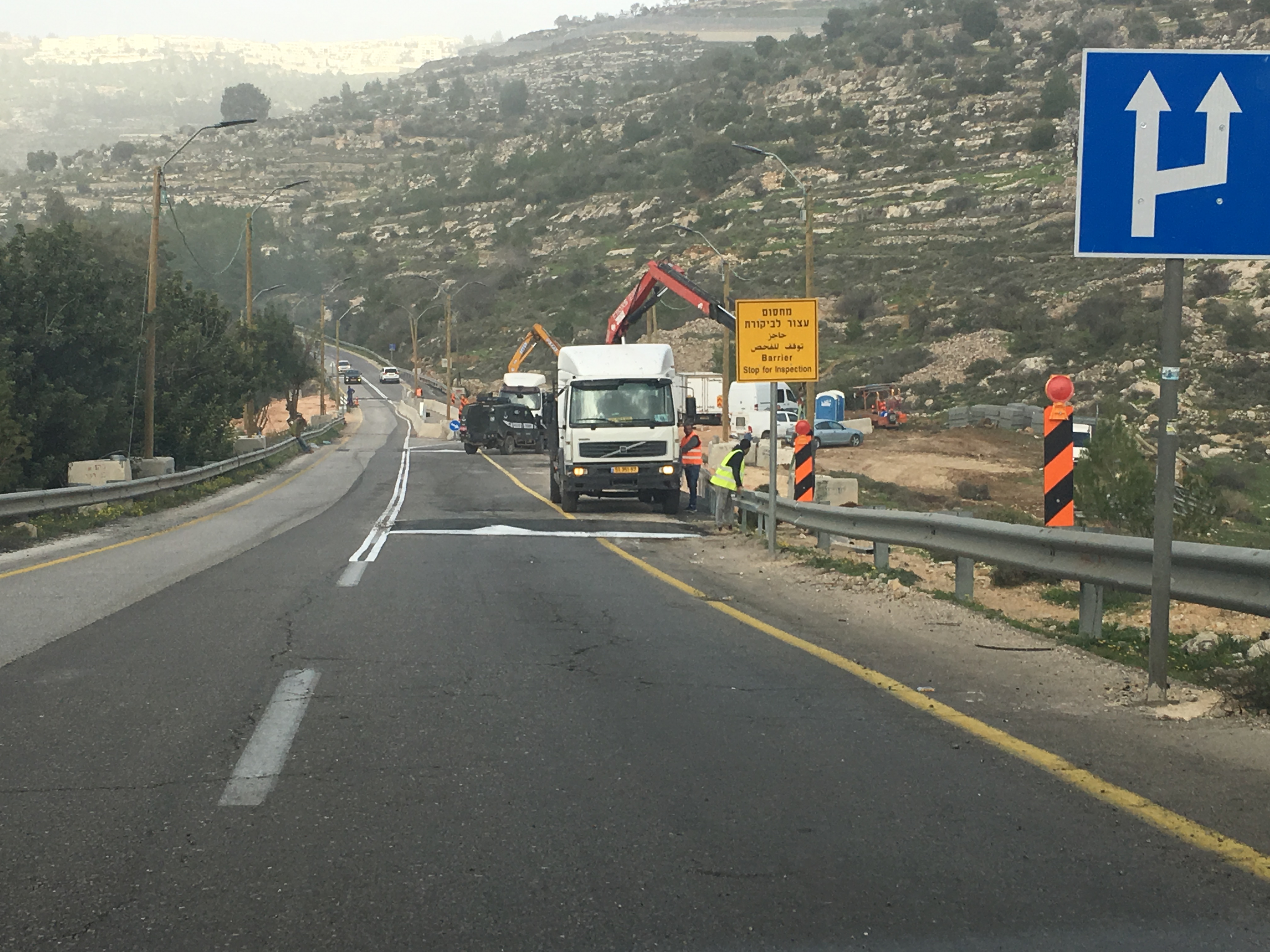