Following a Peace Now petition, on Wednesday, 14 February 2018, the Israeli High Court of Justice issued an interim injunction prohibiting all construction or the sale of houses associated with the Shahar HaTzeira project in the settlement of Shvut Rachel (officially designated as a neighborhood of the Shilo settlement). Shahar HaTzeira is an illegal neighborhood built in the last two years, and construction on it has erstwhile continued undisturbed despite complaints from Peace Now, including demands to halt construction and to open an investigation against the builders. 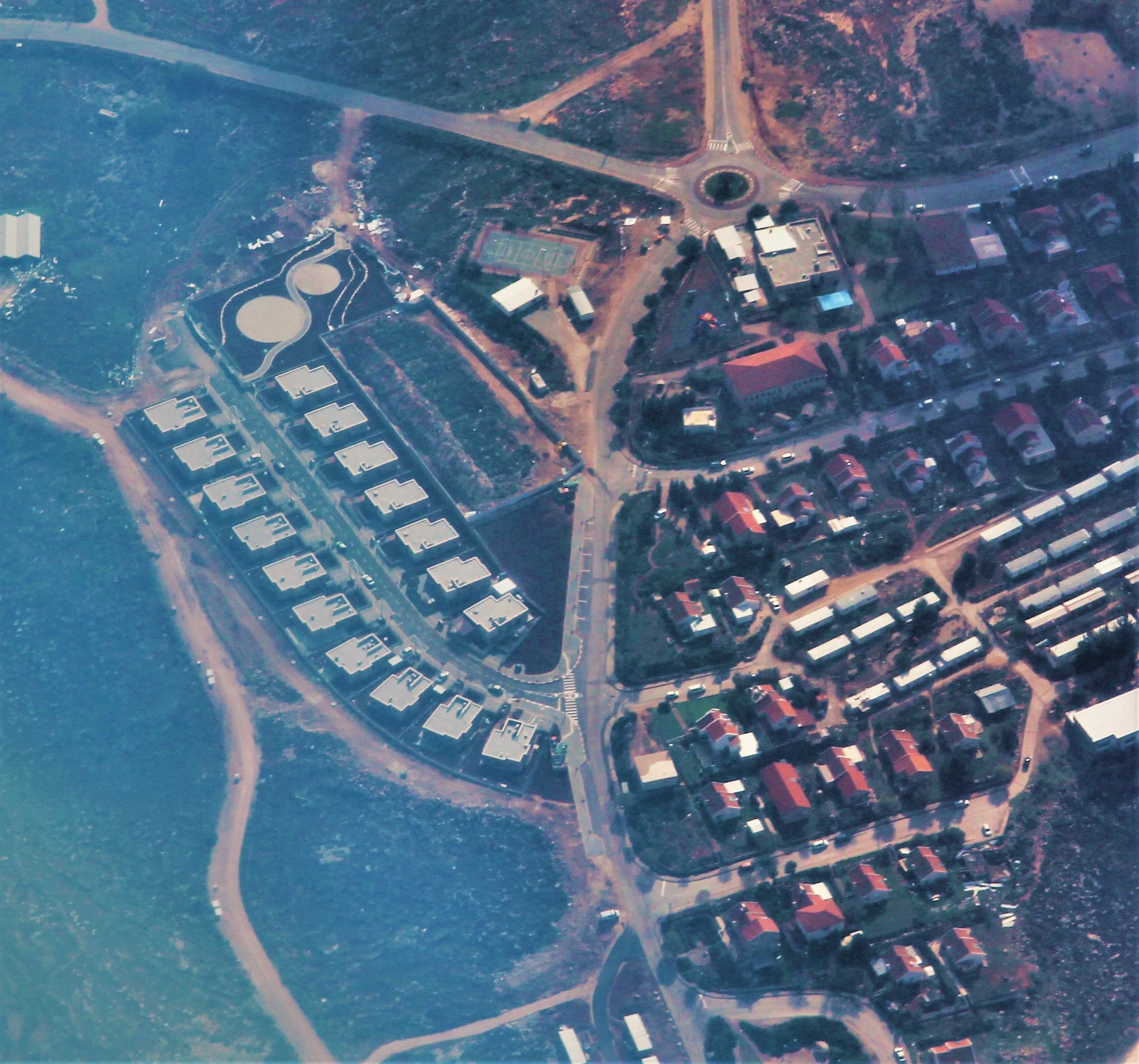 The “Shahar Hatzeira” project (grey buildings on the left) in the settlement of Shvut Rachel (officially part of Shilo), 12 January 2018

In 2010, Peace Now’s Settlement Watch team documented extensive infrastructure work being undertaken in violation of the law and without a valid building plan in what was then the Shvut Rachel outpost (legalized as a settlement neighborhood in 2011). After the Civil Administration refrained from complying with Peace Now’s call to enforce the law and to halt construction, Peace Now filed a petition to the High Court demanding that the work be halted. The Court ordered in May 2010 for the construction to cease, but then the state announced its intention to legalize Shvut Rachel. And so, a few years later the outpost was legalized and the state approved a construction plan for all existing housing structures in Shvut Rachel, but not for the “Shahar HaTzeira project”.

Despite the High Court’s order, around two years ago settlers began building again, according to their earlier project, and at the same time launched an intensive marketing campaign. Peace Now appealed to the Attorney General to open an investigation against those involved in the illegal construction, including (we suspect) the Mateh Benyamin Regional Council, the Amana organization, and the Har Kabir company. It should be noted that the Mateh Benyamin Regional Council is supposed to enforce the law on illegal construction within its jurisdiction, and that according to information obtained by Peace Now, the council was allegedly involved in the illegal construction. For example, the deputy head of the council appeared at a cornerstone ceremony for the Shahar Hatzeira project.

For more than a year, the Attorney General, the police, and the State Attorney’s Office evaded a decision on whether to investigate these large-scale building offenses done in broad daylight in Shvut Rachel. Then, on January 29, 2018, Peace Now filed a petition demanding that such an investigation be opened against the suspects and that work stop on the construction and marketing of the Shahar HaTzeira project.

In the time since Peace Now’s preliminary complaints until the submission of this January 29 petition, almost all of the houses of the Shahar HaTzeira project were completed and occupied. On February 14, 2018, the High Court issued an interim injunction forbidding any construction or sale of the project’s houses.