In August 2018, the Higher Planning Committee of the Civil Administration approved building permits for the construction of two “agricultural farms”: “Giv’at Eitam Farm” on the land of a-Nakhla, south of Bethlehem; and “Shacharit Farm” on the lands of Kafr a-Dik, east of Qalqiliya. These permits constitute retroactive legalization (a.k.a. regulation) of illegal outposts.

Shacharit Farm – In 2014, tractors arrived on behalf of the Shomron Regional Council and paved an access road north of the Bruchin outpost on the lands of Kafr a-Dik, west of Salfit, and established an outpost on a hill called Dahar Sabah. The works included land preparation of about 250 dunams for agriculture and the construction of two buildings. The structures were erected illegally, but the government refrained from enforcing the law and evacuating them. The Shomron Regional Council then applied for a building permit for agricultural purposes. On 28 August 2018, after the Minister of Defense approved the plan, a Subcommittee for Registration of the Higher Planning Committee approved the construction of the buildings and the farm. Thus, the illegal outpost of Shacharit was retroactively legalized. 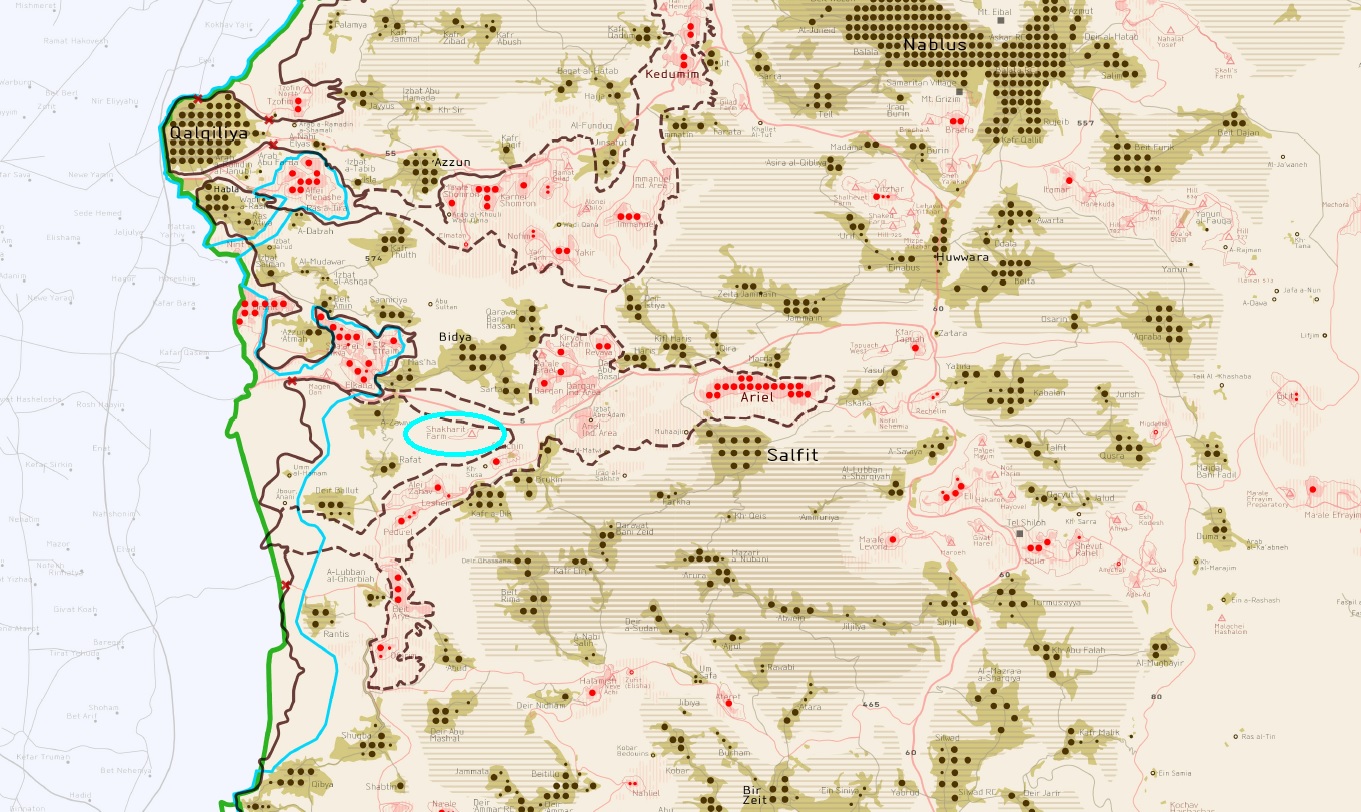 Shacharit Farm is notably located beyond the planned route of the West Bank barrier, near Route 5. As a result, it has widened the “Ariel Finger”–the cluster of settlements leading to Ariel that also serve to stake a permanent Israeli claim over the main Route 5 highway leading to the vital Route 60 highway connecting the largest Palestinian cities in the West Bank. The government’s longstanding efforts to develop settlements leading to Ariel, of which Shaharit Farm is a part, have severed access between Palestinian communities lying north and south of Route 5, disrupting their lives and leading to a number of violations of the rights afforded to them under International Humanitarian Law.

Although Ariel and the settlements leading to it are not considered “problematic” in the Israeli discourse, the truth is that Ariel lies 20 kilometers from the Green Line, in the heart of the West Bank, and it would be exceedingly difficult for Israel to annex the “Ariel Finger” as part of a land swap in a two-state agreement without severely undermining a viable Palestinian state and therefore the stability of such an agreement. 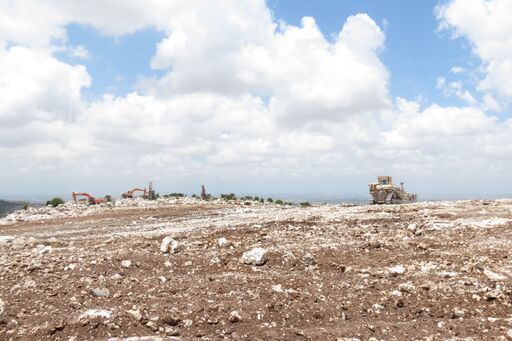 Tractors prepare the land in the Shacharit outpost, 2014

Givat Eitam – In 2014, settlers established an outpost south of Bethlehem in an area dubbed E2 near the village of a-Nahla, as part of the attempt to create facts on the ground and to promote a construction plan for the establishment of a new settlement instead of an extension of the Efrat settlement. The outpost operated illegally for about two years until it was dismantled by the settlers.

Meanwhile, the Efrat Local Council submitted a request for a building permit for the construction of an “agricultural farm” in the area, and after the Defense Minister approved the hearing on the request, on August 28, 2018, the Subcommittee for Registration of the Higher Planning Committee approved the construction of the buildings and the farm. About a week later, a resident of Efrat Ari Fuld was murdered, and Efrat settlers exploited the opportunity to erect the outpost on the ground.

For more on the humanitarian and political problems associated with building in E2, click here.