At the request of the Israeli Government, the Commander of the Central Command issued delimitation injunctions against five unauthorized outposts located in the West Bank in May 2004.  Three months later, in August 2004, he issued an additional delimitation injunction against a sixth outpost.  A delimitation injunction is an administrative measure which sets in motion the legal procedure for evacuating an illegal settlement.  As a result of the issue of the delimitation injunctions, the inhabitants of the outposts, the Amana Movement and the Local Councils in whose boundaries the outposts were located submitted appeals against the intention to remove them from these outposts.  The Supreme Court considered the matter and rejected all of the appeals.  The rejection of the appeals apparently opened the way for the evacuation of the six outposts but the actual evacuation never took place.

We should like to append what Ms. Talia Sasson, Adv. wrote with regards to the non-implementation of the delimitation injunctions, as follows:

“A striking example of the lack of enforcement which originates at the political level is the non-implementation of the delimitation injunctions.  This issue is particularly serious in view of the fact that the reference is not to a lack of enforcement by virtue of omission but to the putting a halt to the enforcement process after it has been confirmed by the Supreme Court.  Thus a clear message is being sent to the settlers, to the soldiers, to the police and to the general public, that there are no real intentions to evacuate the settlers from illegal outposts.  This is because the political level sends out double messages.  Declarations made in the Supreme Court are empty of content since they do not result in actions, even when there are no legal grounds for delay …these proceedings transmit a negative message regarding all aspects of law enforcement as it relates to the unauthorized outposts.”

And elsewhere, she wrote:

“The phenomenon of unauthorized outposts has been taking place before our eyes for several long years, thereby perpetrating serious and ongoing violations of the law.  Law enforcement elements, government authorities and the political stratum of Israel have been aware of these actions for a number of years.  All this time, the authorities took no determined steps to enforce the law in order to put a stop to these acts.  On the contrary, as is shown in this report, various state authorities did their best to support this phenomenon, to finance and encourage it, all without legal authority and in fact, in violation of the law.  This is the double message which has been sent by the political level to the military level and government authorities for years regarding unauthorized outposts.  Justification for not implementing the delimitation injunctions which were issued and approved by the Supreme Court, the complexity of actually implementing and applying the delimitation injunctions, cannot last for long.  The more time that passes after the confirmation of the delimitation injunction by the Supreme Court without its being implemented, the more persons will receive the impression that there are no real intentions to evacuate those outposts, and there is concern that this is but another link in the double message syndrome.”

In this petition, the Peace Now movement asks that the Court issue an order nisi ordering the Minister of Defense and the commander of the Central Command to respond and show why they should not take all necessary actions to enforce the area delimitation declarations for the six unauthorized outposts.

To see the petition in its entirety – click here.

On May 18, the Israeli newspapers Ynetnews published that the Defence Minister, Amir Peretz renewed the evacuation orders allowing the immediate clearing of these 6 outposts and 6 other ones.

On May 24, the High Court has concluded its hearings and the desicion on tha matter will be published on another date.

On June 6, The High Court rejected the appeal, they declared that since the government has already expressed its commitment to remove the outposts it is not necessary at this time for the court to intervene in the process and timetable.

Peace Now will accept the court’s decision and grant the government time to act, however we will reassess the situation in a few months. Should there no be any significant changes in the near future then Peace Now will adopt the court’s recommendations and re-appeal to the court demanding the outpost’s immediate removal. 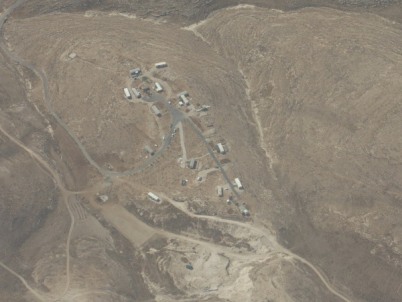