The Israeli Land Administration announced last week the allocation of 180 new housing units in East Jerusalem for families of people from the Israeli security forces (the army and police). The decision was made in accordance with the Israeli Government’s decision from 20.5.12 to allocate units for security people in Jerusalem in “places with special characteristicsthat can justify such allocations, according to the ILA considerations”.

Since almost no Palestinians serve in the Israeli security forces, this decision is clearly intended to prevent from Palestinian families the possibility to buy homes in the new neighborhood, which is located between two Palestinian neighborhoods, Sur Baher and Um Lison. 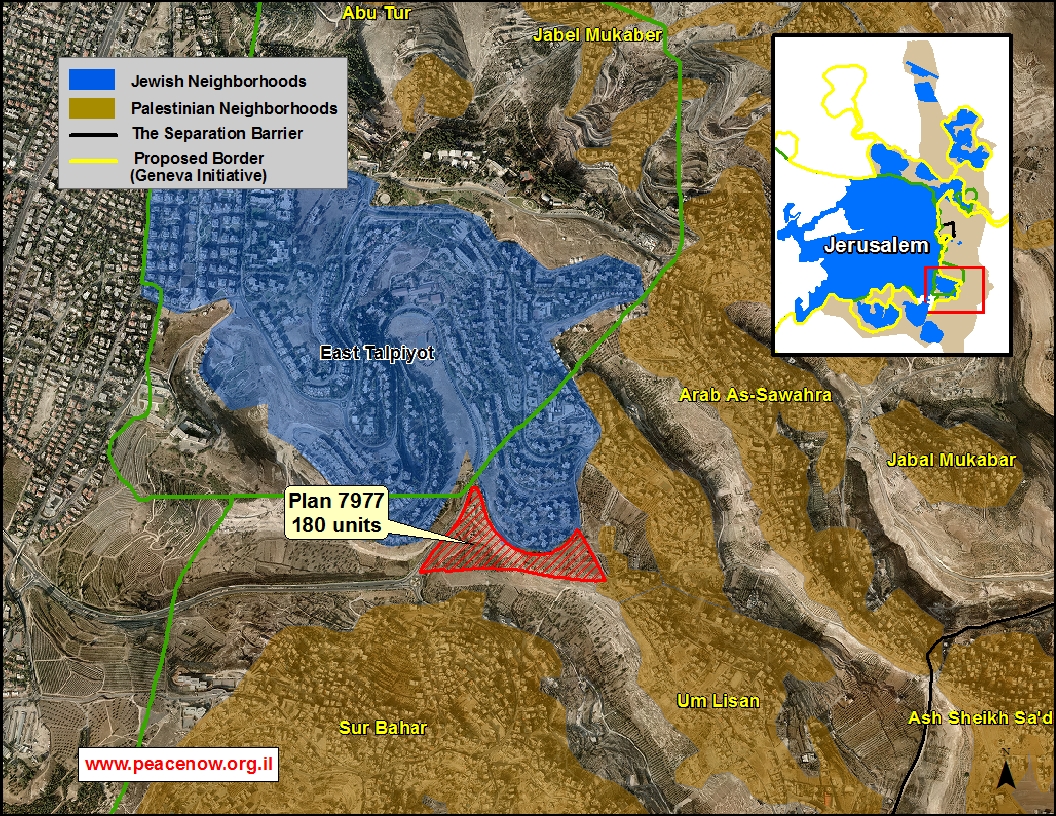 The plan, number 7977A, is on lands that were confiscated by the Israeli Government back in 1970 as part of the confiscations for the East Talpiyot (AKA Armon Hanatziv) neighborhood. On July 2012, the plan was officially announced valid after the final approval by the regional planning committee.

Peace Now: “It is a shame that in a city where over 1/3 of the population is Palestinian, the authorities are planning only for Israelis, even near Palestinian areas in East Jerusalem, where such construction is desperately needed. This policy is not only taking us away from the possibility to get to Two States, but is also discriminatory and adds to the instability in Jerusalem”.