The NGO bill, also known as the transparency bill, is focused on peace and human rights organizations who already report quarterly on donations from foreign governments. In the meantime however, right-wing NGOs to which the bill does not apply operate under extremely low transparency levels. A Peace now study reveals that 94% of the donations to right-wing NGOs are nontransparent.
Fore instance, the Yesha council received over 22.8 million shekels in donations in the years of the study but reported on the identity 2 donors only to the Registrar for Associations (a total sum of 56,000 shekels). The ElAd NGO that works to expand settlements inside Palestinian neighborhoods in East Jerusalem received 426 million shekels in donations without reporting on the identity of the donors. Donations to the organizations studied originate mainly from private individuals in the United States through American organizations with a tax-deductible status and from Israel’s state budget, meaning, from Israeli taxpayers’ money. If the Minister of Justice is truly interested in transparency, she must hold right-wing NGOs to the same standard.

For the full report: http://goo.gl/5W6Uur 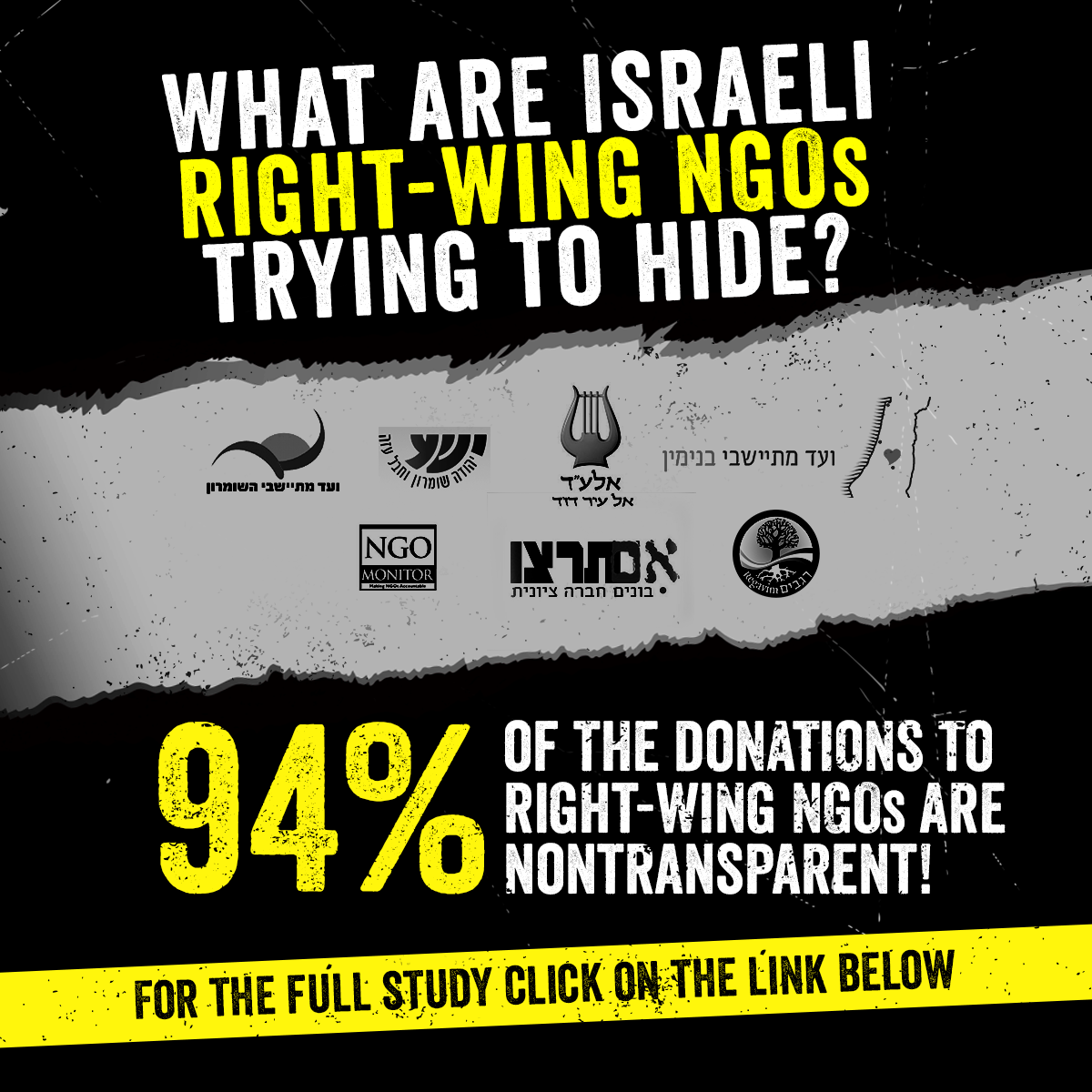