When the Occupation Occupies Israel

On December 27th, Peace Now and Haaretz Daily organized a conference titled “When the Occupation Occupies Israel: How the new right-wing government will impact the two sides of the green line?” The event was held in Tel Aviv and attracted a diverse audience of concerned citizens, policymakers, and journalists.

The conference was moderated by Noa Landau, the Deputy Editor of Haaretz, and featured a panel of knowledgeable speakers. Shaqued Morag, the Executive Director of Peace Now, provided an overview of the organization’s efforts to promote a political resolution to the conflict. Adv. Michael Sfard, an expert in international humanitarian law and the legal counsel for Peace Now, offered a detailed analysis of the legal implications of the new right-wing government’s policies. 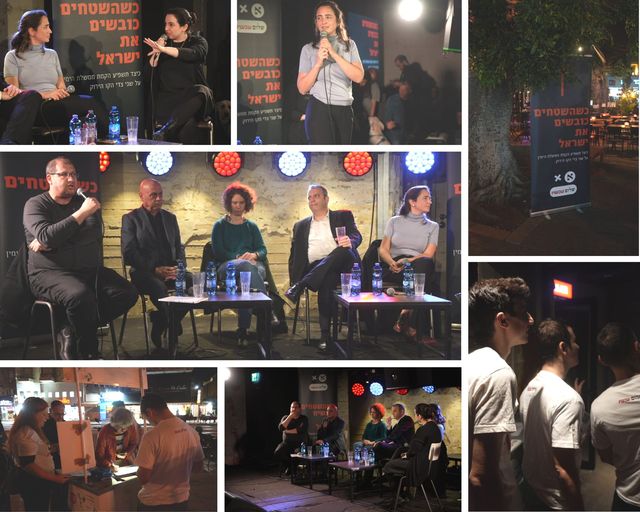 Esawi Frej, former Minister of Regional Cooperation, shared his thoughts on the importance of building bridges and fostering regional cooperation. Hagar Shezaf, the West Bank Correspondent for Haaretz, shared her firsthand experiences of the conflict and the impact it has had on the Palestinians living in the occupied territories. Finally, MK Rabbi Gilad Kariv, a member of the Israeli parliament, provided a political perspective and the efforts being made to oppose the new government’s policies.
Overall, the event was a thought-provoking and informative discussion, and it left attendees with a renewed sense of hope and determination, something we will definitely need in order to stand against the new pro-settler, fascist, and racist policies of our new government.