Two illegal buildings in Beit El were demolished today following a High Court ruling. While everyone is talking about the demolition of these two (unpopulated) structures, we must not forget that the settlement of Beit El is located far from the green line and is surrounded by Palestinian towns and villages, including Ramallah.
Beit El will never by a part of Israel under any future agreement because its (purposefully) located in the heart of the West Bank in an attempt to block the possibility for a two state solution.
By announcing the approval of construction of another 300 housing units in Beit El, and approving plans for housing units in East Jerusalem, Netanyahu, yet again, gives in to settler extortion and bullying – and all on the expense of Israeli citizens.
What happened today is another proof of the fact that Netanyahu acts against the interest of the majority of the Israelis who understand that continued control over millions of Palestinians and allocating large budgets to settlements threaten the future of Israel. 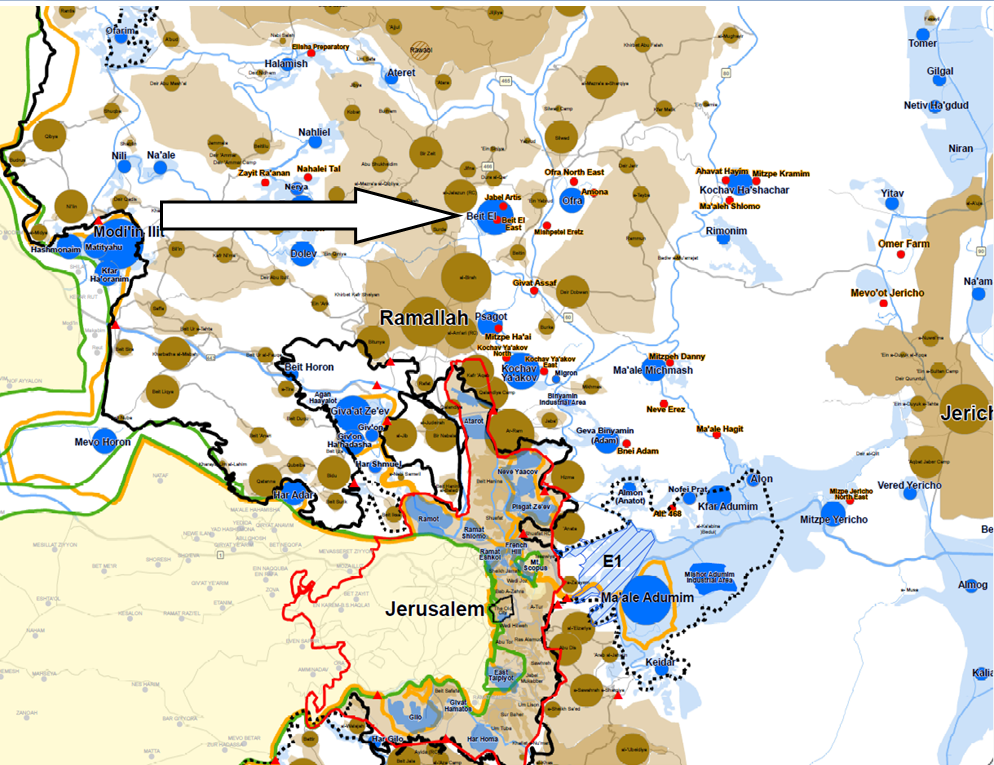