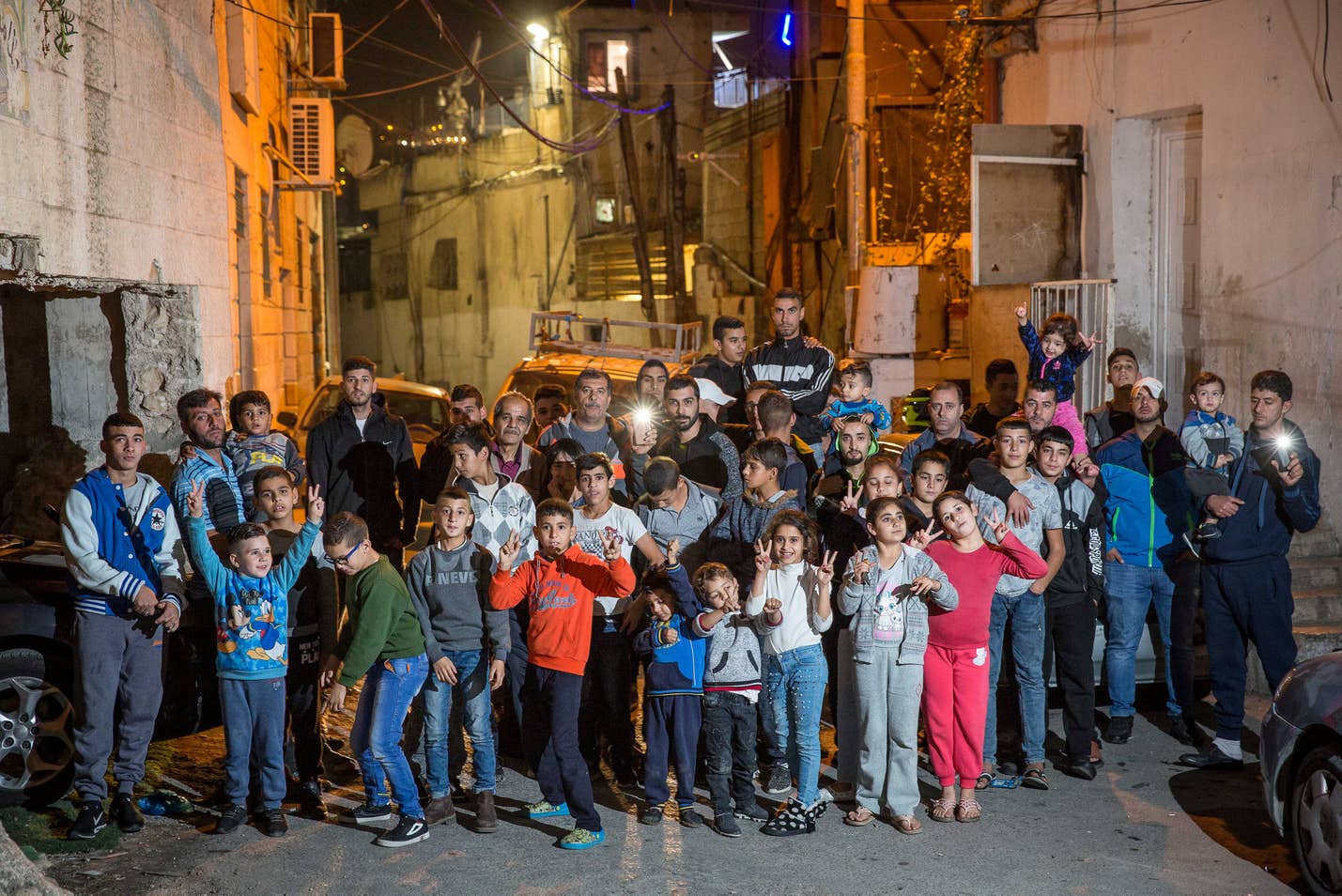 Palestinian residents of Batan Al-Hawa, Silwan, 2018. All of them are under threat of eviction. Photo: Emil Salman, Haaretz.

Since the beginning of 2020, the Israeli courts authorized the evictions of 36 Palestinian families, totaling 165 individuals, dozens of them children, from their homes in Batan al-Hawa, Silwan and Sheikh Jarrah in favor of settlers. Located within the Old City environs, the most politically contested and religiously sensitive area in Jerusalem, these two neighborhoods are under concerted and heightened pressure from state-backed settler groups. More than 100 families are in various stages of proceedings in eviction lawsuits filed against them by settler organizations.

More than 1000 people are at risk of becoming homeless with no compensation nor alternative housing and an obligation to cover exorbitant legal fees. This unprecedented threat of mass displacement would cause a humanitarian disaster for the families, as well as carry far-reaching political ramifications on the prospect of peace and the stability of Jerusalem.

In both Silwan and Sheikh Jarrah, the cases are based on the exploitation of the Legal and Administrative Matters Law of 1970 which affords Jews the right to reclaim assets in East Jerusalem now inhabited by Palestinians based on the claim that they were owned by Jews prior to 1948. No parallel legal provision exists for Palestinians to recover lost properties in West Jerusalem. To the contrary, the 1950 Absentees’ Properties Law denies Palestinians who were forced to abandon their homes in Israel due to the war of 1948 a similar right. Many of the Palestinian families, especially in Sheikh Jarrah, are refugees who lost properties in Israel in 1948, and now stand to be made refugees for a second time. In all cases, the settlers who file eviction claims have no familial, communal or professional relation to the original Jewish owners, yet are able to exploit the discriminatory 1970 law coupled with government assistance for their own political and ideological purposes.

A POLITICAL VS. LEGAL MATTER

Although these cases are being argued before the Israeli courts as isolated and individual disputes over land ownership, the truth is that it is a systematic government-endorsed campaign, driven by political and ideological motives, to consolidate Israeli hegemony of these areas by forcibly transferring entire Palestinian communities and supplanting them with Jewish settlers. These measures are reinforced by a constellation of touristic settlement sites, which together forge a ring of Israeli control around the Old City area with the aim of thwarting any future agreed political resolution on Jerusalem within a viable two-state framework.

Since the eviction demands are based on discriminatory laws, the legal recourse is limited. The only effective means of preventing the mass displacement of these Palestinian families is through a government directive that can only be achieved as a result of amplified pressure.

NOW IS THE TIME TO ACT

The unprecedented number of court decisions over the past year places these families under heightened threat of eviction, who are exhausting their legal remedies. In an unusual move, the Supreme Court requested the opinion of the Attorney General of Israel, to be filed by May 31, on the legal issues raised in the case of eight families from Batan al-Hawa, which have reached the Supreme Court level. The government is now being compelled to take an explicit position on these measures. If the opinion of the Attorney General ultimately upholds the eviction claims, the Israeli government would hence become a direct party to the crime of mass displacement, amounting to a form of forcible transfer of over 1000 Palestinians from their homes.

This provides a rare opportunity for local and international actors to exert pressure on the Israeli government to block these processes of forced displacement and dispossession, which carry acute humanitarian ramifications and undermines any future political resolution on Jerusalem.

WHAT THE ISRAELI GOVERNMENT CAN DO TO END THESE EVICTION PRODECURES

1. Take a legal position predicated on the illegality and exploitative nature of the eviction proceedings within the Attorney General’s opinion to the Supreme Court.

2. Refrain from dispatching police forces to enforce the evictions due to security and political constrains.

3. Expropriate the lands from the settlers and compensate them. It is worth mentioning that Israel has confiscated some 6,000 acres from Palestinians in East Jerusalem since 1967 in order to build homes for Israelis; it can confiscate three acres from settlers in Sheikh Jarrah and Silwan to allow Palestinians to remain in their homes.

WHAT WE CAN DO TO STOP THESE MEASURES OF DISPLACEMENT

1. Speak Out! Raise the issue publicly, in the media and through social media.

3. Join the protests in Jerusalem and worldwide.

Peace Now’s analysis of the legal basis of the eviction lawsuits. 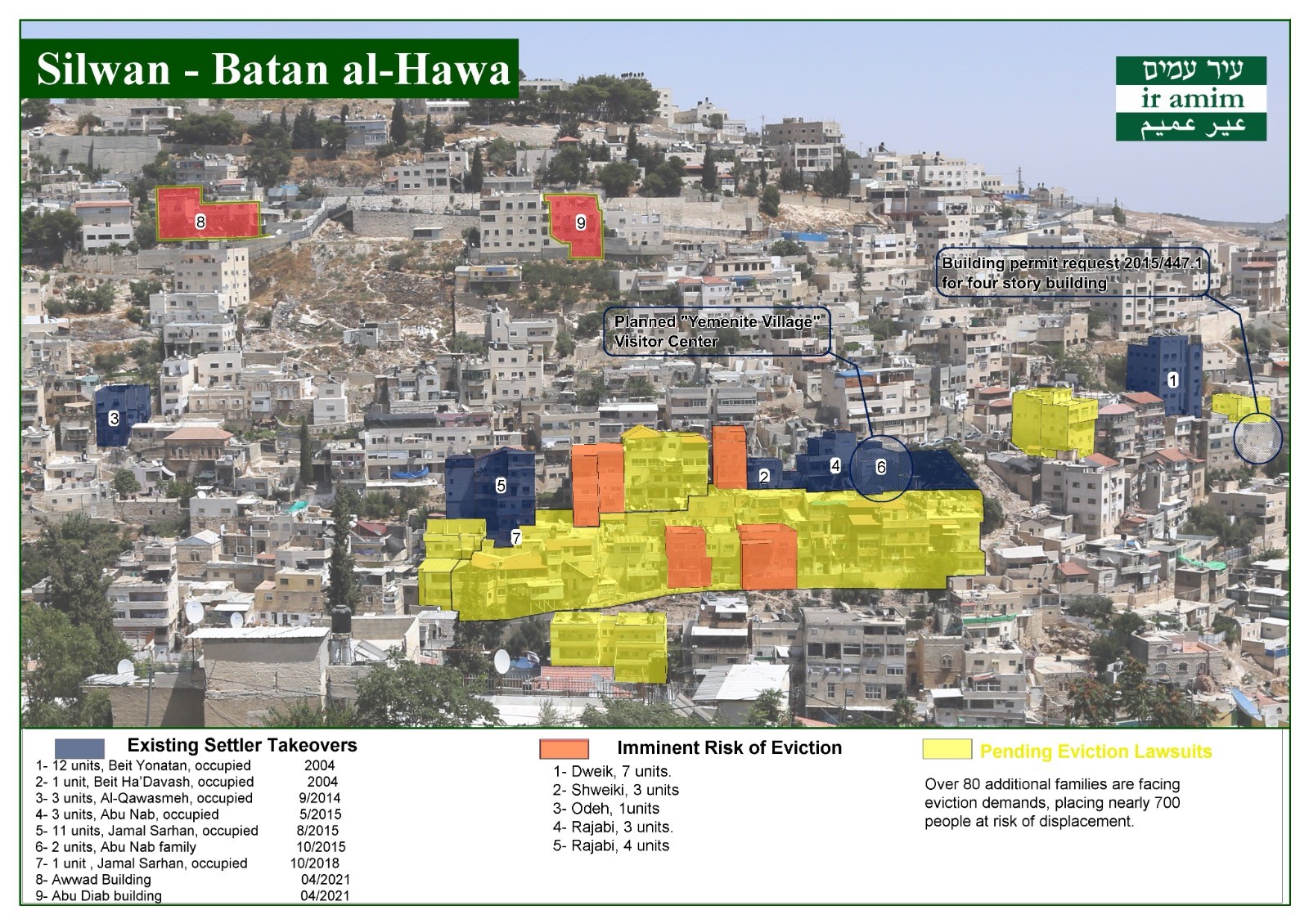