In recent weeks the settlers launched a campaign in order to pressure the government not to remove the outposts. The pressure resulted in a promise by PM Netanyahu to set up a task force to explore ways to legalize houses in settlements that were built on private Palestinian lands. However, the Attorney General, Yehuda Weinstein, ruled that the committee will not be able to discuss houses on which there is already a court hearings, but only on future demolitions that are not yet discussed in courts. As a result, Netanyahu sought the way out through another postponement of the deadline for the eviction. As for the eviction of the outposts of Mitzpe Yizhar and Ramat Gilad – the government promised to evict them by the end of year 2011, as stated in March.

However, the court have yet to rule whether the postponement is accepted, and the judges might set a different schedule for the evictions or for the future updates by the State.

For the State’s Update to Court (in Hebrew) – see here. 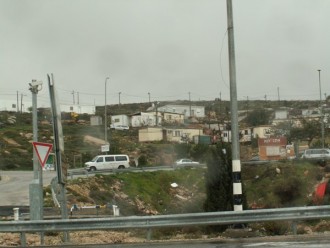