More than 300 activists from all over the country joined a protest on Friday, 18th January, organized by Peace Now next to the illegal outpost of “Evyatar.” It was really inspiring to see so many Israeli peace activists rallying together at the West Bank against the legalization of this unauthorized outpost and fighting together in order to change this unjust reality. The establishment of a new settlement in the depths of the West Bank is a security burden and a real threat to the chances for peace. Also, this is a breach of the status quo upon which the Bennet-Lapid government was founded. This event marks a new period of protest and solidarity action of Israelis in the Occupied Territories. 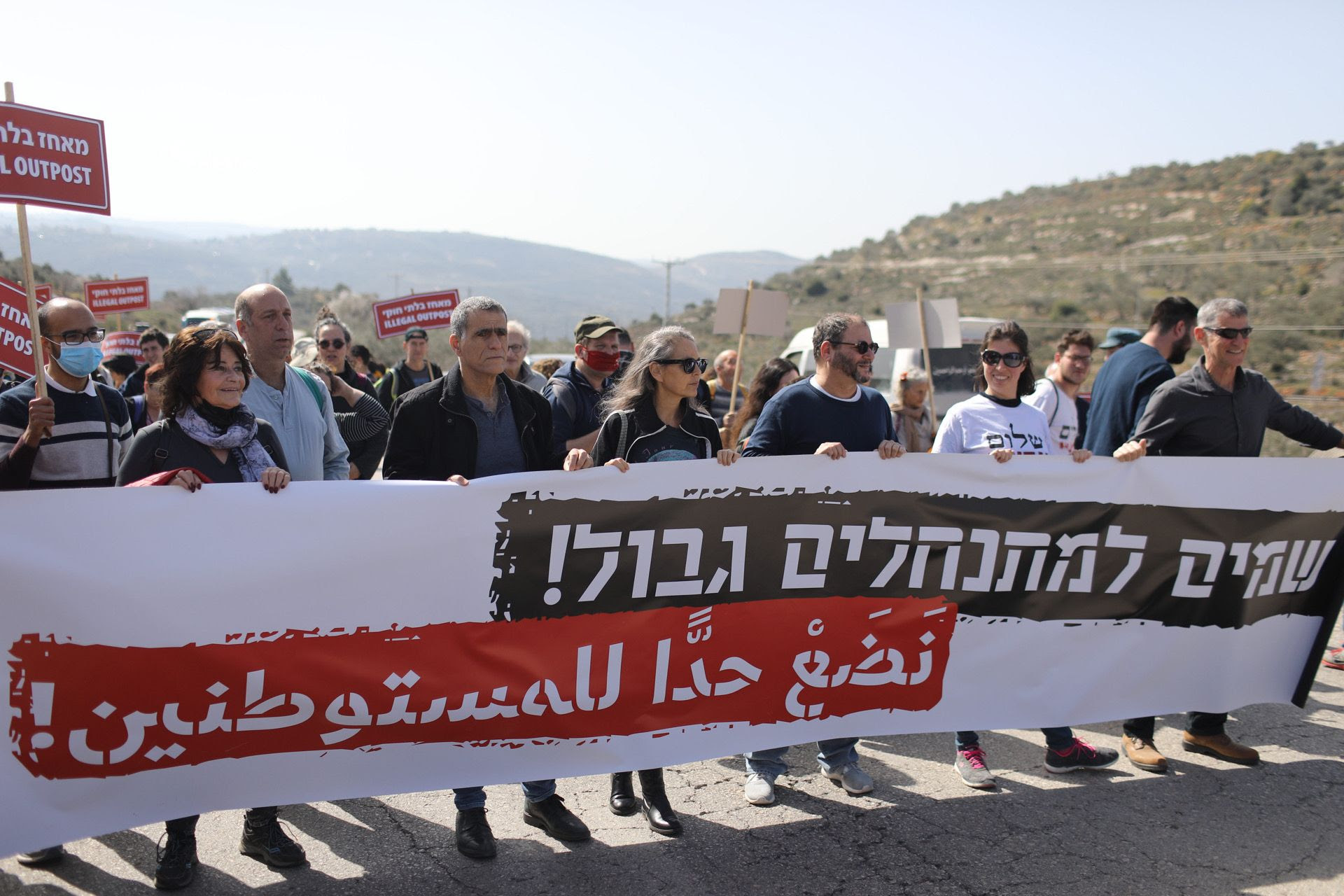 Hundreds of activists decided to join us to demand Defense Minister Benny Gantz to evict this illegal outpost and stop the land usurpation. We demanded from the Israeli government to stop the establishment of this isolated and dangerous settlement because it harms Israel´s security and keeps damaging the possibility of an eventual peace between Israelis and Palestinians and a two-state solution.
From the very first moment that our buses were approaching the Zaatra (Tapuach) Junction – a few miles away from the illegal outpost “Evyatar” – both the Police and the Army were aiming to stop the protesters from marching towards the illegal outpost. Police stopped some activists from ascending a hill next to the illegal outpost, since the area around the illegal outpost was declared a ‘closed military zone’. However, dozens of them reached the outpost. Dana Mills, the interim director of Peace Now, insisted that demonstrators should have the right to protest at the outpost, arguing that: “The outpost is illegal, not the demonstration.” 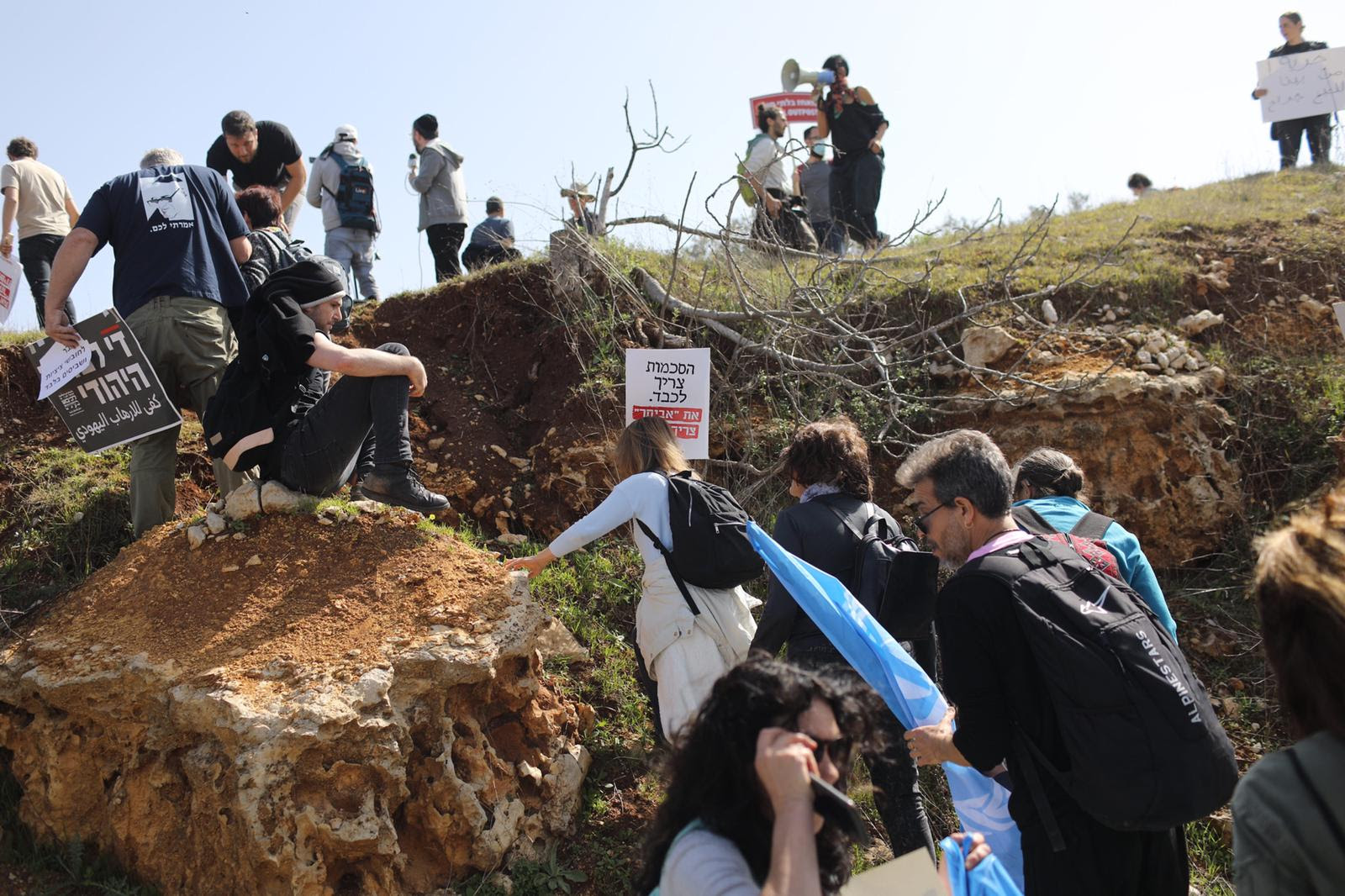 This protest was led by Peace Now and a wide coalition of organizations joined us, including activists from different movements, such as Mechazkim, Combatants for Peace, Breaking the Silence, Mothers Against Violence, and many new and young activists from the Balfour protests. Among the politicians at the demonstration were Yair Golan, Deputy Minister of Economy and Industry, and MK Gaby Lasky and MK Mossi Raz from Meretz. Also Ofer Cassif from the Joint List was present at the protest.
The protest organized and led by Peace Now followed the planting event two weeks ago in Burin, marking a new period of protest and solidarity action of Israelis in the Occupied Territories. This is part of a series of protests organized by a broad coalition of organizations with the primary objective of opposing the Israeli occupation of the West Bank and fighting settler violence. We are not ready, at any cost, to let the Israeli general interest to be threatened by the lawlessness of a far-right radical and messianic group. 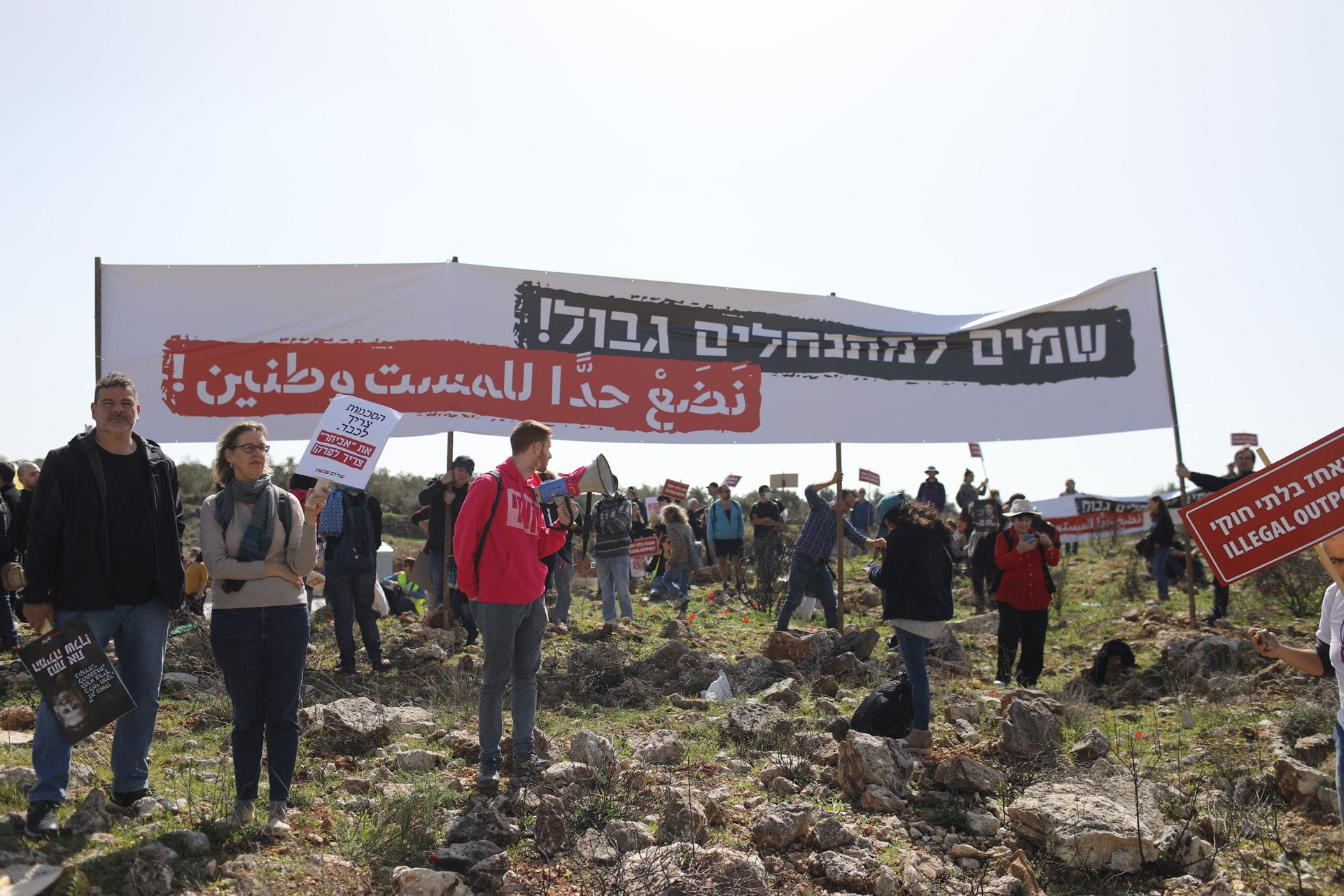