In a letter to the Mayor of the settlement of Givat Zeev, Minister Ariel Atias said that the Ministry started to plan a new neighborhood of some 800 housing units south of Givat Ze’ev. The land was allocated in the past to the settlers of Ofra for agricultural use. According to the report of the Israeli GLZ radio, although the plan will have to get the approval of the Minister of Defense, the Ministry of Housing have already allocated the money for the planning.

This is the first step in a very long procedure that should take years before all the approvals are granted and the construction could start. However, it is another sign of the intentions of the current Israeli Government. It is a strategic plan, that is meant, from the one hand, to create a territorial continuity between Jerusalem and Givat Zeev, and from the other hand to create a barrier between the Palestinian communities south-west of Ramallah, and the heart of the potential Palestinian State in East Jerusalem and Ramallah. The construction in the “Settlement Blocs” is more of a threat to the two states solution than in the other settlements, because it creates facts on the ground that will be much harder for Israel to remove, and it limits the ability of the negotiators to find potential land-swaps that would be necessary for an agreement.

The Area for Planning: 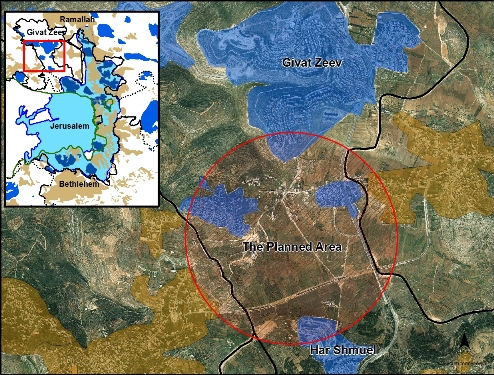 The Area of the Plan: 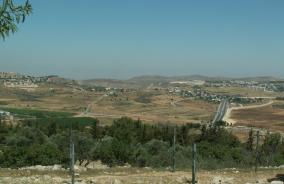