Tomorrow, Wednesday 13/3 at 9:00 the High Court of Justice will discuss a petition that was filed by Palestinian owners of lands in Givat Eitam, near the settlement of Efrat south of Bethlehem against the declaration of their lands as State Lands. If the court approves the declaration, it will allow the Ministry of Housing to continue the planning process of a plan to build 2,500 housing units near Efrat.

In August 2004 the Civil Administration declared approx. 1,341 dunams from the lands of the Artas village as State Lands. Some of the Palestinian owners of the lands appealed against the declaration to the Military Appeals Committee, their appeal was rejected so they filed the petition to the HCJ.

In 2009 the court issued an interim order to freeze the situation, disallowing any changes on the disputed lands. The sides were sent to come to their own agreement them on the borders of the state lands, however the two sides were unable to agree. Since then the case has been dormant.

A few months ago the state renewed the talks, probably in order to be able to move forward with the planning of the new neighborhood. Since no agreement on the disputed lands had been made, the issue is returning to court and will be discussed tomorrow.

The Attorney representing the Palestinians is Adv. Sani Khoury. 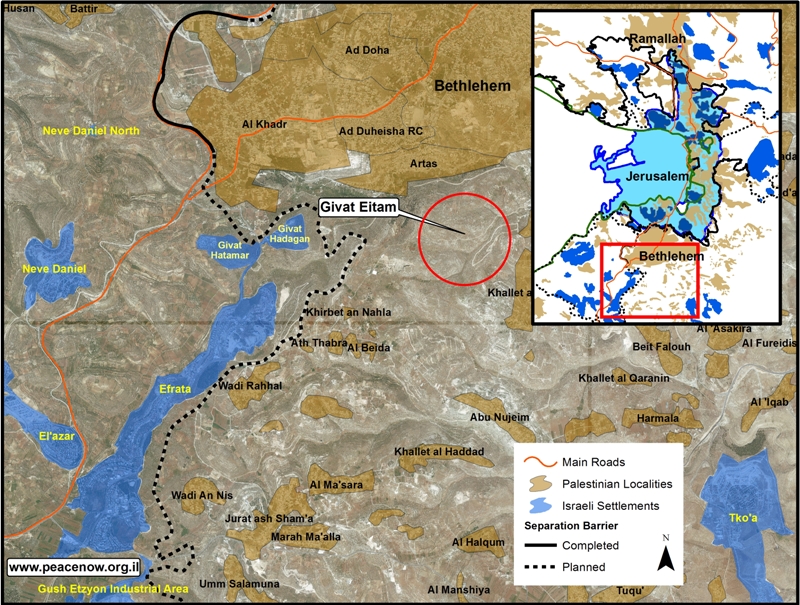