According to a report by Walla News, the Higher Planning Committee of the Civil Administration has approved yesterday the depositing of a plan to build 296 units in the settlement of Beit El near Ramallah. According to the report, The Minister of Defense, Moshe Yaalon, has signed the approval to promote the plan two weeks ago. As opposed to the 1,506 units that we reported to have been promoted in various plans since January by the previous government, this plan is a decision by the new Government, and it shows that Netanyahu’s policy of restrain on settlements was even more partial, if at all. 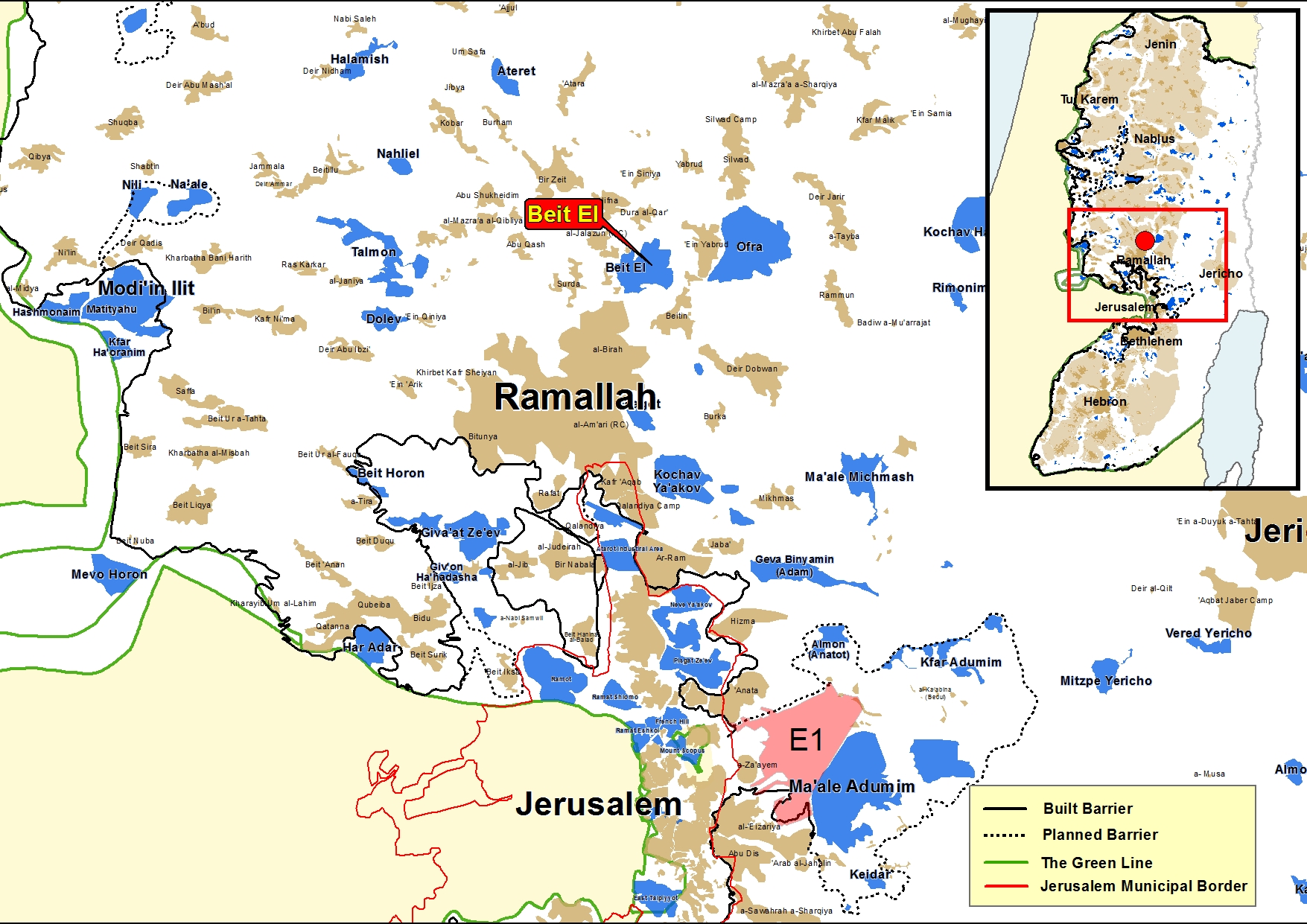 The plan: many units in an isolated settlement

The settlement of Beit El is located very close to Ramallah, in an area that will not be annexed to Israel under any future peace agreement. A plan to add 296 units is a very big plan for a settlement like Beit El where there are today approx. 900 units; it is a growth of 33% for the settlement.

This plan comes in addition to few other plans that were approved for Beit El in recent months:

Plan no. 218/11 for 200 units that was deposited for public review on December 12, 2012 (the plan is meant to allow the expansion of existing homes in Beit El and to add to them another unit).

Plan no. 218/12 for the construction of 30 temporary homes for the families evicted from the Ulpana houses.

The plans in Beit El come as part of the “Ulpena Deal”, the “compensation” promised by the Government to the settlers in return for their quiet evacuation of the 5 homes at the Ulpana Hill in Beit El that the Supreme Court ordered to demolish.

The approval for depositing is one of the first phases of the planning process following which the plan is deposited for public review, and after hearing the public’s objections, the plan may be approved. The final approval of the plan may take place in several months to a year, and the construction may start soon after.