Following Peace Now’s petition against the illegal construction of 50 housing units in the settlement of Shilo, North East of Ramallah the State updated the court that the Minister of Defense have approved the planning of 119 units that will retroactively legalize the houses that were already built and allow the construction of new units. 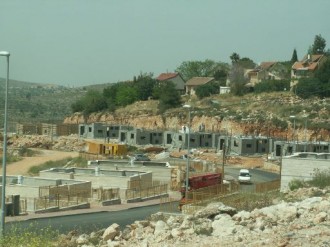 Since the end of the settlement moratorium in September 2010, the Minister of Defense have approved plans for at least 327 new housing units in the West Bank (such as: 50 units in Kfar Eldad, 27 in Halamish, 40 in Oranit, 42 in Anatot, 50 in Alfei Menashe). It was also reported that the Defense Minister have approved plans to retroactively legalize hundreds of housing units in various settlements (such as: Rotem, Hemdat, Sansana, and Nofim). However, the approvals of the Minister are not public, and there might be many more approvals that we don’t know of.

In addition, since the establishment of the Netanyahu government, the Defense Minister approved the marketing of at least 1,500 units in West Bank settlements (the approval for marketing is required in some of the settlements in order to start the construction, after the plans are already approved).

In addition to the approvals for planning and marketing, the construction on the ground continues in all areas of the West Bank. According to Peace Now’s count, in the 10 months since the settlement moratorium 2,600 housing units started to be built in the settlements (East Jerusalem excluded).