The announcements on the intention to legalize outposts are coming following petitions that were filed against the outposts and after many years that the Israeli government has been dragging the time and refrained from enforcing the law against the outposts. As the moment of truth is approaching (the state must update the court on the preparations for evictions on November 1st in Peace Now’s “Six Outposts” petition, see below), the settlers are putting more and more pressure on the government, and the tensions on the ground are growing. 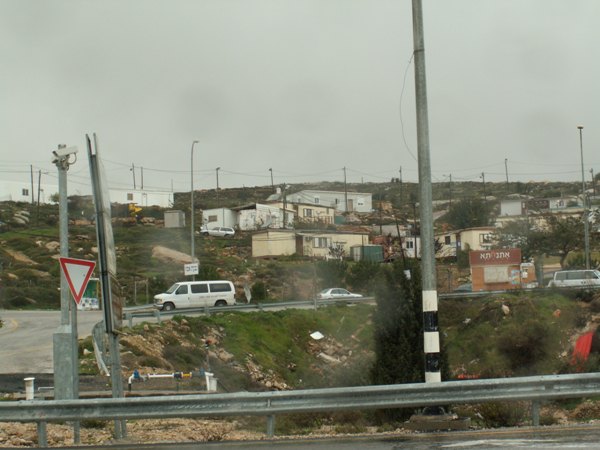 Read the political Analysis of the legalization here.

Unlike previous governments that promised the court to enforce the law against the illegal outposts, the Netanyahu government has changed policy and announced its intention to authorize outposts. This means that the Israeli government is admitting that it intends to establish new settlements despite the fact that it has committed not to do so. So far we are aware of at least 10 outposts that the state intends to authorize with some 650 illegal homes:

* Two outposts of the “Six Outposts“– in a petition filed by Peace Now, the state informed the court on March 7th, 2011 that the Prime Minister decided on a new policy regarding the illegal outposts: Outposts built on private land will be evacuated and the others will be authorized.
Under this policy decision, out of the 6 outposts in the Peace Now petition: One (Givat Assaf) is located entirely on Palestinian private land, thus according to the State’s announcement, should be evicted by the end of 2011; 3 outposts (Haroe, Ramat Gilad and Mitzpe Yizhar) are located partially on private Palestinian land and it is unclear whether the State plans to legalize them, and two outposts (Ma’ale Rechavam, and Mitzpe Lachish) are located on lands that were declared as State Lands and the government is likely to announce the intention to legalize them. The court ordered the state to update on the approval and/or the eviction process by 1.11.11.
In Ma’ale Rechavam there are 28 trailer homes, and in Mitzpe Lachish another 12.

* Harsha and Hayovel, in response to a Peace Now petition the government told the court in January 2010 of its intention to conduct a survey of the land in question so to explore the possibility to change the status of the land from private land to “declared state land“. On 24/8/11 the State announced that following the results of the survey, around 1,000 dunams (250 acres) were declared as state land, and that the State intends to authorize the outposts. The court gave the State 60 day’s to update on what it intends to do with those houses in the outposts that are on private Palestinian land.
In Haresha there are 8 permanent homes and another 60 caravans, and in Hayovel there are 16 permanent homes and another 27 trailers.

* Derech Haavot, in response to another Peace Now petition submitted jointly with the Palestinian landowners, on 25/4/10 the State announced to the courts of its intention to conduct a survey of the land to explore the possibility of authorizing the outpost. In June 2011 the Civil Administration informed the lawyers of the landowners that work on the survey is still in progress.
In Derech Haavot there are 18 permanent homes and another 18 trailer homes.

On March 7th, 2011, in “the Six Outposts” petition by Peace Now, the government announced of a new policy according to which the outposts built on “State Land” will be legalized, and those on private Palestinian land will be evicted. Following the settlers’ pressure, it is now reported that Netanyahu decided to set up a task force to explore ways to legalize outposts that are on private Palestinian land. It is very hard to imagine a legal way to make a land grab legal (although in the framework of ongoing occupation this could unfortunately happen), but even if this “task force” doesn’t come up with legal solutions, the government will probably be able to use it in order to buy more time from the courts, and ask to wait with the enforcement of the law.

At least 70 outposts are located fully or partially on private Palestinian land (and there are many other official settlements on private Palestinian land). Although the announcement of the government from March 2011 was phrased as a general policy, it seems that only in cases where there are petitions to the court, will the government bother to try to legalize (or to enforce the law and demolish) outposts.

There are at least 8 outposts on private lands that are now under petitions:

* Givat Assaf – one of the Six Outposts at Peace Now’s petition where the government officially promised to evict by the end of year 2011.

* Migron – in the case of Migron there is a court ruling ordering the eviction of the outpost by March 2012, the government might try to postpone the implementation of the ruling.

* The outposts of Jabel Artis (near Beit El), Amona, and Mitzpe Kramim are all on private Palestinian land and are pending in courts.

The outposts of Haroe, Ramat Gilad and Mitzpe Yizhar (of “the six outposts”) – are partially on private land.