According to reports, the Israeli Government declared yesterday (30.11.12) following the UN decision on a Palestinian State, that 3,000 new units in the West Bank and East Jerusalem will be built, and that the plans to build in E1 will be promoted. This move might be devastating for the two states solution, especially the promotion of the plans in E1.

Peace Now: “The Netanyahu Government is serving a lethal blow to its own public relations efforts. Instead of using the UN bid to launch negotiations, the government is punishing Israel itself by building the very obstacles that might prevent the two states solution”.

The Government did not specify where the 3,000 new units in the West Bank and in East Jerusalem are. Like the announcement to build 2,200 units following the UNESCO vote last year, where it took two weeks till a detailed list of tenders was published, also today, it might take a few weeks till we know where exactly those units are planned. We can only speculate, based on information on existing plans that were approved in the past, that we will find, among others, tenders in Beitar Illit, Efrat (Givat Hatamar), Givat Ze’ev, Gilo, and other settlements.

In any case, the number of 3,000 units is very high compared to the yearly average of construction, especially given the fact that the Netanyahu government has already broken the record number of tenders: 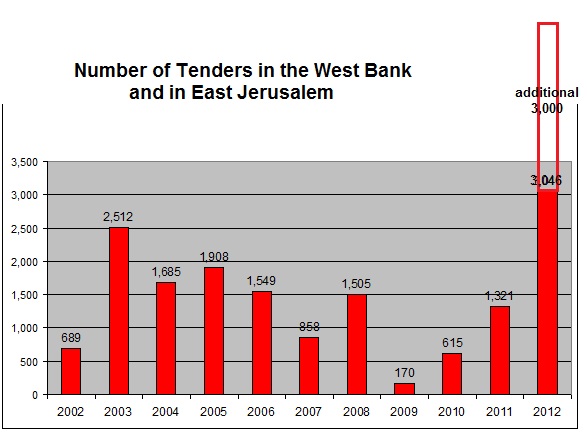 2. The promotion of plans in E1

The E1 plan, for the construction of thousands of units between East Jerusalem and the settlement of Maale Adumim, could be the death blow to the two states solution. It is meant to prevent the territorial continuity of the Palestinian state, to cut between the north and south of the West Bank and to isolate East Jerusalem from the Palestinian territories. However, the construction of the housing units in E1 cannot start immediately. In order to build the housing units in E1, there is a need for a detailed plan to be approved (there is, however, an approved plan to build an industrial zone in E1 that could be built right away, but no housing units). The decision of the Government yesterday indicates that the green light was given to move forward with the planning of the housing units. For full details of the status of the different plans in E1 see here. 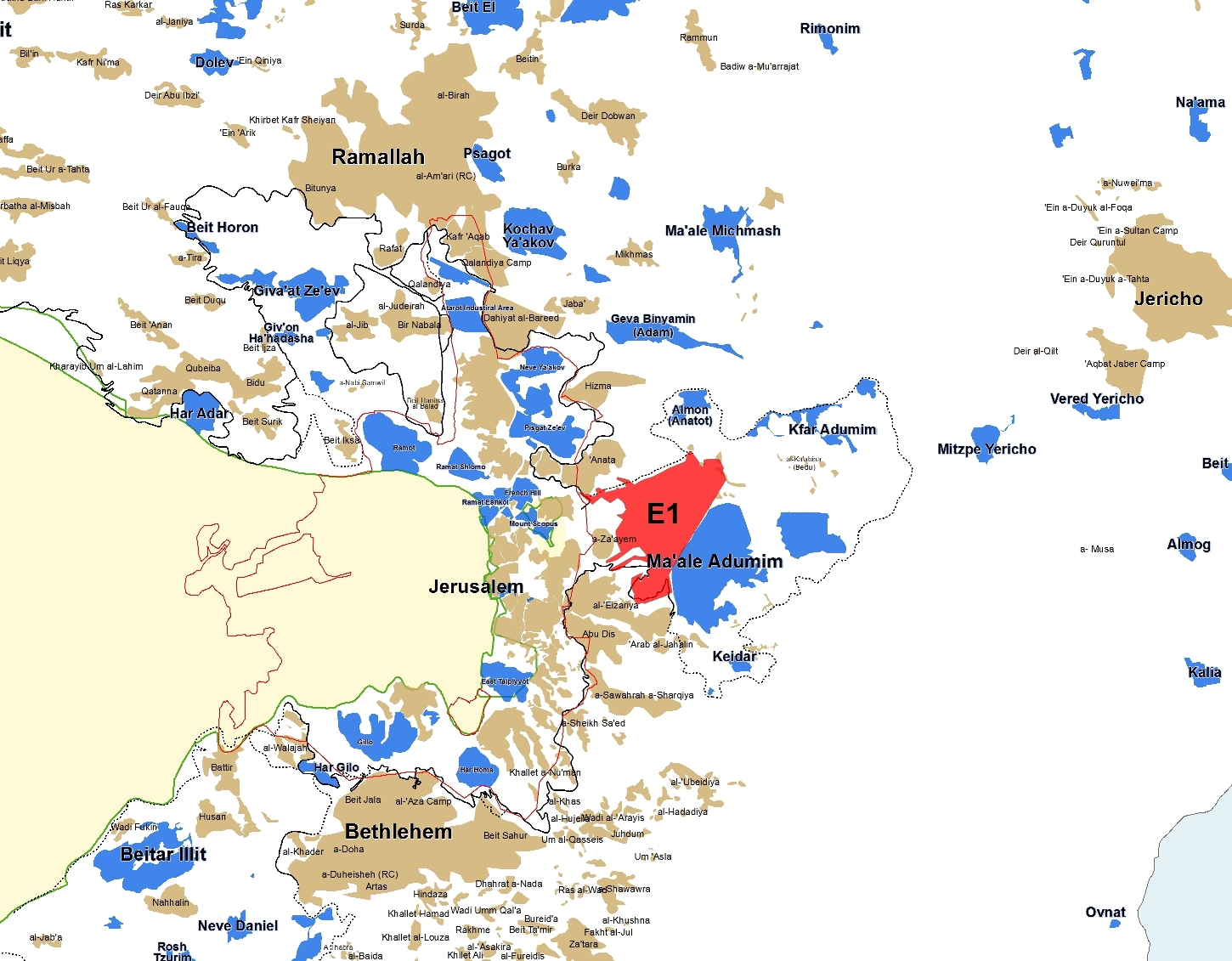 The Planning Status in E1 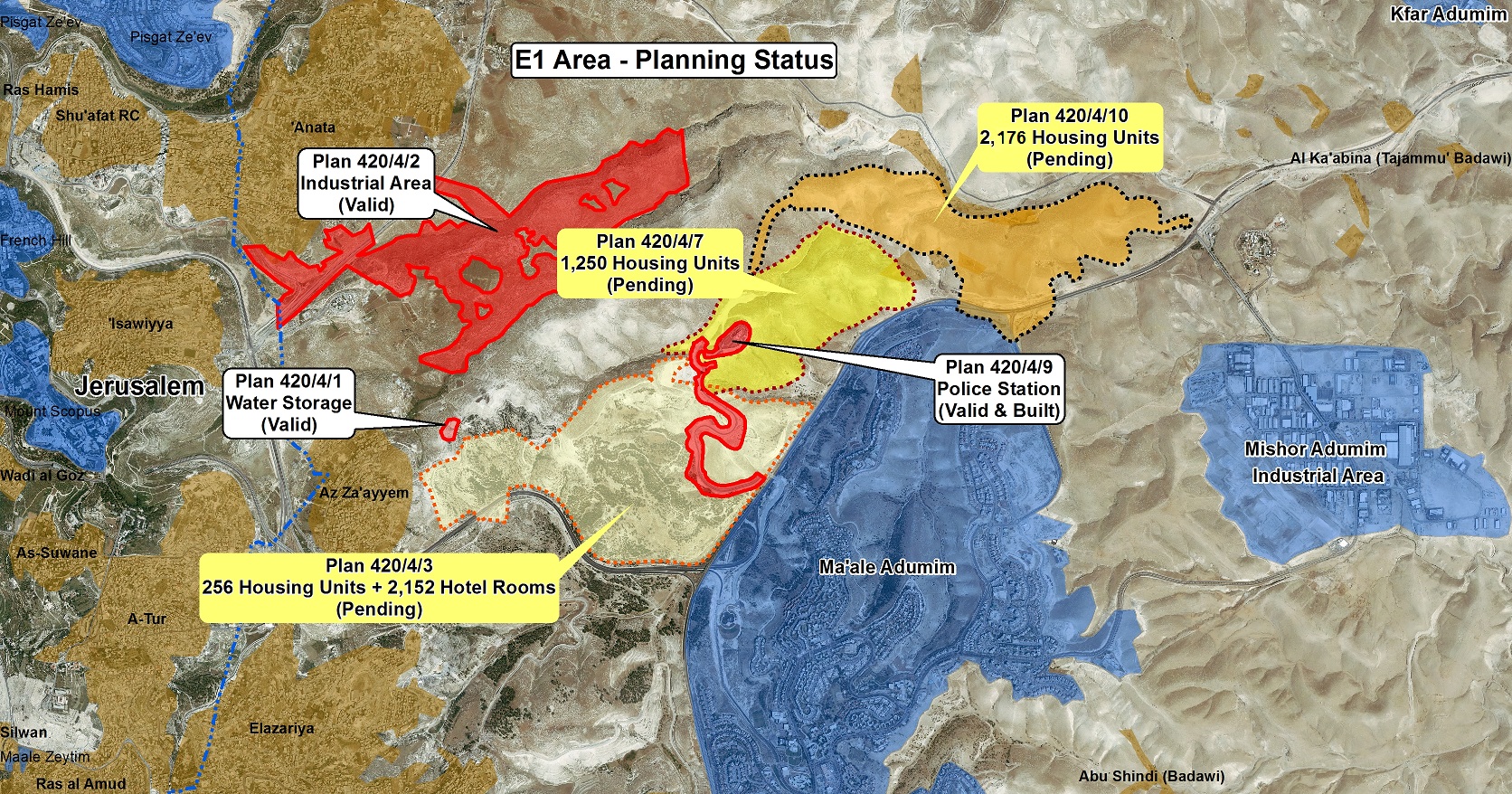