The Ministry of Housing issued an official statement on the intentions to publish tenders for 2,230 new housing units beyond the Green Line. 1,557 of the housing units are planned in East Jerusalem (749 in Har Homa, 743 in Ramot and 65 in Pisgat Ze’ev), and the remaining 673 units, are planned for different settlements in the West Bank: Ariel – 277 housing units; Efrat – 277; Har Adar – 79; and Maale Edumim – 40 housing units.

This is an unprecedented amount of tenders. Since the beginning of Netanyahu’s government in March 2009, tenders for 785 housing units in East Jerusalem were published, and none for the settlements in the West Bank. 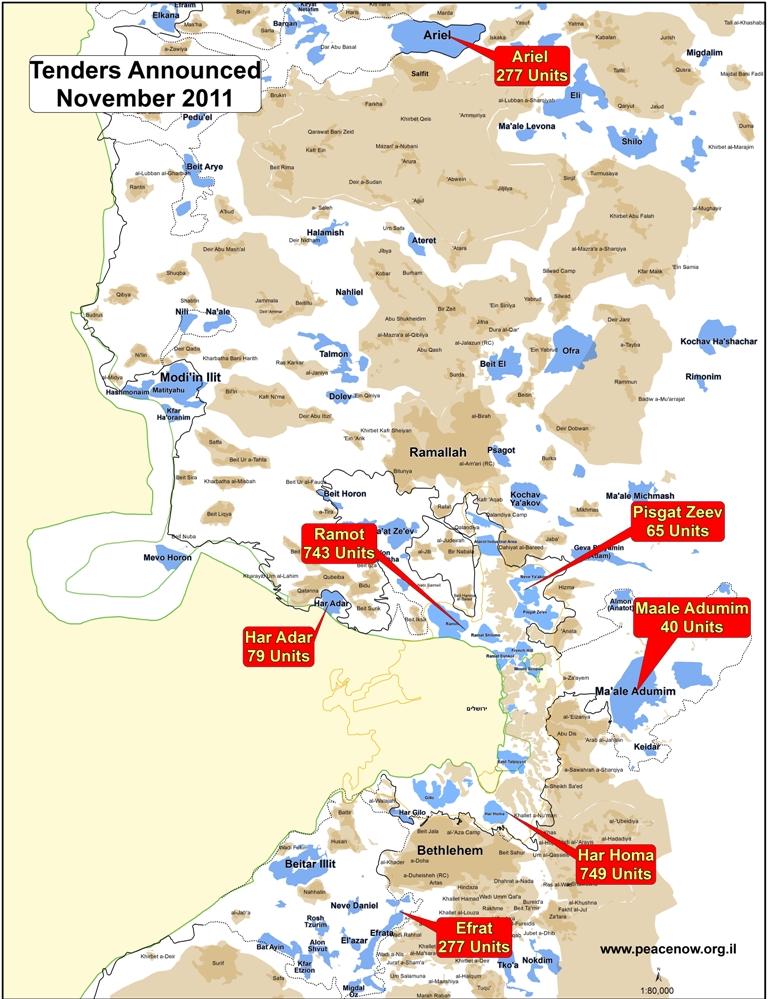 It is important to mention that this announcement by the Ministry is not an official publication of tenders but a general announcement of the intention to publish those tenders in the near future.