This morning, new tenders were issued for 641 housing units in the settlements of Beitar Illit, Ofarim, Ma’aleh Adumim and Karnei Shomron. 63 percent of these units would be evacuated as part of a two-state solution, according to the Geneva Initiative lines. In addition, a number of tenders were published for the purpose of establishing hotels in Ma’aleh Adumim and for commercial purposes at Beitar Illit, Oranit and Immanuel.

2018 is a record year of tender units published, ever since such figures were recorded online in 2002. Since the beginning of the year, tenders were issued for a total of 3,808 housing units throughout the West Bank, compared with 3,154 housing units in 2017, which itself was a high year in contrast to the previous two.

Many factors go into how many tenders are published each year, but the rise in the past two years can confidently be linked to increased pressure within the Israeli governing coalition for settlement expansion, emboldened by the lack of a deterrent from the United States since the inauguration of President Donald Trump.

In addition to these tenders, the Higher Planning Committee of the Civil Administration approved settlement plans for 2,191 units yesterday, bringing the total number of such units promoted in 2018 to 5,618.

The breakdown of tenders published is as follows:

Peace Now: “A government that promotes its construction in such an intensive manner, and in places where it will have to return in the future, is a government that does everything possible to prevent the end of the occupation and the chances of reaching a final political agreement. Netanyahu is willing to sell the interests of the Israeli public in order to give more gifts to the settlers and buy more votes for his political survival.” 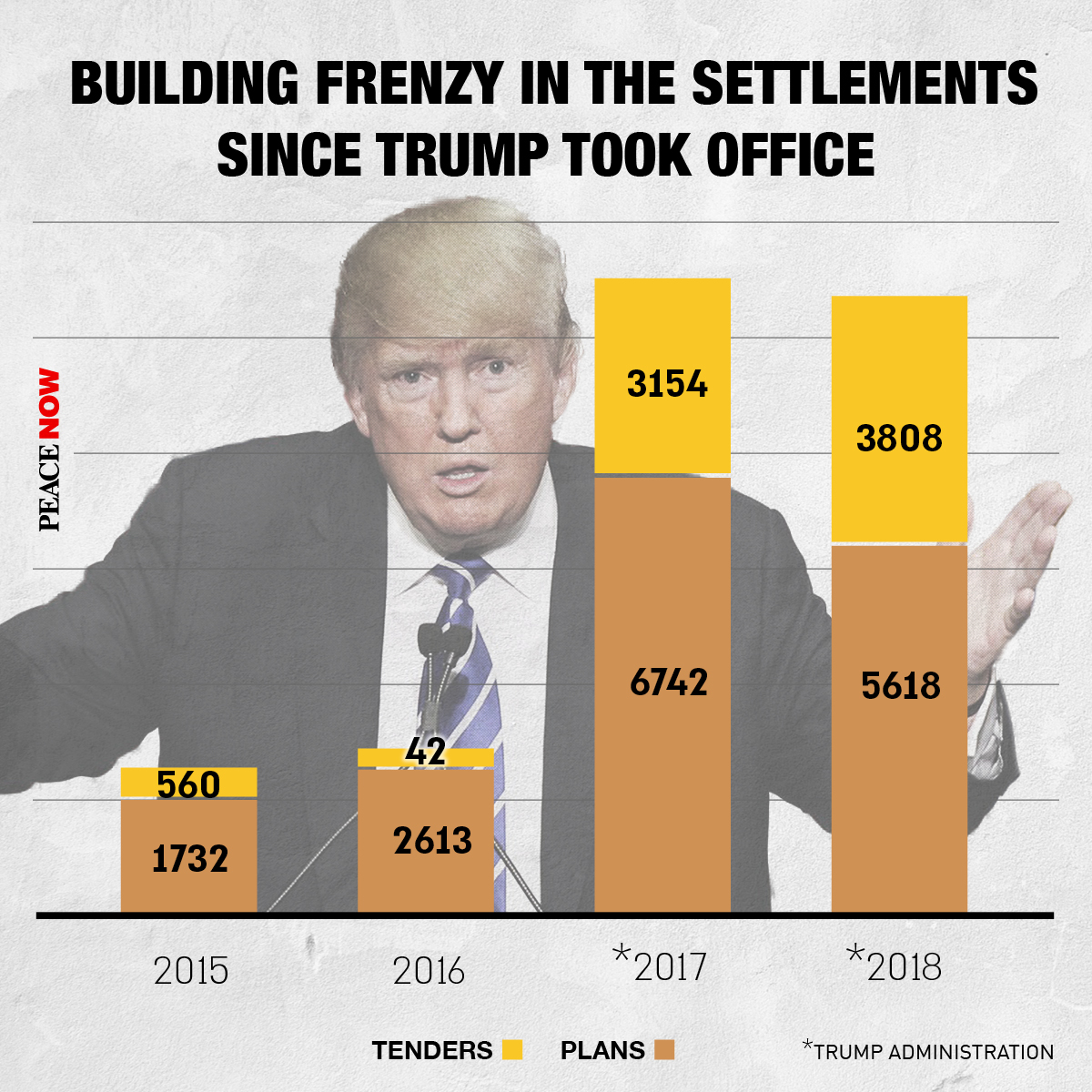