The Ministry of Housing published the list of upcoming tenders that will be issued in the next few months. The list includes some 4,500 units all around Israel, and another 1,216 units in settlements and in East Jerusalem.  Those units are part of the 3,000 units that the Government announced following the UN resolution on a Palestinian state three weeks ago. The tenders themselves are expected to be issued in the coming weeks or months. Usually it takes a few months to a year from the issuing of the tender till the construction on the ground begins.

Many of the housing units in the Ministry of Housing’s list are in settlements that are far from the Green Line, at the heart of theWest Bank and beyond the built separation barrier. Those are settlements that makes an agreement between Israel and the Palestinians much harder, and that in previous negotiations were never agreed upon to be swapped as part of the lands swap: 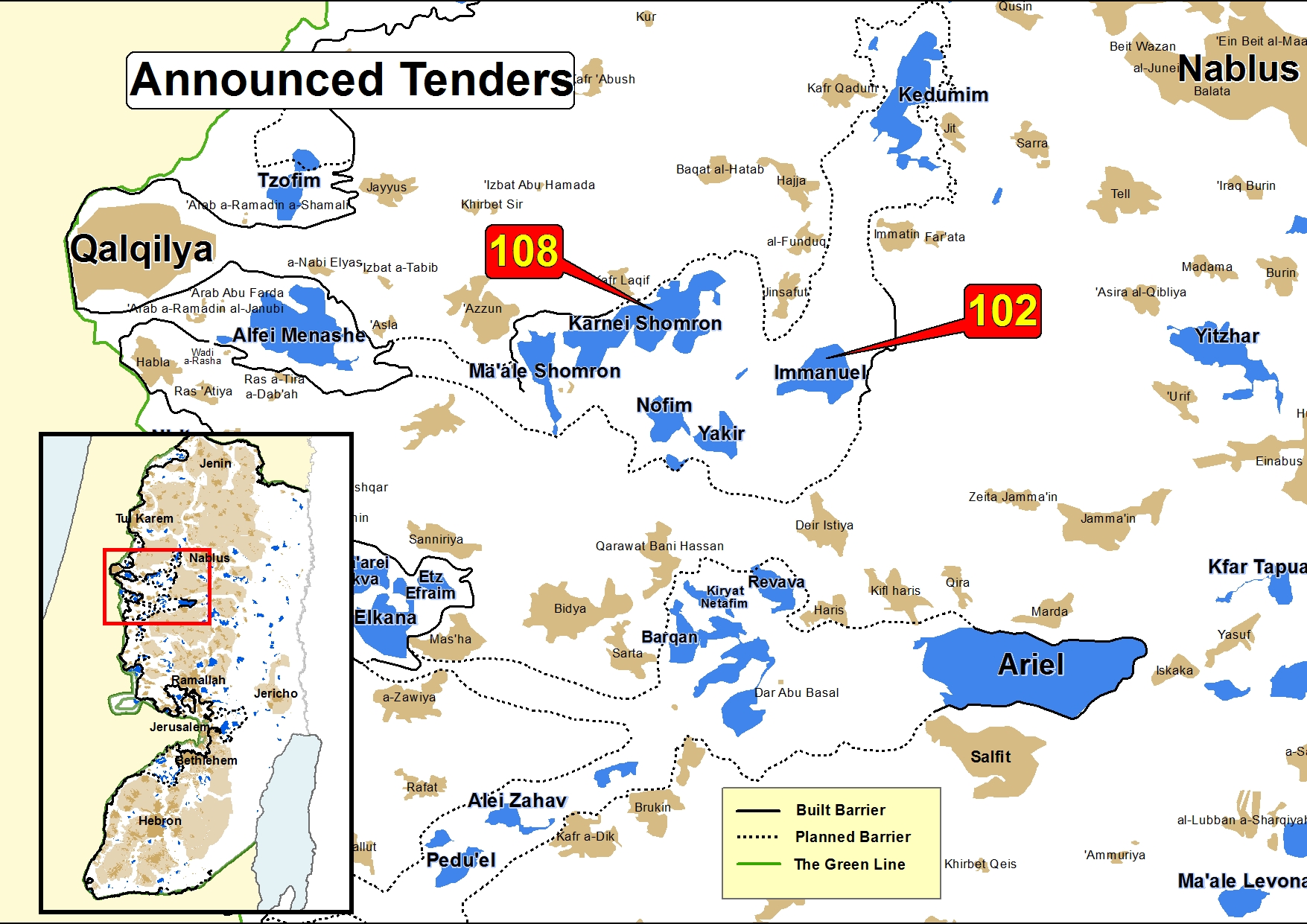 Other settlements West of the Barrier: 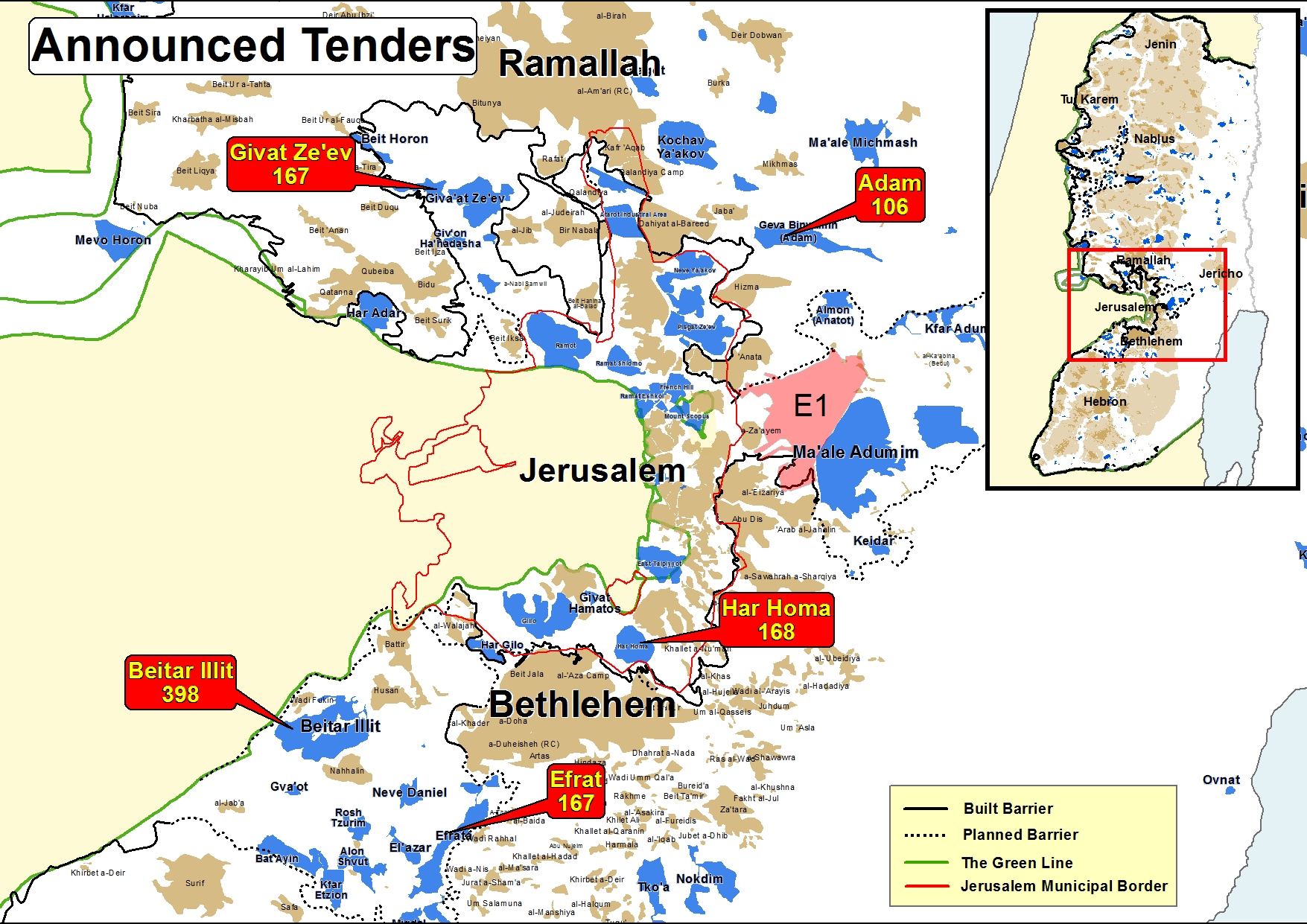 Such a list of planned tenders is not the official issuing of tenders; contractors cannot propose their bids according to that list. Only when a tender is officially published in ads in the newspapers and on the website of the Israel Land Administration or of the Ministry of Housing, can one propose a bid. However, these lists can allow the Government to argue, when the tender is finally issued, that the tender is not new and it was already published in the list.

See more on lists of tenders by the Ministry of Housing