The Jerusalem Mayor, Nir Barkat, in a rare step, ordered 600 dunams of the lands of Issawiya to be temporary confiscated for gardening purposes, using a special municipal law that allows the municipality to make use of an empty lot for public uses for five years, in cases where the owner does not develop it. The orders were found by residence of Issawiya spread out in the fields, on Sunday 28/6/15.

The lands in question are targeted by the authorities in recent years, where a plan to declare them as a National Park are promoted in order to create an Israeli dominated continuity between Jerusalem and the area of E1. The park is also meant to block the potential development of the adjacent neighborhoods of Issawiya and A-Tur. 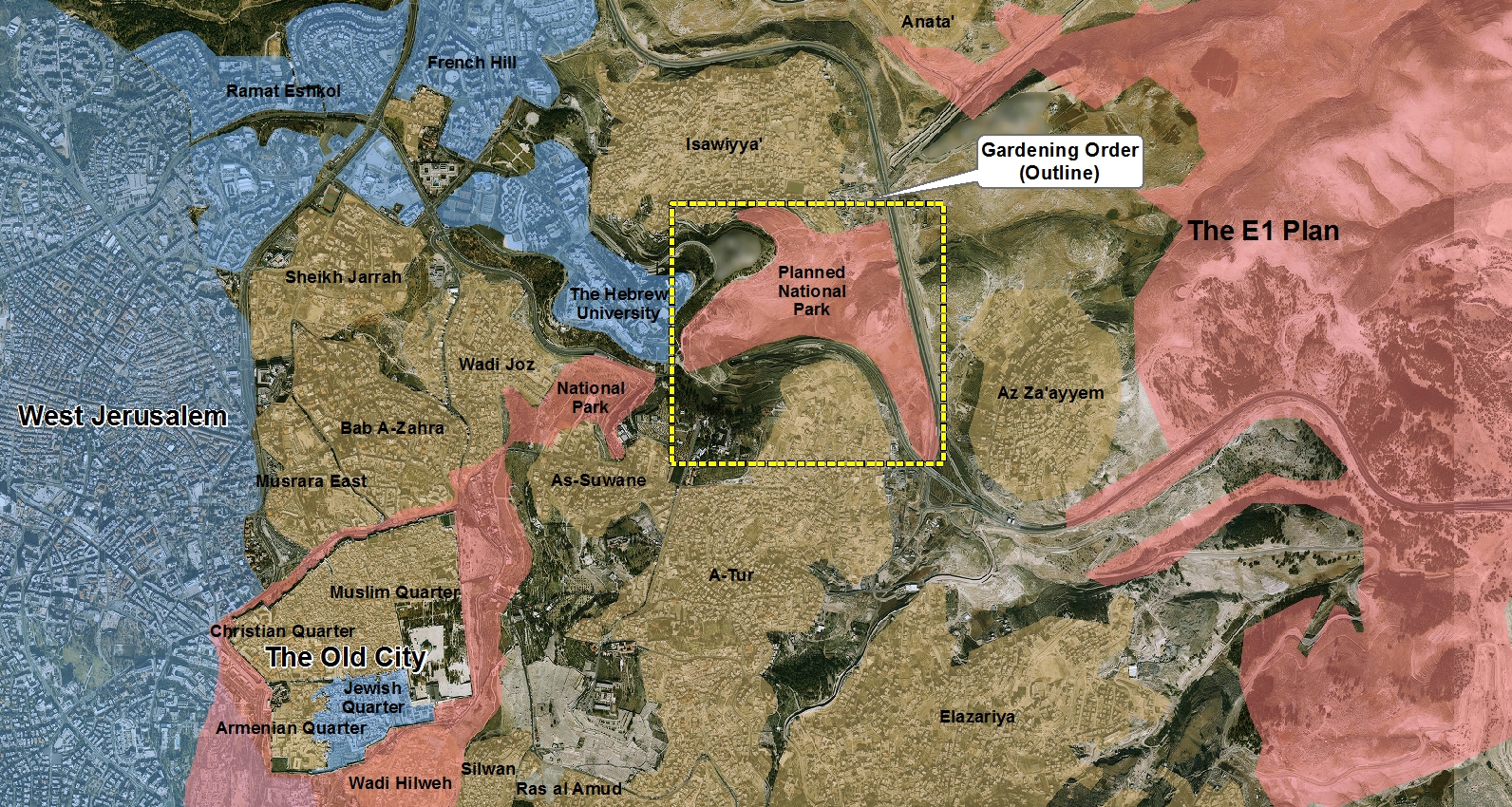 Following a long struggle against the planned National Park, the park has yet to be officially declared. It seems that in order to bypass the need to declare the lands as National Park, the authorities are trying to take over the lands through another problematic legal means. The original purpose of the municipal Gardening Use Law was to allow the municipality to make temporary use of empty lots in the middle of town for the public benefit (for gardening and parking). The law never meant to allow the municipality to make use of large open areas.
It is also required according to the law, that the owners refuse or choose not to make use of the lot. When the owner wants to use his or her private property they are allowed to do so, with accordance with the approved construction plans. In the case of Issawiya, the owners wish to make use of their land. One month ago, the municipality uprooted a Bustan, trees that were planted by the Palestinians, because it was done without a permit. It seems now very hard to explain why a Gardening Use Order is required in such case when the owners wish to do the gardening by themselves.

Peace Now: “The goal of the authorities is to prevent any potential Palestinian capital in East Jerusalem by taking over and blocking the lands necessary for the future development of a viable Palestinian state. The Jerusalem Municipality and the National Parks Authority seem so obsessed with creating an Israeli dominated corridor in the area, that they lost their common sense. These orders are making a mocary of the law and are using it only as a pretext for a political goal”. 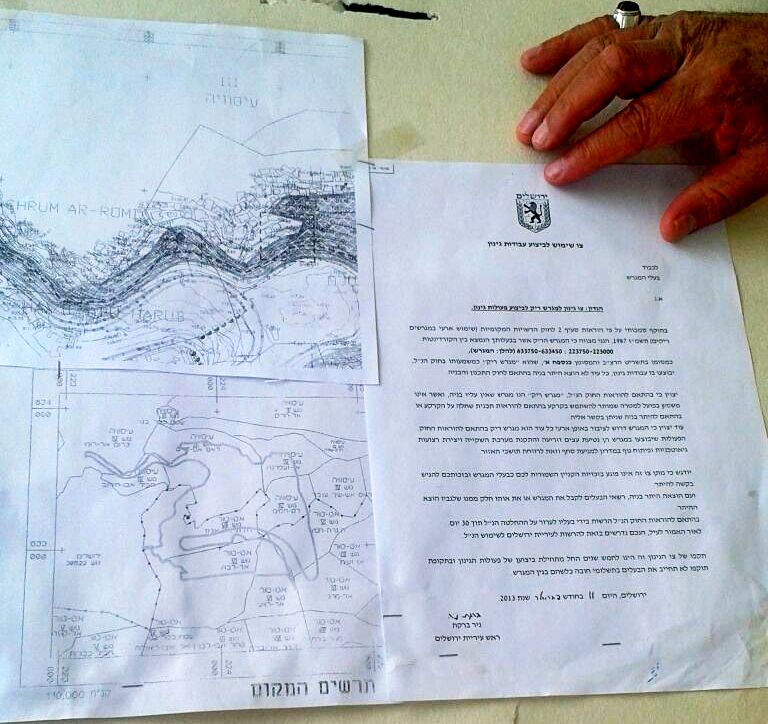 Copy of one of the orders