Settlers entered last night (30.09.2014) into 6 buildings in Silwan, in the area of Wadi Hilweh creating a new reality in the sensitive area, just few meters from Jerusalem’s Old City and Temple Mount (Al-Aqsa Mosque). Despite settlers claim to have purchased the buildings from Palestinians, some owners of the buildings are denying any sale and have begun operating in order to evacuate the settlers, among others, through legal procedures. 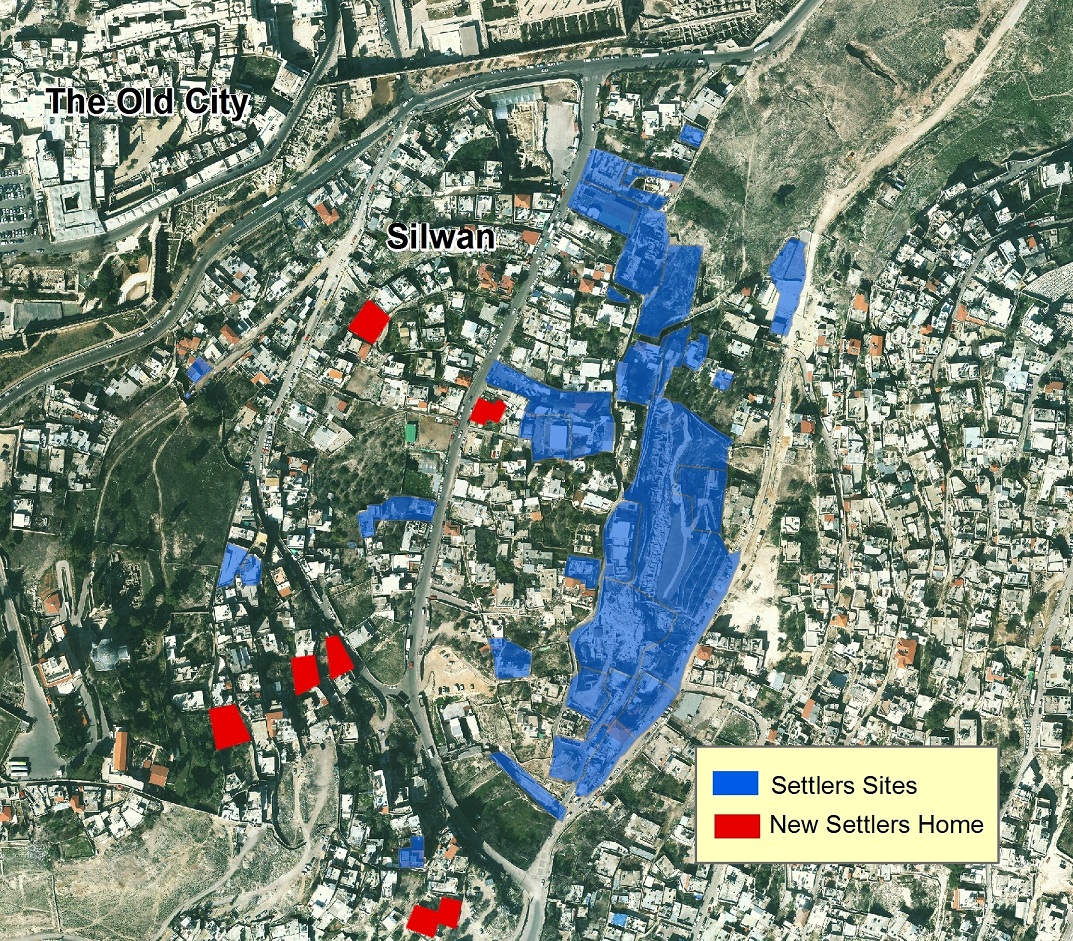 The implication of this offensive act has far reaching consequences.  It is the largest settler operation since the creation of settlements at Silwan, back in 1991. The 6 buildings consist of approximately 20 housing units, which could thus expand the settler presence by about 100 settlers, an increase of about 35% from the amount of settlers in the area as of yesterday.

The political context of the matter is heavily severe. Albeit if the government of Israel was not a direct agent in the current settler entrances, its policies granted the radical settlers to achieve substantial powers that they can determine almost at will the political reality, and among others, the planning, constructions, tourism, purchases and policing at the Palestinian neighborhood. Government and municipal policies allowed the settlers to create their own private guard which secured this operation at the middle of the night. After the dramatic entrances, the Israeli police are now protecting the newly created settlements. The unjust and dangerous reality at Silwan has been achieved after 2 dozen years that the Israeli government and police are allowing and supporting the different settler operations.

The creations of the new settlements come at a horrifying time in Jerusalem. Since the murder of Mohammad Abu Khdeir, nearly 3 months ago, there are heavy tensions in the city, including almost daily violent clashes at Palestinian neighborhoods. This upcoming Friday both the Jewish holiday of Yom Kippur and the Muslim holiday of Eid al-Adha will be celebrated, causing further pressures and tense, especially around Al-Aqsa Mosque.