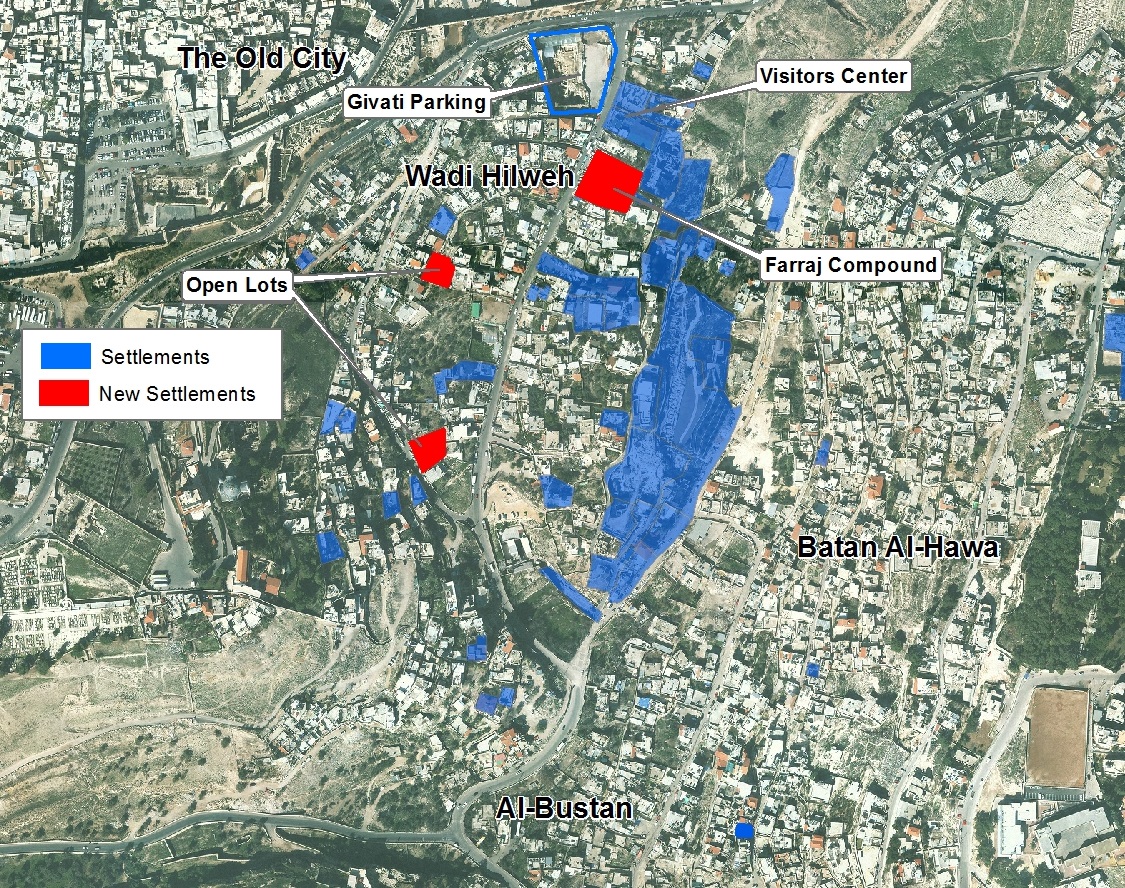 Palestinian Faraj family compound near the settlers’ visitors’ center – The settlers managed to purchase three of the four apartments in the compound from the owner.  The fourth apartment is populated by a Palestinian family which, by order of the court, was recognized a protected tenant.
The seller’s wife and children refused to vacate the house.  In the morning, they were summoned to a police investigation regarding a complaint filed by the wife and while they were at the police station, the settlers entered the house accompanied by police officers. 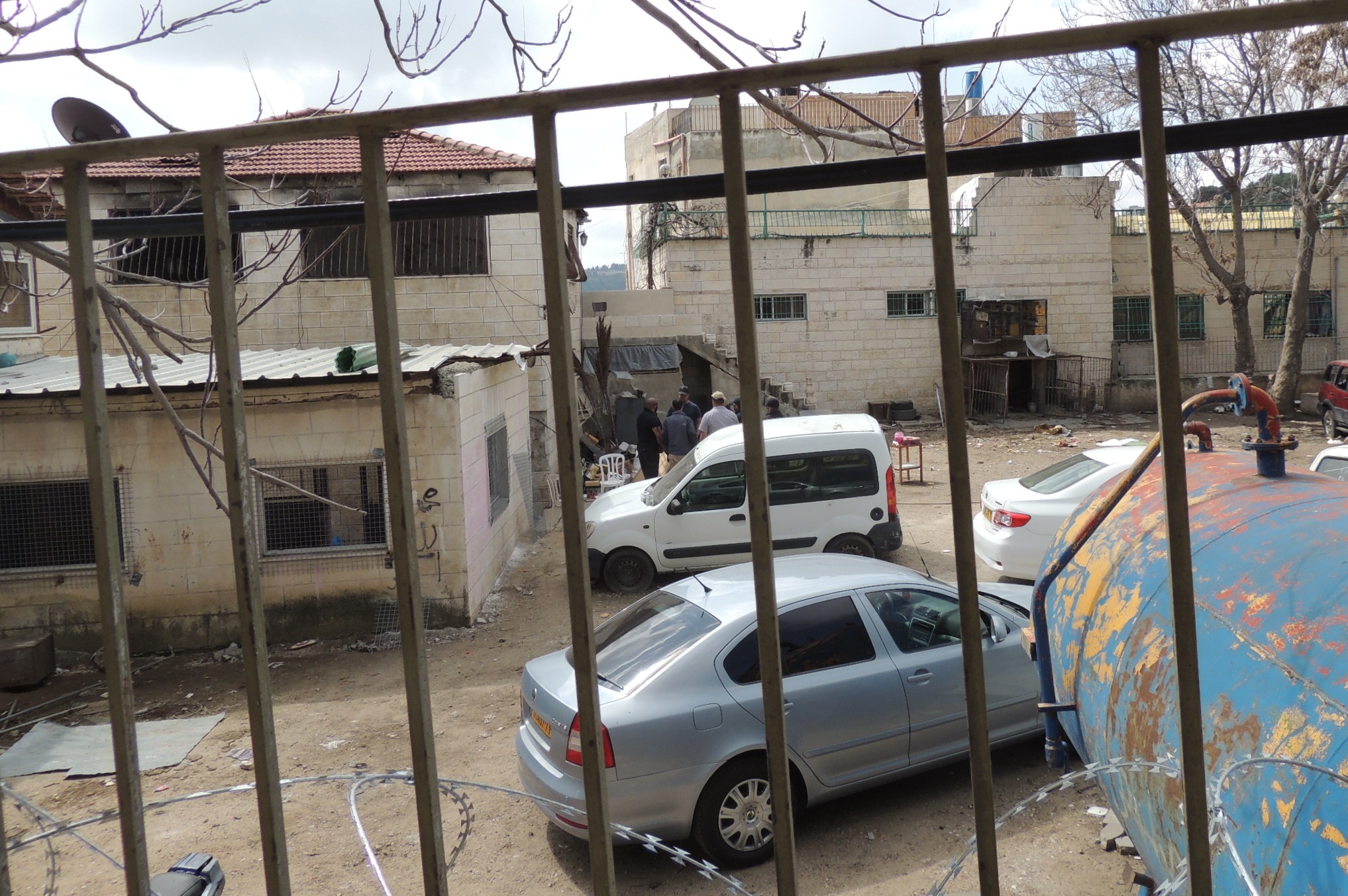 Settlers at the Farraj Family Compound, 19/3/15

Open land plot on Baidun Street – The settlers fenced the area, placed a container on the land and began works for cleaning and flattening the land.  The site may be used as a parking lot or another activity. 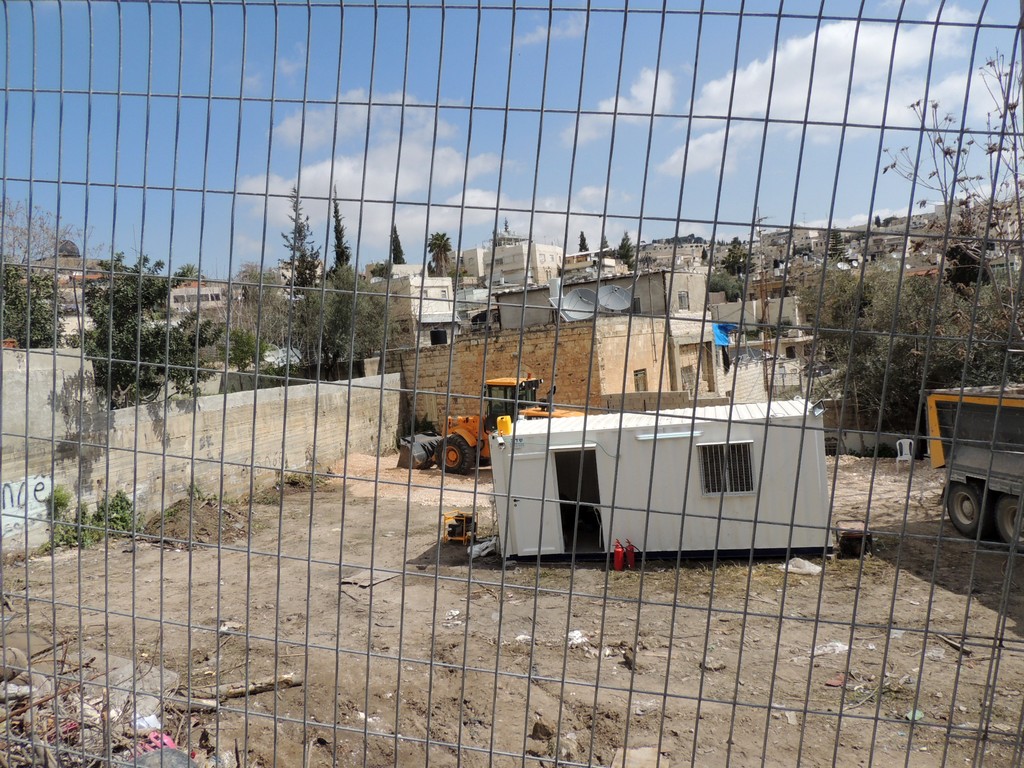 Open land plot at the center of Wadi Hilweh – The settlers fenced the area and placed two lightweight structures on it with guards.  The site may serve for an archeological dig or other purposes. 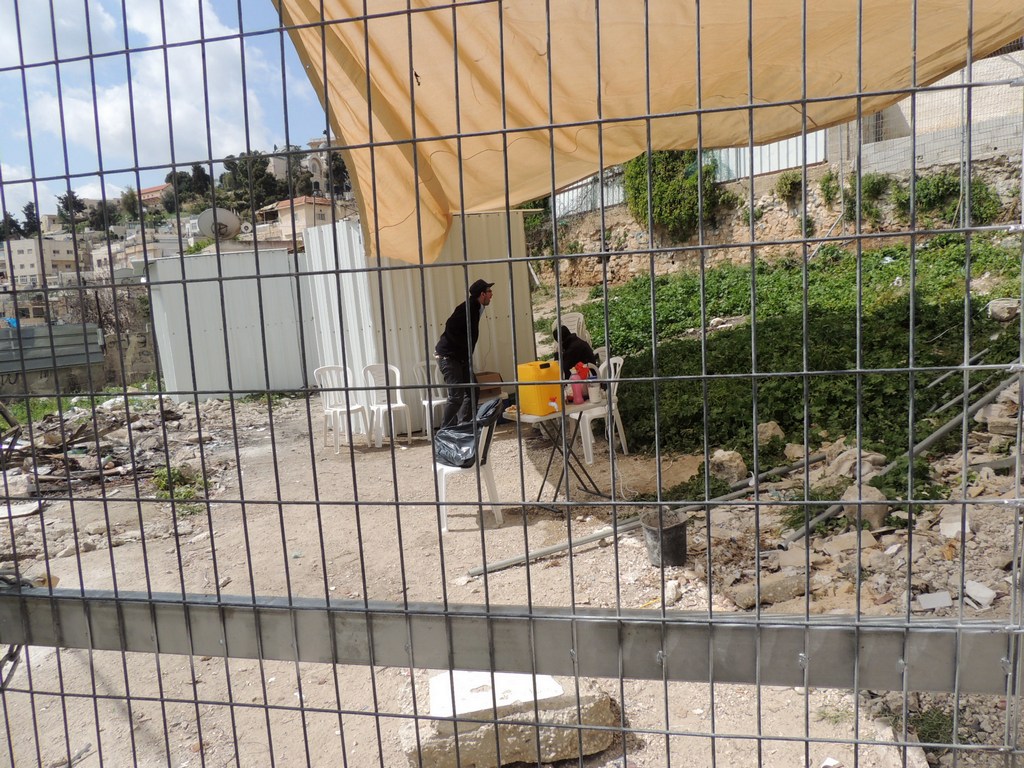 The settlers obtained all of these houses by acquisition from the Palestinian owners.  In some instances, the issue was addressed in court, which ruled that the property is owned by the settlers.  It is important to note that, in April 2006, one day after the elections then, Elad settlers entered a structure that they purchased in A-Tur (“Beit HaChoshen”).  Then too, the action was taken on a day when public attention was averted to the results of the elections.