Last week, several press reports have suggested that the government is preparing to advance 15,000 new housing units in three Israeli neighbourhood-settlements at East Jerusalem. According to the publications, the plans are for the establishment of a new neighbourhood at Atarot (10,000 housing units), expanding Ramat Shlomo (3,000 housing units) and establishing Givat Hamatos (2,000).

Peace Now is deeply concerned regarding the possible development in Givat Hamatos in particular, which is the most immediate, and will pose a serious threat for a compromise in Jerusalem based on the Clinton Parameters, and thus for the possibility of a two state solution.

There are four plans, at different planning stages, for Givat Hamatos. The plans, initiated by the Israeli Land Authority (ILA) and the Jerusalem Development Authority (JDA), are being promoted in Jerusalem municipality’s local planning committee, comprised of elected and politically motivated city council members.

Given that a plan for 2,610 housing units was approved back in 2014, we assume the advancements of housing units there will take shape in the form of tenders, which are the last official step before construction can begin on the ground.

The implication of construction in Givat Hamatos are as follows:

d. Challenging the International Community with a highly significant development. 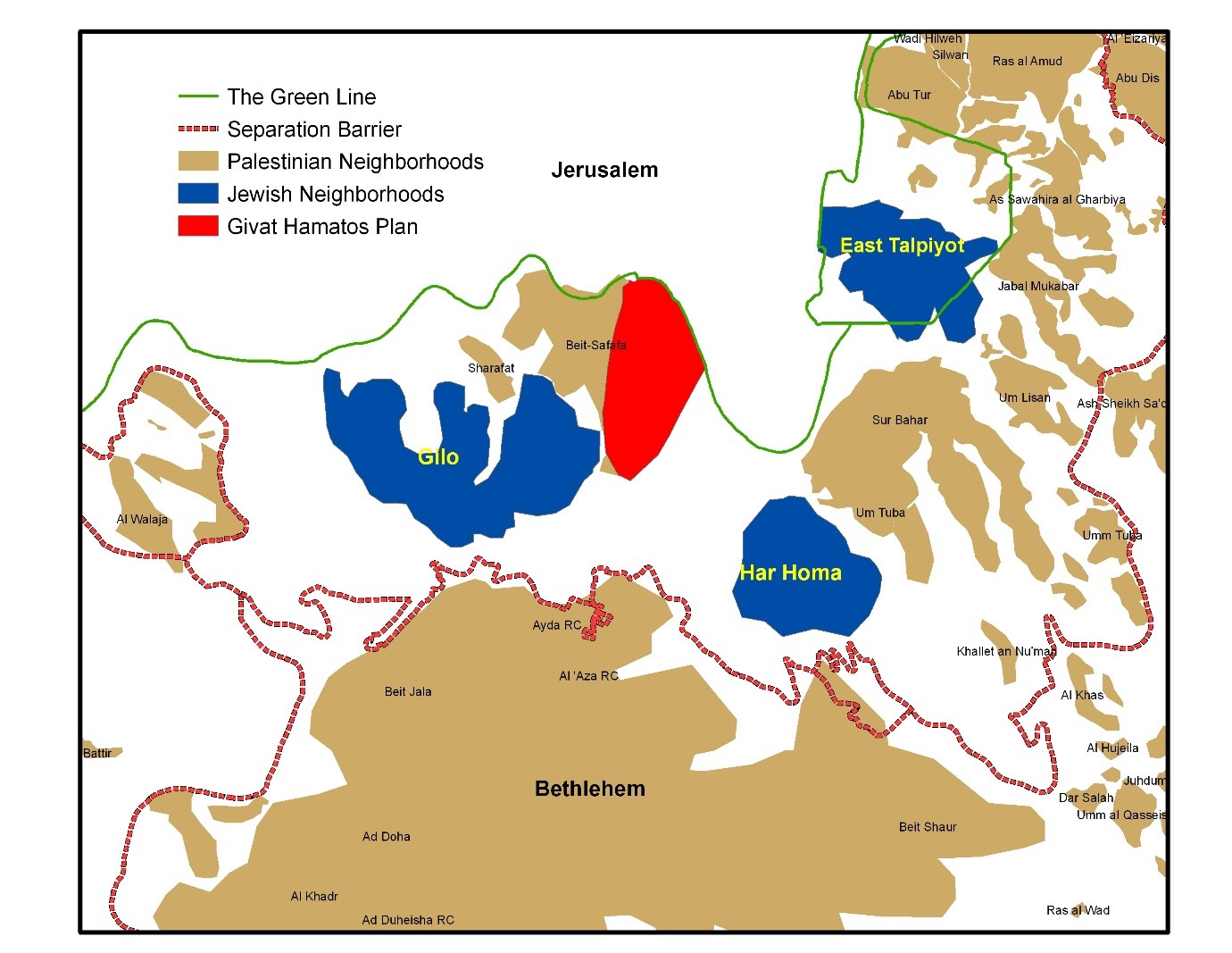 The establishment of a new neighbourhood at Atarot will be a devastating new development that will hinder the possibility of a two-state solution. It will create a new fact on the ground that will isolate Ramallah from East Jerusalem. In the past, there have been indications of a desire to establish this neighbourhood, however we are not familiar with an actual plan that is being promoted. If publications are true, it will be the first time that such a plan is exposed to the public and advanced. Currently Atarot serves as an industrial area and it has an airport that ceased to function in 2001, considered by Palestinians to be their future airport in Palestine. 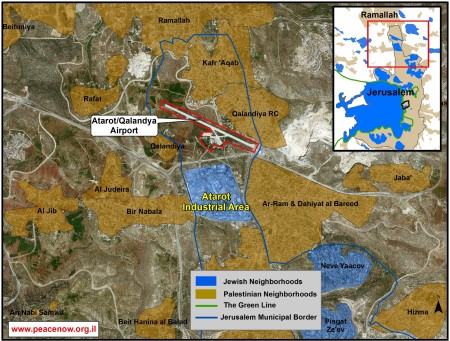 Ramat Shlomo has become familiar due to the tenders that were published for the neighbourhood during a visit of then US vice president Joe Biden in 2010. It is likely that advancing 3,000 new housing units at Ramat Shlomo would impact the territorial border of the settlement however we currently do not have information regarding any such plans.