The Higher Planning Committee of the Civil Administration approved today (August 22, 2018) plans for 1,004 housing units in the settlements, 96% of which are in isolated settlements that Israel will likely need to evacuate within the framework of a two-state agreement (according to the Geneva Initiative model). In addition to the approval of the plans, and according to media reports, the government intends to promote hundreds more housing units by issuing tenders, as well as promoting a future plan for some 300 units in Beit El.

Two plans for the legalization of illegal outposts, which were supposed to be discussed today, were removed from the agenda following the instruction of the Ministry of Defense. One of them, “Haro’e Ha’ivri (Nofei Prat South),” which was established illegally in 2015, is located just 1.5 km away from the Bedouin community of Khan Al-Ahmar that the Israeli government plans to demolish.

Since President Trump was elected the government promoted plans for 10,536 units and tenders for 5,679 units in West Bank settlements. 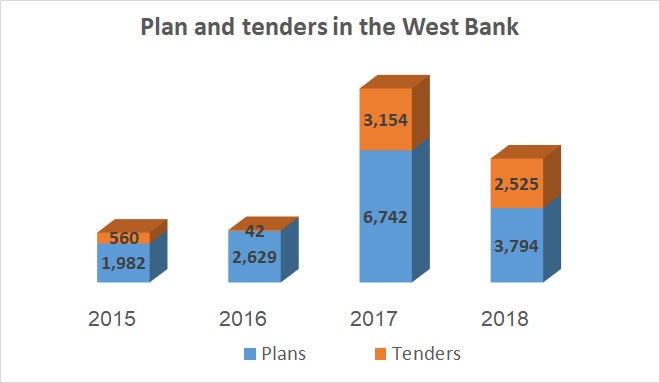 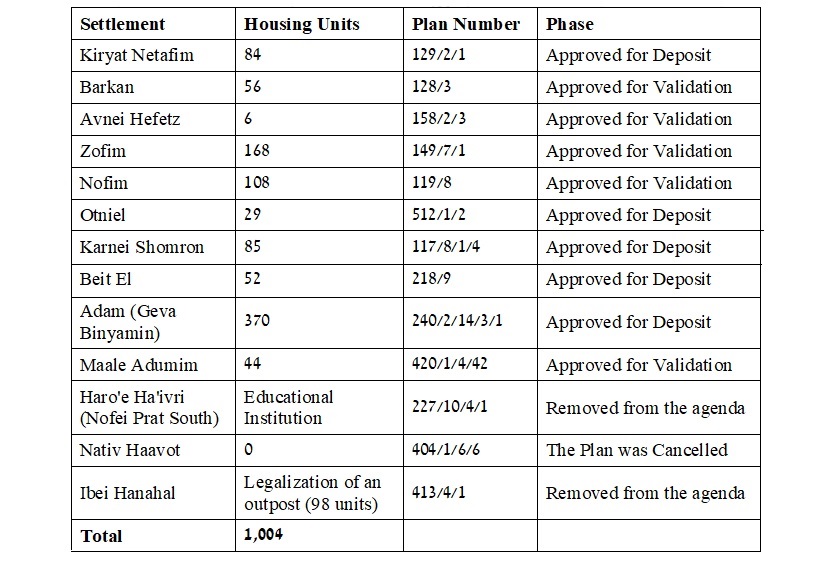 On August 14, 2018 two new tenders were issued for the construction of 511 units in the settlement of Beit Arie, and for 603 units in Ramat Shlomo in East Jerusalem. In addition, according to media reports, the government is planning to promote the construction of another few hundreds of units by issuing new tenders: in Adam (Geva Binyamin), Alfei Menashe and Maale Efraim.

Furthermore, the Israel Hayom newspaper published that government approved the promotion of a new plan in Beit El adding some 300 units to the 296 approved in recent years.