The results were outrageous; while many people in Israel struggle to pay to the overblown prices of public transport – settlers beyond the Green Line have subsidized fares of up to a half of the price of regular costs.

The data we discovered has been made into flyers and posters that are being distributed throughout the country to raise awareness, and it is being further publicized through a Channel Two News Story that we generated on the issue which can be seen here (in Hebrew): NEWS.

Here is some of the data we discovered:

Here are the flyers that are being distributed: They portray the same information listed in the table above: 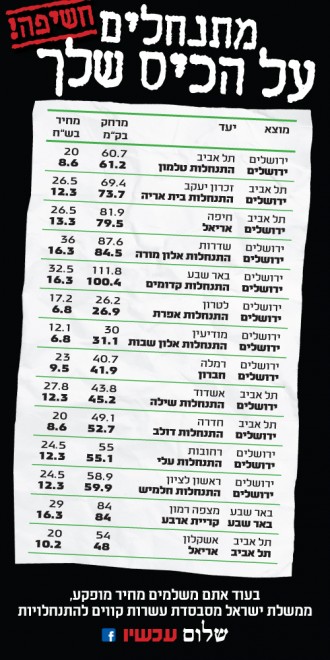 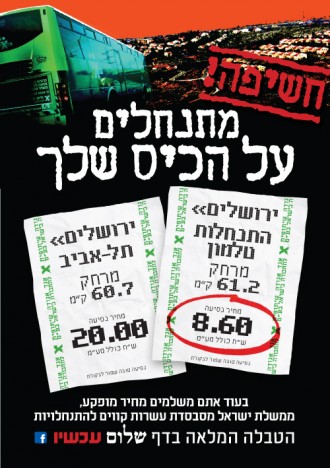 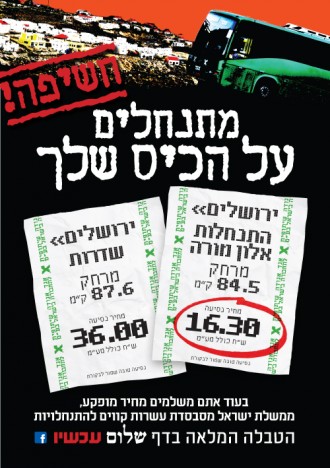