This week the Knesset approved the economic sector budget cuts and minutes after the vote, the Finance Committee met and transferred millions of dollars to the Migron illegal outpost.

The Israeli government is investing millions in two new sites for Migron settlers, who retracted their consent to be evacuated and appealed the courts to stay in Migron
.
Breakdown of expenditure at both sites so far (Adam and Hill Winery):

Meet the New Millionaires!
There are Israelis who are not waiting for a phone call from Erella (lottery rep)
On one hand the government approves harsh economic measures, and with the other hand promises millions of shekels more to the settlements!
The government is currently constructing two alternative sites for Migron settlers and has so far spent at least 75 million NIS.
That’s about 1.5 million shekels for each family.
So the Israeli government is investing huge sums of money for the settler who builds illegally. 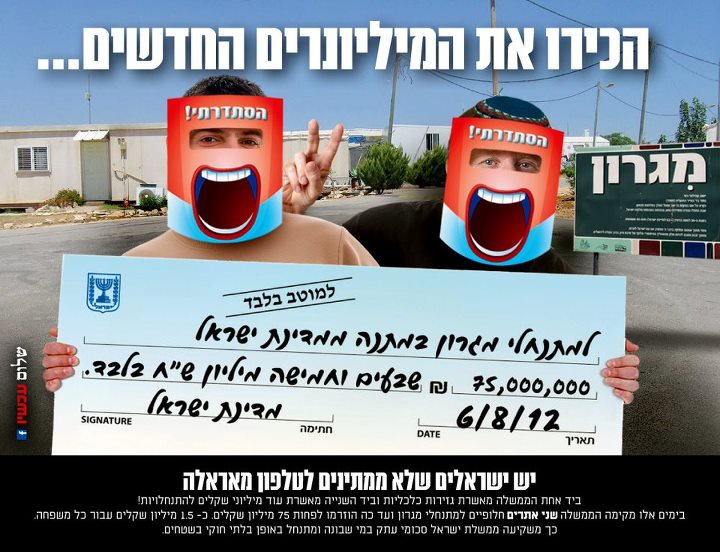