Peace Now has asked the Attorney General to launch an investigation against MKs Regev, Danon and Ben-Ari for incitement to violence follwinga  rally in south Tel Aviv, where MK Regev called Refugees “a Cancer in our body that must be removed” and MK Ben Ari called the Refugees “Rapists amongst us, the time for words is over” – immiediately following the rally there was a riot by the crowd who attacked refugees in the area and looted local shops. .

Peace Now has appealed in a online petition and letter to the AG to investigate the MK’s.

“The MKs’ racist calls and incitement to violence were quickly translated into action on the ground.” 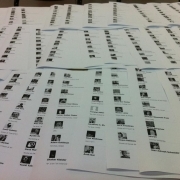